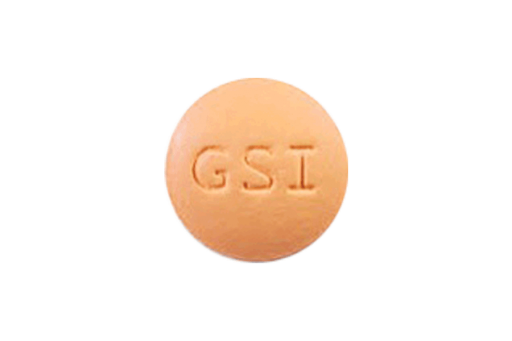 Used only as a booster for other drugs; recommended as a component of initial regimen in certain clinical situations

For adults and children weighing at least 77 pounds (if taken with atazanavir, brand name Reyataz) or at least 88 pounds (if taken with darunavir, brand name Prezista or in the single-tablet regimen Symtuza; anyone taking darunavir must be at least three years old). Tybost is not an HIV drug; it is a pharmacokinetic enhancer or a “booster” used to increase the levels of Prezista 800 mg once daily, Reyataz 300 mg once daily, or elvitegravir 150 mg in Stribild and Genvoya. Tybost is not interchangeable with Norvir when used to increase the levels of other HIV medications.

Take missed dose as soon as possible (at the same time as any separate medication prescribed) unless it’s closer to the time of your next dose. Tybost is not recommended for people with CrCl less than 70 mL/min when co-administered with a regimen containing TDF or for people with severe liver problems.

Side effects observed in clinical studies (greater than 2% of people) include rash, jaundice, and yellowing of the eyes. However, it was studied with Reyataz so the jaundice and yellowing of eyes were most likely due to the Reyataz component. Before taking Tybost, kidney function testing should be conducted, including serum creatinine (SCr), serum phosphorus, urine glucose, and urine protein. These measurements should continue to be monitored while taking Tybost. Cobicistat can cause a small, reversible increase in serum creatinine within the first few weeks of treatment without affecting actual kidney function. While cobicistat does not affect actual kidney function, its effect on SCr can make monitoring of impaired kidney function more difficult or less accurate.

Tybost interacts with many drugs. Of note, Tybost is not interchangeable with Norvir. Do not take with alfuzosin, colchicine, dihydroergotamine, dronedarone, ergotamine, irinotecan, simvastatin, lovastatin, lurasidone, methylergonovine, ranolazine, rifampin, pimozide, triazolam, oral midazolam, Revatio, or St. John’s wort. Tybost may increase levels of nasal or inhaled fluticasone (Flonase, Advair, Breo Ellipta, Arnuity Ellipta, and Flovent). Use an alternative corticosteroid and monitor for signs of Cushing’s syndrome (increased abdominal fat, fatty hump between the shoulders, rounded face, red/purple stretch marks, increased appetite, bone loss, possible high blood pressure, and sometimes diabetes). No significant interactions with beclomethasone. Tybost may increase levels of certain calcium channel blockers, beta blockers, HMG-CoA reductase inhibitors (statins or cholesterol medicines), anticoagulants, antiplatelets, antiarrhythmics, antidepressants, sedative-hypnotics, rifabutin, bosentan, erectile dysfunction agents, inhaled corticosteroids, and norgestimate. Caution should be taken, with possible dose adjustments of these medications, when used with Tybost. Sporonox (antifungal) and Biaxin (antibiotic) may increase Tybost concentrations. Tybost may also increase Biaxin levels. Rifabutin and some anti-seizure medications, such as carbamazepine (Tegretol), phenobarbital, and phenytoin (Dilantin) may decrease Tybost drug levels. Start metformin at lowest dose and titrate based on tolerability and clinical effect. Do not take with Olysio, Viekira Pak, or Zepatier. Avoid Harvoni if tenofovir disoproxil fumarate (TDF) is part of the HIV regimen. Tybost has similar drug interactions as Norvir, but they are not interchangeable, and there may be some drug interactions with Tybost that are not observed with Norvir. Tybost may increase levels of methamphetamines. Tell your provider or pharmacist about all medications, herbals, and supplements you are taking or thinking of taking, prescribed or not, as there are other drug interactions which are not listed here.

Tybost is not an HIV medication. It is used to boost blood levels of Prezista and Reyataz and is available in fixed-dose tablets with those medications (see Evotaz and Prezcobix, also the single-tablet regimen Symtuza). Cobicistat is also part of the single-tablet regimens Genvoya and Stribild to boost the elvitegravir component. All of these aforementioned regimens are recommended in the DHHS treatment guidelines for use in certain clinical situations. Tybost shares some of the same side effects, such as increased cholesterol and increased triglycerides, as Norvir; however, in clinical trials they were less pronounced. Tybost co-administered with elvitegravir, darunavir, or atazanavir should not be initiated in pregnant individuals and is not recommended during pregnancy. Inadequate levels of ART (antiretroviral therapy) in second and third trimesters as well as viral breakthroughs have been reported. Tybost is not recommended during pregnancy. Pregnant individuals can voluntarily enroll in the Antiretroviral Pregnancy Registry through their provider; go to apregistry.com.

Cobicistat is used to boost drug levels of atazanavir and once-daily darunavir, and is part of the STRs containing elvitegravir. However, you cannot just substitute COBI for ritonavir in all circumstances. For example, it should not be used twice daily with darunavir 600 mg.

COBI has no antiviral effect, but it does have all of the drug interactions of ritonavir and some that are different. There are quite a few drugs that absolutely can’t be taken with cobicistat. Rather than trying to memorize these or other drug interactions, look them up at hiv-druginteractions.org and discuss with an HIV care provider. Many of these can be managed by dose changes, but not always. Be sure that anyone prescribing drugs for you knows that you take a cobicistat-containing regimen.

COBI will raise your blood creatinine level, but only by about 0.4 mg/dL or less. This is due to changes in secretion by the kidneys and not because of kidney disease. However, when COBI is used with TDF, some serious kidney side effects may be seen, so kidney function should be watched closely.

Cobicistat-containing regimens should not be taken in pregnancy due to inadequate drug levels of COBI and the drug it boosts in the second and third trimester. However, if you are pregnant and already on a COBI-containing regimen discuss with your HIV care provider whether it is safe to continue.

The new COVID treatment Paxlovid includes ritonavir, but it can be taken in addition to a cobicistat-containing regimen, with attention to possible side effects. (See “Norvir.”)

Tybost (cobicistat, approved 2014) is a pharmacokinetic booster. By inhibiting a certain enzyme pathway in the liver, Tybost boosts levels of other drugs, including PIs and INSTIs. Tybost is used to boost the PIs atazanavir (Reyataz + Tybost = Evotaz) and darunavir (Prezista + Tybost = Prezcobix). Tybost is also used to boost the INSTIs elvitegravir (in Genvoya and Stribild). A downside of boosting is that it may increase side effects of the boosted drug (PI or INSTI). Given newer options, there is little need for a boosted PI or INSTI these days. If your provider recommends a Tybost-containing regimen, they may have a good reason, but make sure they tell you what it is.