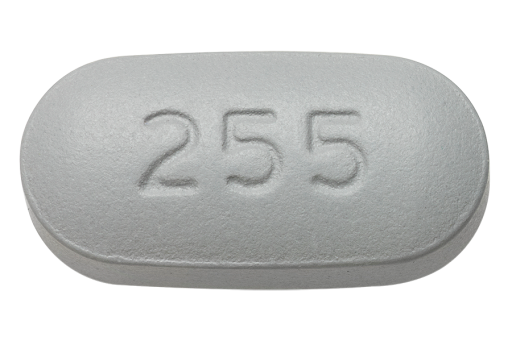 One tablet once daily, with a standard meal. For people taking HIV therapy for the first time (treatment-naïve) or people with suppressed viral load on a stable HIV regimen for at least six months who have no known resistance to the components of the regimen: rilpivirine, emtricitabine, or tenofovir. Tablet contains 25 mg of the NNRTI rilpivirine plus 200 mg emtricitabine and 25 mg TAF in Odefsey or 300 mg TDF in Complera.

For adults and children 12 years of age and older weighing at least 77 pounds (35 kg) and having a CrCl of at least 30 mL/min for Odefsey or 50 mL for Complera. Odefsey should be used with caution in adults with end-stage renal disease (ESRD) with an estimated CrCl below 15 mL/min who are receiving chronic hemodialysis (HD). Take the Odefsey dose after completion of dialysis. Complera should not be used in people with CrCl less than 50 mL/min or severe liver impairment.

According to DHHS guidelines, people taking HIV treatment for the first time should have an HIV RNA (viral load) of less than 100,000 copies/mL and CD4 T cell count must be above 200 cells/mm3 before starting rilpivirine due to higher rates of virologic failure in these people. The CD4 requirement, however, is no longer on the drug label.

Moderate to severe side effects are uncommon; insomnia, headache, and depressive disorders (depression, negative thoughts, suicidal thoughts or actions) were observed. Cases of rash, angioedema (swelling), urticaria (itchy rash), and increased liver enzymes have also been reported with regimens containing rilpivirine. TAF has been associated with potential weight gain. There may be a small increase in serum creatinine (SCr) and decrease in estimated creatinine clearance (CrCl) associated with rilpivirine. Prior to initiation, people should be tested for hepatitis B virus (HBV) infection. Severe exacerbations of HBV have been reported in people co-infected with HBV who have discontinued Odefsey or Complera (due to elimination of the emtricitabine, TAF, and TDF components, which also treat hepatitis B). Monitor liver enzymes closely in co-infection. Initiation of HBV therapy may be warranted upon discontinuation. Call your health care provider right away if you develop any of the following signs or symptoms of hepatitis: yellowing of the skin or whites of the eyes; dark or tea-colored urine; pale-colored bowel movements; nausea or vomiting; loss of appetite; or pain, aching, or tenderness on the right side below the ribs. See Descovy page for more possible effects on kidney function with Odefsey. Increased monitoring for adverse events is recommended for people with ESRD who are taking Odefsey. See Viread for TDF in Complera. See Truvada page for other possible effects on kidney function.

Do not take with Cimduo or Temixys, Descovy, Emtriva, Epivir-HBV, Hepsera, Truvada, Vemlidy, or Viread, which are all used for the treatment of hepatitis B. Proton pump inhibitors (PPIs, heartburn or stomach acid drugs such as Aciphex, Dexilant, Nexium, Prevacid, Prilosec, Protonix, etc.) cannot be taken. Antacids containing aluminum, magnesium hydroxide, or calcium carbonate can be taken two hours before or four hours after Odefsey or Complera. Stomach acid-reducing drugs such as Pepcid, Tagamet, and Zantac can be taken 12 hours before or four hours after a dose of Odefsey or Complera. Do not take with carbamazepine, oxcarbazepine, phenobarbital, phenytoin, rifampin, rifapentine, or the herb St. John’s wort. Do not take with more than one dose of the injectable steroid dexamethasone (sometimes given in the ER or hospital). Use caution if taken with fluconazole, itraconazole, ketoconazole, posaconazole, or voriconazole. Use azithromycin when possible instead of the antibiotics clarithromycin, erythromycin, or telithromycin, because these drugs increase rilpivirine levels, which can increase the risk of side effects. Reduced methadone levels can occur; while dose adjustments are not necessary, it is recommended to monitor for withdrawal symptoms. Taking Odefsey with rifabutin is not recommended. Co-administration of rifabutin with Complera requires an extra Edurant tablet in addition to Complera. Odefsey should not be taken with other medications that prolong QTc interval (a heart problem) or medications with a known risk for torsades de pointes. May be taken with Harvoni and Zepatier, but Complera cannot. Odefsey can be taken with Epclusa, but monitor for tenofovir toxicity with Complera. Tell your provider or pharmacist about all medications, herbals, and supplements you are taking or thinking of taking, prescribed or not, as there are other drug interactions which are not listed here.

Odefsey is an option for people with impaired kidney function. For individuals with HIV-2, more commonly found outside the U.S., an NNRTI would not be recommended as HIV-2 is inherently resistant to NNRTIs. Pregnant individuals virologically suppressed on Odefsey or Complera may continue taking it. Lower exposures of rilpivirine were observed during pregnancy, therefore viral load should be monitored closely. Pregnant individuals can voluntarily enroll in the Antiretroviral Pregnancy Registry through their provider; go to apregistry.com

These STRs differ only in the use of TAF (Odefsey) or TDF (Complera). They are no longer recommended as initial therapy in most people, largely because of potency and drug interactions. Studies showed worse response when used as initial treatment in persons with viral loads ≥ 100,000 copies/mL and CD4 counts ≤ 200 cells/L, so they are not recommended in this population and they certainly are not to be used for rapid start of HIV treatment. They have fewer CNS side effects than Atripla but still can be associated with depression in some people, and can exacerbate pre-existing depression. Elevation in lipids is less than with efavirenz and rash is infrequent but can also occur, along with a severe hypersensitivity reaction. The choice between the drugs should be made based on the side effects of TAF (elevation in both HDL and LDL cholesterol and possible weight gain) and TDF (risk of kidney impairment and loss of bone density). See Descovy and Truvada for more information.

Due to the relatively poor performance of rilpivirine among people with higher viral loads in clinical trials, Odefsey and Complera can be used for initial therapy only by people with a viral load less than 100,000 copies. They need to be taken with food (at least 400 calories) to ensure adequate absorption of rilpivirine. Given other available options, it’s hard to imagine why any provider nowadays would recommend Odefsey or Complera.