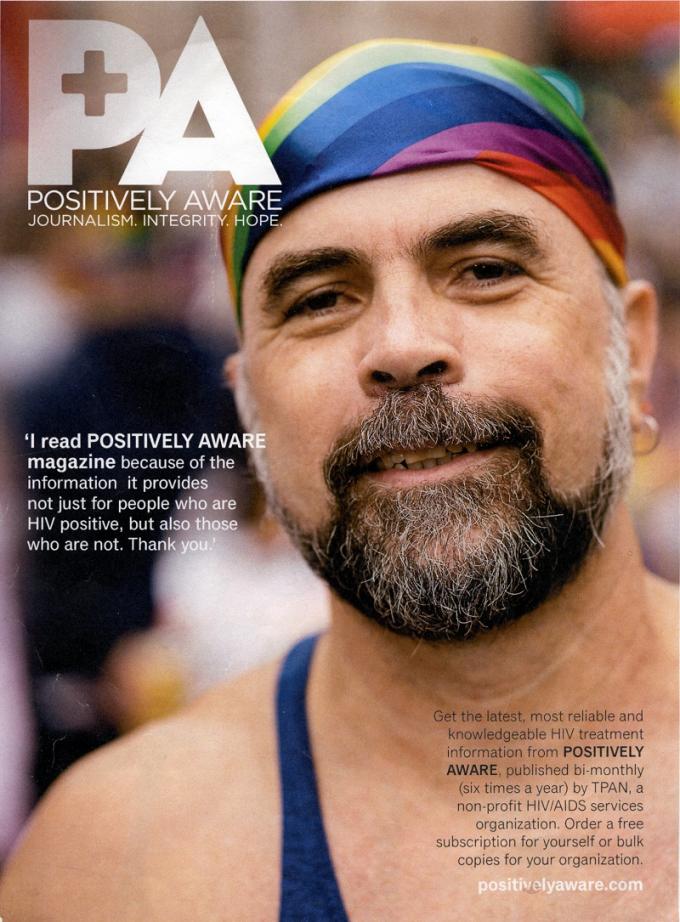 POSITIVELY AWARE is a free resource avaialbe to anyone, anywhere.

The most trusted source of HIV treatment and advocacy news

For almost 30 years, TPAN’s magazine, POSITIVELY AWARE has been among the most trusted sources of HIV treatment and advocacy news. It is a national voice for amplifying the concerns and resource needs for people living with HIV across the U.S. We provide accurate, up-to-date treatment information for people living with HIV/AIDS and their caregivers. We also cover all of the most important medical conferences, including CROI and IAC. The magazine serves as an educational tool for HIV caregivers and helps to provide their clients and patients with the best treatment information available. We are also read by influential HIV researchers and policy makers. To order a subscription for yourself, your patients, or the people you serve, subscribe here.

Recognized professionals in the field of HIV/AIDS, many of our contributing writers volunteer their services to the magazine and to the HIV community. They include the top HIV physicians, researchers from around the country, people living with HIV, and HIV advocates.

Since its first edition in 1997, POSITIVELY AWARE’s annual HIV Drug Guide is our most popular issue. The HIV Drug Guide is an A to Z reference to all FDA approved antiretroviral drugs, as well as those nearing approval. Included are tips on how to use the drugs, side effect and drug interaction charts, and a pull-out drug chart. What distinguishes the HIV Drug Guide is its insightful comments on each drug from both a nationally respected HIV physician and a community activist. Many people with HIV, their case managers, and doctors hold on to their copy of the HIV Drug Guide, referring to it throughout the year.

A Day with HIV is POSITIVELY AWARE's annual anti-stigma campaign that captures 24 hours in the lives of people affected by HIV—and that’s everyone, regardless of age, race, gender identity, or even HIV status. We ask our readers to take a picture and post it to their social media with the hashtag #adaywithhiv; include a caption that gives the time and location—and what inspired them to take the photo. Submitted pictures will be considered for publication in a special section of the November+December issue of POSITIVELY AWARE. A number of uploaded high-resolution pictures will also be selected for different versions of the magazine’s cover. Now in its tenth year, A Day with HIV is an opportunity for people to share a moment of their day and tell their story, while breaking down the barriers that stigma creates, while raising awareness about HIV.