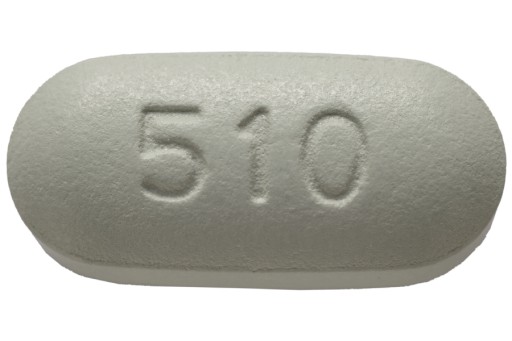 One tablet once daily with food. For people taking HIV treatment for the first time (treatment-naïve) or individuals with suppressed viral load on a stable HIV regimen for at least 6 months who have no known resistance to the elvitegravir, emtricitabine, or tenofovir components of this regimen. Tablet contains 150 mg of the INSTI elvitegravir boosted by 150 mg cobicistat plus 200 mg emtricitabine and 10 mg tenofovir alafenamide (TAF).

Common side effects reported in at least 5% of study participants include nausea, diarrhea, headache, and fatigue. New data associate INSTIs and TAF with weight gain; go to positivelyaware.com/articles/weighty-concerns and positivelyaware.com/articles/fatty-tissues, and hivinfo.nih.gov. Before taking Genvoya, kidney function testing should be conducted, including serum creatinine (SCr), serum phosphorus, urine glucose, and urine protein. These measurements should continue to be monitored while taking Genvoya. Cobicistat can cause a small, reversible increase in serum creatinine within the first few weeks of treatment without affecting actual kidney function (see Tybost for more information). While cobicistat does not affect actual kidney function, its effect on SCr can make monitoring of impaired kidney function more difficult or less accurate. INSTIs have been associated with adverse neuropsychiatric effects (such as sleep disturbances, depression, anxiety, suicidal ideation) in some retrospective cohort studies and case series. DHHS guidelines recommend closely monitoring patients on an INSTI who have pre-existing psychiatric conditions.

Prior to initiation, people should be tested for hepatitis B virus (HBV) infection. Severe exacerbations of hepatitis B have been reported in people co-infected with hepatitis B who have discontinued Genvoya (due to elimination of the emtricitabine and TAF components, which also treat HBV). Monitor liver enzymes closely in people co-infected with hepatitis B and, if appropriate, initiation of anti-hepatitis B therapy may be warranted upon Genvoya discontinuation. Call your health care provider right away if you develop any of the following signs or symptoms of hepatitis: yellowing of the skin or whites of the eyes; dark or tea-colored urine; pale-colored bowel movements; nausea or vomiting; loss of appetite; or pain, aching, or tenderness on the right side below the ribs.

Do not take with Cimduo or Temixys, Descovy, Emtriva, Epivir-HBV, Hepsera, Truvada, Vemlidy, or Viread, all used for the treatment of hepatitis B. Separate by at least 2 hours from antacids containing aluminum, magnesium hydroxide, or calcium carbonate. Safe to take with other medications used for heartburn and GERD such as Aciphex, Dexilant, Nexium, Pepcid, Prevacid, Prilosec, and Zantac. Cobicistat has many drug interactions similar to Norvir. Do not take with cholesterol-lowering drugs containing lovastatin or simvastatin (Advicor, Altoprev, Mevacor, Simcor, Vytorin, Zocor), alfuzosin, carbamazepine, phenobarbital, phenytoin, ergotamine, dihydroergotamine, methyl-ergonovine, oral midazolam, lurasidone, pimozide, Revatio, rifampin, rifabutin, rifapentine, Serevent, triazolam, St. John’s wort, clopidogrel, or ticagrelor. Dose of clarithromycin may need to be reduced based on kidney function. An alternative corticosteroid to systemic dexamethasone should be considered. Risks versus benefits of using with voriconazole should be assessed with expert consultation. Some cholesterol-lowering drugs such as atorvastatin should be used with caution and started at the lowest dose possible. Monitor closely for increased side effects from these medications, such as muscle pain. Concentrations of antidepressants such as fluoxetine, paroxetine, bupropion, or amitriptyline may be increased, and their doses may need to be reduced. Genvoya increases levels of many nasal and inhaled steroids like fluticasone, which may lead to symptoms of Cushing’s syndrome. An alternative corticosteroid to fluticasone is recommended. Cialis, Levitra, and Viagra levels are increased; doses should not exceed 10 mg Cialis or 2.5 mg Levitra per 72 hours, or 25 mg Viagra per 48 hours.

Monitor for increased side effects of these medications. Effectiveness of oral contraceptives may be decreased; consider using alternative or additional contraception methods. Start metformin at lowest dose and titrate based on tolerability and clinical effect. Reduce Daklinza dose to 30 mg. Can be taken with Harvoni or Epclusa. Taking with Olysio, Viekira Pak, or Zepatier is not recommended. Tell your provider or pharmacist about all medications, herbals, and supplements you are taking or thinking of taking, prescribed or not, as there are many other drug interactions not listed here.

Weight gain is being more commonly recognized as a potential side effect of INSTIs. In the community, enlargement of the stomach and waist area can be distressing. According to the DHHS HIV treatment guidelines, “Weight gain has been associated with initiation of ART [antiretroviral therapy] and subsequent viral suppression. The increase appears to be greater with INSTIs than with other drug classes. Greater weight increase has also been reported with TAF than with TDF, and greater with DOR than EFV.” Other factors have been associated with weight gain in addition to medication used, including race, sex, and previous overweight status. There is no word yet on reversibility, but the race is on to find more answers. Genvoya is not recommended during pregnancy due to substantially lower exposures of cobicistat and elvitegravir in the second and third trimesters as well as reports of viral breakthrough. Switching regimens should be considered for pregnant women already taking this regimen.

Genvoya, an INSTI-based four-drug regimen, is basically Stribild with TAF substituted for TDF. Other drugs are emtricitabine (FTC) and the INSTI elvitegravir boosted by cobicistat. Cobicistat’s high potential for drug interactions, as well as lipid effects, and the relative fragility of elvitegravir to viral resistance have downgraded Genvoya to the level of an alternative in certain situations when non-boosted INSTI regimens cannot be used. It is increasingly difficult to imagine any reason to prefer Genvoya over non-boosted INSTI drugs.

Because so many people with HIV have other conditions for which they take medications, avoiding boosters like cobicistat helps to decrease drug interactions that could cause toxicity. In particular, dosing of common drugs such as statins, metformin, and steroids require close attention with boosters.

Genvoya should be taken with food. The pill contains a booster, cobicistat, and is metabolized in the liver, so you will need to monitor for kidney toxicity and drug-drug interactions. Still, it is considered more friendly than its closest cousin, Stribild. Among the drugs to monitor for interactions are statins, erectile dysfunction medications, and some of the mood stabilizers. Be sure to let your HIV provider know if you start or stop any of these.