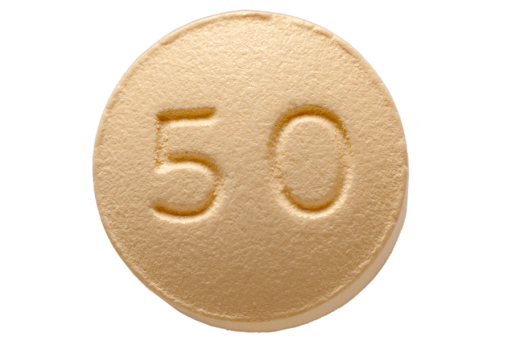 Recommended as a component of initial regimen for most people

One 50 mg tablet once daily without regard to food, for individuals on HIV therapy for the first time (treatment-naïve) or treatment-experienced individuals who have never had treatment failure with an INSTI. One 50 mg tablet twice daily, without regard to food, for adults who have or who are suspected of having certain INSTI drug resistance or who are taking certain other medications. Must be taken in combination with another antiretroviral(s) that does not contain this medication or medication from the same drug class.

For adults and children weighing more than 44 pounds (20 kg), use standard dose listed above or see package labeling. Tivicay PD tablets (5 mg), taken without regard to food are dispersible in water (oral suspension) for pediatric patients age four weeks and older weighing at least 6.6 pounds (3 kg). Children weighing at least 30.8 pounds (14 kg) may take either Tivicay or Tivicay PD, but Tivicay PD is preferred for those weighing 30.8 up to 44 lbs. Dosing under 44 lbs is weight-based; Tivicay is also available in 10 mg and 25 mg tablets. Do not chew, cut, or crush Tivicay PD tablets. If dose is more than one Tivicay PD tablet, swallow one tablet at a time. If using a dispersible dose, see package insert for mixing instructions. Dosing of Tivicay and Tivicay PD for oral suspension cannot be interchanged on a milligram per milligram basis.

In general, Tivicay is well tolerated with infrequent side effects. The most common moderate to severe side effects in clinical studies were insomnia (3%), headache (2%), and fatigue (2%). Mild insomnia was observed in 7% of participants in one study. Increased CPK (creatine phosphokinase, a lab value indicating muscle damage), rhabdomyolysis (breakdown of muscle), and myopathy or myositis (muscle pain) were also reported. Data associate INSTIs with weight gain. In findings reported this year, the pediatric ODYSSEY/PENTA-29 Trial did not observe the weight gain seen in adults. There have been rare reports of depression and suicidal ideation, primarily among people with a history of psychiatric illnesses, in people receiving INSTI-based regimens. DHHS guidelines recommend closely monitoring people on an INSTI who have pre-existing psychiatric conditions. Tivicay can cause a small, reversible increase in kidney function test (serum creatinine) within the first few weeks of treatment without affecting actual kidney function. Liver enzymes should be monitored in people with hepatitis B or C.

It is important to take Tivicay only with other HIV drugs recommended by your provider because it and similar drugs are contained in other HIV medications: Biktarvy, Genvoya, Isentress, Stribild, Tivicay, Triumeq, Dovato, Cabenuva, and Juluca. Do not take with the anti-arrhythmic dofetilide. Intelence decreases Tivicay levels by 88%, therefore, these two medications must be co-administered with Kaletra, boosted Prezista, or boosted Reyataz. Tivicay should be taken two hours before or six hours after taking laxatives or antacids, the ulcer medication sucralfate, oral iron or calcium supplements, or buffered medications. It can be taken with iron- or calcium-containing supplements if taken together with food. Acid reducers (Pepcid, Zantac, Tagamet) and proton pump inhibitors (for example, Aciphex, Dexilant, Prilosec, Prevacid, Protonix, and Nexium) are okay to use. Avoid taking with Viramune, oxcarbazepine, phenytoin, phenobarbital, or St. John’s wort. Start metformin at lowest dose and titrate based on tolerability and clinical effect. Monitor for metformin adverse effects. Use of rifampin, carbamazepine, efavirenz, Aptivus/Norvir, and Lexiva/Norvir in treatment-naïve or treatment-experienced, INSTI-naïve adults requires dosing Tivicay 50 mg twice daily. Tivicay may increase levels of the potassium channel blocker dalfampridine, which could increase the risk of seizures. No known interactions with Epclusa, Harvoni, or Zepatier. Tell your provider or pharmacist about all medications, herbals, and supplements you are taking or thinking of taking, prescribed or not, as there are other drug interactions that are not listed here.

Tivicay is considered a second-generation INSTI—it may work in many individuals whose virus has developed resistance to other INSTIs, but they will need twice-daily dosing. Compared to other INSTIs, Tivicay has a high genetic barrier against developing resistance, similar to the protease inhibitors (such as Prezista). Pediatric HIV guidelines include Tivicay as part of a preferred regimen. Tivicay is particularly useful when drug interactions are a concern with the HIV protease inhibitor (PI) drugs.

Pregnant individuals can voluntarily enroll in the Antiretroviral Pregnancy Registry through their provider; go to apregistry.com.

Preliminary results from a pregnancy study in Botswana raised concern that dolutegravir might be associated with birth defects, specifically neural tube defects, when taken at the time of conception. Follow up of this study confirmed, however, that the rate of neural tube defects in infants of persons taking DTG at the time of conception was only slightly—and not statistically significantly—higher than in those not on DTG (1.9 v. 1.1 per 1,000 people.) The recommendation now is that DTG can be given to any adult as first line therapy, and that persons capable of pregnancy should be counseled about the very small risk of neural tube defects.

Side effects include weight gain, particularly in women and African Americans. Weight gain appears to be higher when DTG is taken with TAF. A pooled analysis found that persons on dolutegravir or bictegravir gained an average of 3.5 kg [7.7 lbs.] over 96 weeks. Rash has been seen with dolutegravir, as has liver toxicity, especially for people with hepatitis B or C. All INSTIs can cause insomnia or depression. Depression, including suicidal ideation, occurs most often in people with pre-existing mental health issues. By the way, dolutegravir increases blood creatinine levels by 0.15 mg/dL due to changes in tubular secretion in the kidneys without any actual kidney damage.

Dolutegravir levels can be decreased by taking supplements or antacids containing aluminum, calcium, magnesium, or iron, or sucralfate, so take dolutegravir at least 2 hours before or 6 hours after these medications. Calcium and iron can be taken simultaneously with dolutegravir only if taken with food.

I am on a Tivicay-containing regimen. Tivicay is safe, effective, and tolerable. There was 2–3% moderate insomnia, fatigue, and headache in clinical trials, but the vast majority of those on Tivicay had no side effects at all. Concerns have emerged about weight gain on INSTI-containing regimens. Your doctor can help you weigh the benefits against the risks.