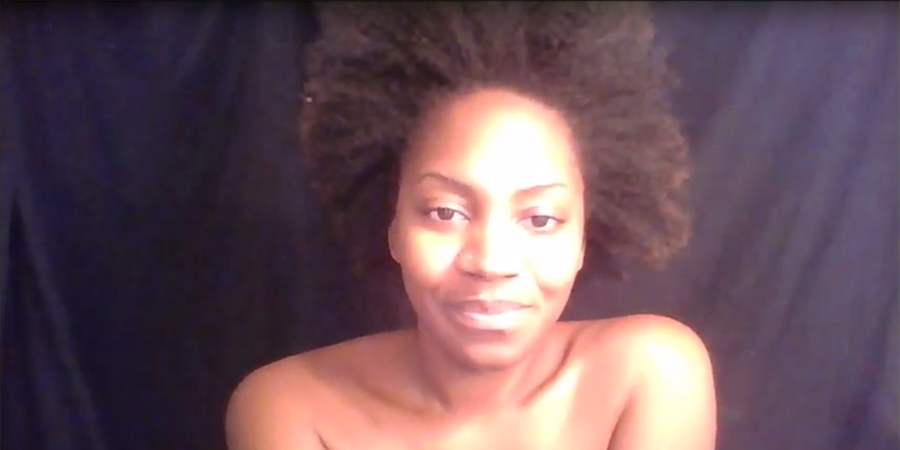 I thought he would be the man to save my life. But, instead, he was the one who nearly ended my life.

He was my best friend. When he said he wanted me to be his wife and mother of his child, even though I’m HIV positive, I believed it must’ve been true love. We couldn’t get enough of each other; the relationship was filled with so much passion. No matter how many times he cheated on me, I still wanted him.

Soon, he started calling me an “AIDS infected bitch” during our arguments. The first time I heard him say those words, it felt like he had ripped my heart out of my chest, squeezed the blood out of it, and then shoved it into my throat. Even though it crushed me, still, I wanted him. Each time he said it, I became more numb to the words, but I didn’t see how those words were taking a toll on me. It killed a piece of my spirit every time I heard him say it.

Soon, things escalated to physical abuse. He did awful things, but the day he bit me in my face and threw me down to the ground, I thought I was done. But I wasn’t; being without him amplified my feeling of loneliness. I couldn’t see any other man falling in love with an “AIDS infected bitch” the way he did, so I continued to go back to him. If it meant sharing him, if it meant fighting with him every day, I didn’t mind. At least I had love. That’s all I wanted out of everything, after all.

Whenever things got bad, I would always remember the nights we would stay up talking about life and our plans for the future, the walks through the park when nothing else would matter but us and our love, and the times he would make me laugh more than anyone else could. He made me feel like I was the most beautiful person in the world, but he also made me believe that he was the only one who saw that beauty. I felt free when we were happy and I never wanted to lose those moments. Despite that those moments were tainted by chokeholds and the numerous times he threw me into walls, I desperately held on to them. So, I went back every time.

Of course, the happy times couldn’t last with the way our relationship was. We were no longer loving each other, we were literally trying to kill each other. All the pain that I had repressed in order to keep him had slowly started to surface. I hated all the things he had done to me and all I wanted to do was love him but he was becoming a monster and I was becoming more and more angry. I could no longer ignore the severity of how unhealthy our relationship actually was. The man whom I trusted with my life was standing over me beating the life out of me.

In that moment, I prayed, “God, if you let me live, I promise I’ll leave. Just don’t let him kill me.” The pain that came after that last beating was the worst because it was the end. I was experiencing the pain throughout the entire relationship all at one time. Everything was being revealed to me.

I realized that the God I was praying to was myself. I had to beg myself to live. To love myself enough to live, even if it meant being alone. I was willing to die for him and him for me, but it came to a point where one of us had to love ourselves enough to allow us to be happy. That person is me.

Reprinted with permission from PWN-USA.org. If you are experiencing domestic violence, seeking resources or information, or questioning unhealthy aspects of your relationship, call the National Domestic Violence Hotline at (800) 799-7233.