Genvoya, Son of Stribild, is born

The new version of Stribild is now available. The FDA approved Genvoya (jen-VOY-uh) on November 5. It includes the medications contained in Stribild, but has tenofovir alafenamide (TAF) instead of tenofovir DF (TDF). As a result, the new version of the single tablet regimen has been shown to have less toxicity to the bones and kidneys. Genvoya also received a switch indication for people with undetectable viral load for more than six months, as long as they have no previous treatment failure and don’t have drug resistance to the medications in Genvoya. For more information, read the press release from Gilead Sciences at bit.ly/1GOqtt8.

In October, the drug labels for the hepatitis C medications Viekira Pak and Technivie were updated to state that the treatments are contraindicated (not to be taken) by patients who have Child-Pugh B cirrhosis. Previously, the drugs were “not recommended” for these patients. “Patients taking these medications should contact their health care professional immediately if they develop fatigue, weakness, loss of appetite, nausea and vomiting, yellow eyes or skin, or light-colored stools, as these may be signs of liver injury,” reported the FDA in a press release. For more information, read the statement at fda.gov/Safety/MedWatch/SafetyInformation/SafetyAlertsforHumanMedicalProducts/ucm468757.htm.

A long-acting injectable HIV treatment given every four or eight weeks was shown to be as effective as a daily triple-drug oral regimen. More than 90% of the people given the medications achieved undetectable viral loads (less than 50). The LATTE 2 study results are from 32 weeks of research combining two long-acting injectable HIV drugs, rilpivirine (already on the market as the oral medication Edurant and found in Complera) and cabotegravir, an integrase inhibitor similar in structure to dolutegravir. The regimen was compared to oral therapy with cabotegravir plus two other drugs. For more information, read the press release at prnewswire.com/news-releases/first-investigational-all-injectable-long-acting-hiv-combination-regimen-study-results-at-32-weeks-announced-539776031.html.

On October 28, a new medication for hepatitis C virus (HCV) was submitted to the FDA for approval. The fixed-dose drug combination of sofosbuvir and velpatasvir (SOF/VEL) is all-oral and pan-genotypic (meaning that it can treat all genotypes of HCV, genotypes 1–6). “As the first fixed-dose combination of two pan-genotypic, direct-acting antivirals, SOF/VEL represents an important step forward in the treatment of patients with hepatitis C,” said Gilead Sciences’ Chief Scientific Officer, Norbert Bischofberger, PhD, in a press release. “Genotype 1 is the most prevalent form of HCV in the United States, but worldwide, more than half of people living with HCV are infected with other genotypes. SOF/VEL complements our current HCV portfolio of Sovaldi and Harvoni, offering high cure rates and the potential to simplify treatment and eliminate the need for HCV genotype testing.” The combination is also being considered for approval by the European Medicines Agency. The company’s filings are based on the studies ASTRAL-1, 2, 3, and 4.

The HIV Medicine Association (HIVMA) has launched a new website to help medical providers, including information on healthcare financing. “HIVClinican.org is geared more toward actual problems of navigating through patients’ coverage issues, billing and coding, and adapting to healthcare reform,” as well as the latest treatment information, said HIVMA board member Alan Taege, MD.

In November, the FDA approved a nasal spray version of the opioid overdose reversal drug Narcan (naloxone). While Narcan was already available as an injectable, that formulation needs to be assembled (drawn up into a syringe) and runs the risk of contaminated needle stick injury. “We cannot stand by while Americans are dying,” FDA acting commissioner Stephen Ostroff, MD, said in a press release. The agency noted that drug overdose deaths result primarily from prescription medications and are the leading cause of death by injury in the U.S., surpassing car crashes. Opioids include heroin and the prescription medications oxycodone, hydrocodone, and morphine. Narcan can stop an overdose in progress as well as reverse one. Read the press release at atforum.com/2015/12/fda-moves-quickly-approve-easy-use-nasal-spray-treat-opioid-overdose/. 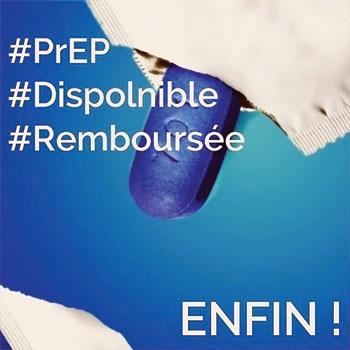 At the end of 2015, Truvada for PrEP was approved in France. “It will enable everyone involved—health professionals, nonprofit organizations, municipal authorities, researchers—to work together towards a new goal: Eradication of HIV,” and open the way to PrEP for other European countries, said the executive director of the French HIV research agency ANRS, Professor Jean-François Delfraissy, in a press release. Read the online statement at anrs.fr.

After France approved Truvada for PrEP, so did South Africa. It is hoped that other countries will soon follow their lead.

On November 24, the CDC published two PrEP reports in its MMWR (Morbidity and Mortality Weekly Report). The first estimated that of people who are HIV-negative, one in four MSM (men who have sex with men) and one in five injection drug users meet the criteria for PrEP use. “Increasing delivery of PrEP and other highly effective HIV prevention services could lower the number of new HIV infections occurring in the United States each year,” the CDC noted. An easy-to-read chart shows what constitutes risk.

A separate report that looks at New York state Medicaid prescriptions for PrEP shows that they increased from 259 in 2012–2013 to 1,330 in 2014–2015. “Other state and local jurisdictions can use New York state’s implementation strategies as a model to adopt or adapt to increase PrEP use among their own populations,” said CDC. Get links to the reports at cdc.gov/vitalsigns/hivprep/index.html.

Lambda Legal is collecting information about denials to PrEP access. If your doctor said no to your request for PrEP, contact Lambda Legal at (866) 542-8336 or online at lambdalegal.org/help.

GLAD (Gay and Lesbian Advocates and Defenders), in Boston, has filed a lawsuit against the Mutual of Omaha Insurance Company for discriminating against a gay man taking the HIV prevention pill Truvada. The 61-year-old man was denied long-term care insurance because of his PrEP use. In a press release, GLAD reported that, “This is the first lawsuit in the country challenging discrimination against a person on PrEP.” Read GLAD’s statement at glad.org/work/cases/doe-v-mutual-of-omaha.

Clinical studies looking at two experimental HIV medications in people who are treatment-experienced are being conducted by Bristol-Myers Squibb (the maker of Atripla, Reyataz, Evotaz, and Sustiva). Study AI438-047 looks at the attachment inhibitor medication BMS-663068 in people with drug resistance, intolerability, and/or contraindications to several classes of HIV drugs, and whose current treatment regimen is failing. Study AI468-048 looks at the maturation inhibitor drug BMS-955176 in people whose current therapy is no longer effective. For more information on these studies, go to HIVTrialFinder.com. 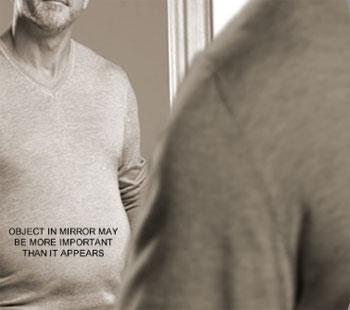 The makers of Egrifta, a medication for the treatment of excess belly fat that often resulted from early HIV medications, has launched a new website to raise awareness about the dangers of excessive abdominal adipose tissue. As with some of the other physical changes that were seen with early HIV therapy, the changes can come with real dangers. Go to DontTakeVAT.com. 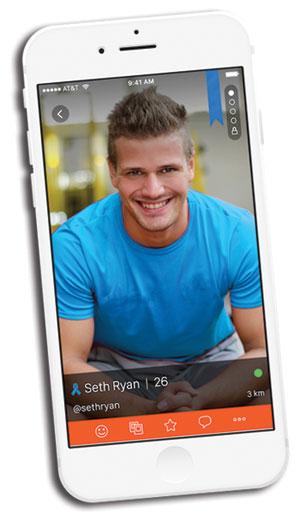 The Global Forum on MSM & HIV (MSMGF), the largest global advocacy network focused on HIV among men who have sex with men (MSM), has partnered with the gay app Hornet to launch “the largest targeted, global HIV viral suppression campaign to date,” including petitions for access to PrEP and to HIV treatment. Read the press release at msmgf.org/current-projects/blue-ribbon-boys.

According to a press release from the Fair Pricing Coalition (FPC), which focuses primarily on HIV drug pricing, “The U.S. Senate Finance Committee ranking member Ron Wyden (D-OR) and senior committee member Chuck Grassley (R-IA) issued a scathing bipartisan investigative report on December 1, 2015, revealing a Gilead Sciences, Inc. pricing strategy showing little concern for patient access to its lifesaving drugs Sovaldi (sofosbuvir) and Harvoni (ledipasvir/sofosbuvir).” The release went on to say that, “Sovaldi was approved by the FDA on December 6, 2013—a first-in-class hepatitis C drug that helped usher in a new era of short-course, all-oral, well-tolerated, and highly curative treatment. Unfortunately, Gilead turned this long-awaited treatment option into a perfect storm of near-impossible drug access, marked by public and private insurance roadblocks in the form of prior approval, fibrosis, and strict sobriety requirements.” Read the release at fairpricingcoalition.org.

“More than three decades after the first cases of AIDS were diagnosed in the United States, HIV continues to pose a substantial threat to the health and well-being of Americans,” the CDC reported in December. The agency released its latest HIV statistics for the U.S., covering the decade of 2005–2014. The CDC reported that “progress has been uneven and certain groups, particularly gay and bisexual men and African Americans, continue to be the most affected.”

Other increases and declines are listed below. Read the CDC report, which includes state-by-state statistics, at cdc.gov/nchhstp/newsroom/docs/factsheets/hiv-data-trends-fact-sheet-508.pdf.

There are an estimated 490,000 African Americans are living with HIV, according to the Centers for Disease Control and Prevention; nearly 15 percent of them are unaware of their HIV status. February 7 is National Black HIV/AIDS Awareness Day. Begun in 1999, the campaign’s theme this year is “I am my Brother/Sister’s Keeper: Fight HIV/AIDS.” It’s an opportunity to go get tested, get into treatment, and to educate others about HIV. For information about how to take part in the day, or to locate a testing facility or treatment resources near you, go to NationalBlackAIDSDay.org. 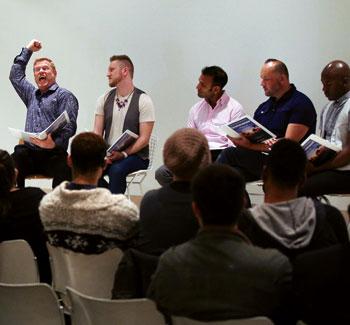 Five HIV activists performed a reading of The Infection Monologues, a thought-provoking play about modern life with the virus. The one-night only event was held at the Washington, D.C. headquarters of the Human Rights Campaign (HRC) for World AIDS Day to mark the play’s 10th anniversary. HRC, The DC Center, and the National Minority AIDS Council sponsored the performance by (above, from left) Mark S. King, Brant Miller, Shawn Jain, Alex Garner, and Cedric Gum.