A note about identification: Although nearly all of the writers who are currently incarcerated gave permission to have their full name and address included, Positively Aware was advised to print only their first name and their state. PA will forward mail to them as is possible; incarceral systems often have complicated rules for communications. We apologize to the writers.

I am a 40-year-old transwoman on Ohio’s death row. I’ve been a huge advocate and voice for trans and HIV-positive inmates in prisons basically all my adult life. I enjoy the opportunity to network with other like-minded people.

Inside my transgender identity

In prisons and state penitentiaries

Every day my safety in jeopardy

With no one but me there protecting me


Insecurities ate at me constantly

Economically raised up in poverty

With thoughts continuously taunting me

And dreams seem to always be haunting me

Unaware what it actually costed me

Systematically the system’s attacking me

Most likely some transgender casualty

Surrounded by such inhumanity

The enemy threatens my sanity

HIV threatens to banish me

As I fight for those who come after me.

The road that we stroll

The price on our head

The ropes on our throats

We choke on the smoke

Of the lives that we’ve led

Broke down from the load

And the crowns on our head

With the boulders we hold

On our shoulders and neck

It’s cold on the Row

Alone as we thread

Taking toll on our souls


An oath to the ghost

Of the dead in my head

I know what is owed

For the tears that were shed

The lives that were stole

The pleas that were pled

‘Tis my ode to the souls

For the blood that was bled.

To cope with emotions.

Just go through the motions.

I try to stay focused,


I know what defeat is,

I know what a creep is.

I know how it feels,

When they feed off your weakness.

Ate crumbs with some bums,

I know what the street is.

I know what for keeps is …

No tears left to cry.

I take life in stride,

No fear in my eyes. 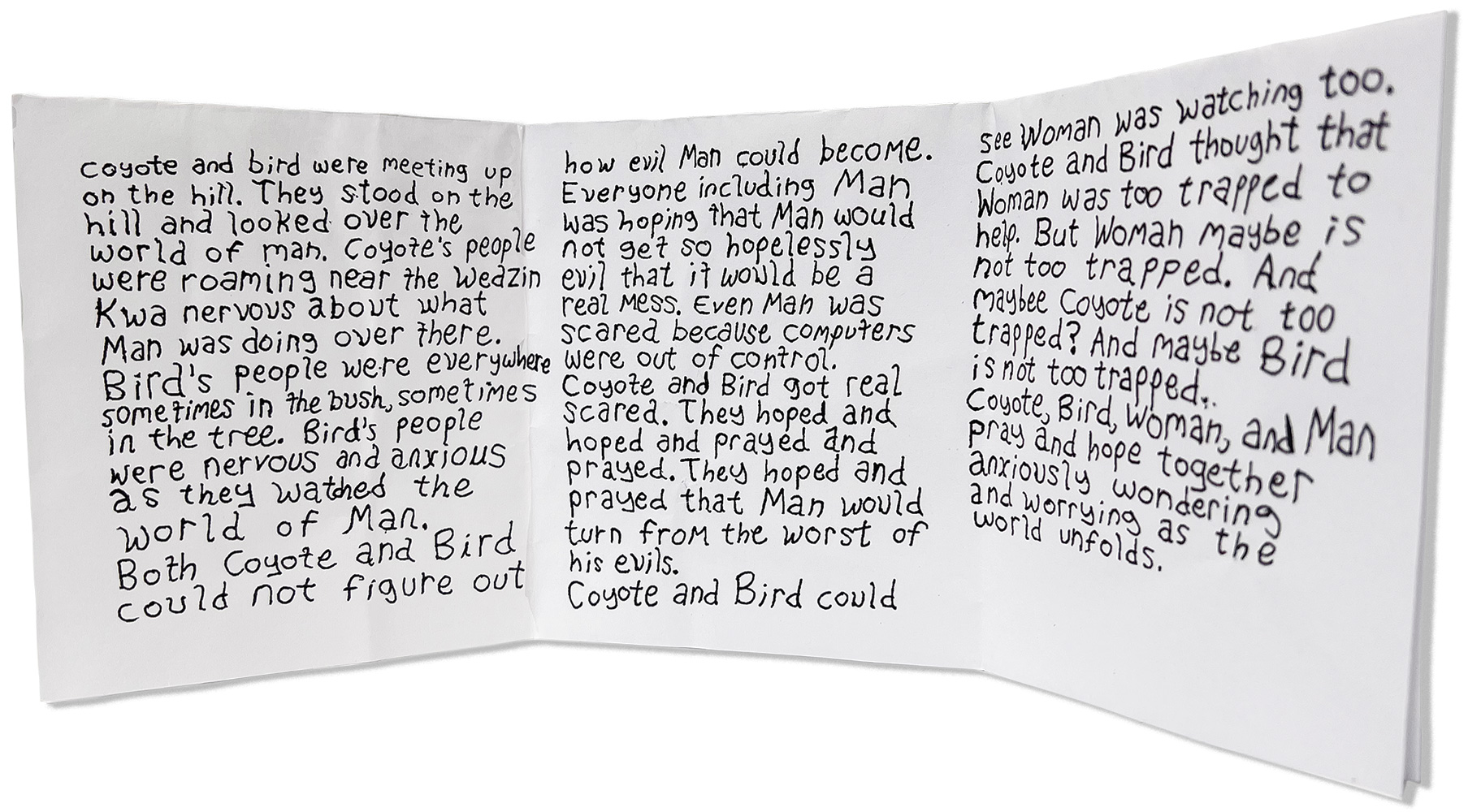 Coyote Christians Contemplate Modern Man (2022) by Paul, Illinois, who has been previously incarcerated and is on probation, pondering

“what we can do as spiritual people to address the problems of the world.”