In any language, U=U is giving young people the vocabulary to empower themselves

It is a scientific reality that has changed lives. A person living with HIV who has a viral load that is undetectable as a result of successful antiretroviral treatment cannot pass on the virus to a sexual partner. Undetectable equals untransmittable—put simply, U=U.

A panel of young activists from Latin America and Africa described how U=U gave new meaning to their lives, confronting stigma and educating their communities about HIV.

‘The personal is political’

“I don't like the term serodiscordant because it puts the accent only on what happens in my blood and in my boyfriend's blood. The beauty of human relationships goes far beyond that,” said Franco Luciano Bova, a 28-year-old PrEP activist from Buenos Aires, Argentina, addressing the session in English. “Language, in addition to signifying a barrier to access—like now, when I am speaking to you in a language that is very uncomfortable for me—can also create meaning which then makes identities possible, and gives many people the right to exist, the right to be named for who they are, for who I am.”

Bova met his future boyfriend, Matias, five years ago on Facebook, where they chatted once. Matias later recognized him on the street, where they chatted again and he then asked Bova out on a date, and they have been together ever since. “Since I already knew that with an undetectable viral load, he could not transmit the virus to me, I was always able to fully enjoy him entirely,” Bova said. “Nonetheless, since he was an HIV activist, my friends looked at him with suspicion and stigma because they were afraid for me.”

That prompted Bova to take to Facebook and begin posting about U=U. His posts went, well, viral. Bova and Matias soon took their education efforts to the next level, creating a nonprofit organization, Asociación Ciclo Positivo, aimed at youth, health care providers, and local governments, providing information an resources. So far, Bova said, 14 local governments and 37 organizations have committed to their campaign.

“I tell you my story, our story, because I am convinced that the personal is political,” he said.

“Latin America has among the highest levels of wealth inequality of any region,” he added. “We want being undetectable to stop being a privilege.”

“I am a survivor of discrimination and the Mexican healthcare system,” said Jessica Marjane Durán Franco. “When they know that I am a trans woman, they stare at my body. They ask questions loaded with racist, transphobic, misogynistic, and condescending prejudice.”

A law graduate of the Universidad Nacional Autónoma de México (the National Autonomous University of Mexico), she has advocated for the human rights of trans folk at the United Nations in Geneva, Switzerland, and is the founder of Red de Juventudes Trans (Trans Youth Network) in Mexico City.

Franco said that trans-gender women often encounter delays in receiving antiretroviral treatment as a result of stigma from medical personnel at all levels.

“If you are a person who lives on the streets, if you are a person of color, if you have been incarcerated, if you are a migrant, living with a disability, or are a sex worker, hope is such a nice word. We don't want it to be taken from us,” she said. “Empowerment means to resist, to live as defenders. We want to keep living as trans women, as non-binary, and as gender non-conforming persons. Know that raising our voices is breaking the silence and the status quo.”

When 25-year-old Sharifah Kyomukama Nalugo, of the Joint Clinical Research Centre, based in the Ugandan capital of Kampala, was told as a child that she had been born with HIV, she didn't understand what that meant. She also didn't grasp the murmurings of the schoolchildren around her, and even of family members. In their picturesque community near Uganda’s Lake Mutanda, her mother tried to shield her from the stigma, telling Nalugo that she loved her. So it was a shock when she finally realized what was being said about her. Nalugo became withdrawn.

“I started being alone because I did not want people to get HIV,” she said. “That's what I thought: I'm keeping away from people; I'm keeping them safe. And that was my life, all alone.”

Nalugo’s relatives threw her and her mother out of the house they shared, fearful they would get HIV. Nalugo and her mother were homeless. But her life changed when she turned to dance, a lifelong hobby of hers, performing at schools in a group that used music to educate people about HIV.

When the lockdown of the COVID-19 pandemic hit, Nalugo switched to social media, posting videos of her dancing on TikTok, just as the social media platform was beginning to take off in Uganda. She also started sending videos to WhatsApp groups, giving hope to people living with HIV. The negative comments were far outweighed by messages of affirmation and appreciation from other young people who responded to Nalugo’s uplifting dance videos.

“They look at it and they're like, ‘because of you, Sharifah, I am where I am today.’” she said. “When I heard about the U=U message, it was hope for us as young people, as people living with HIV, to share that we have a chance in life.” 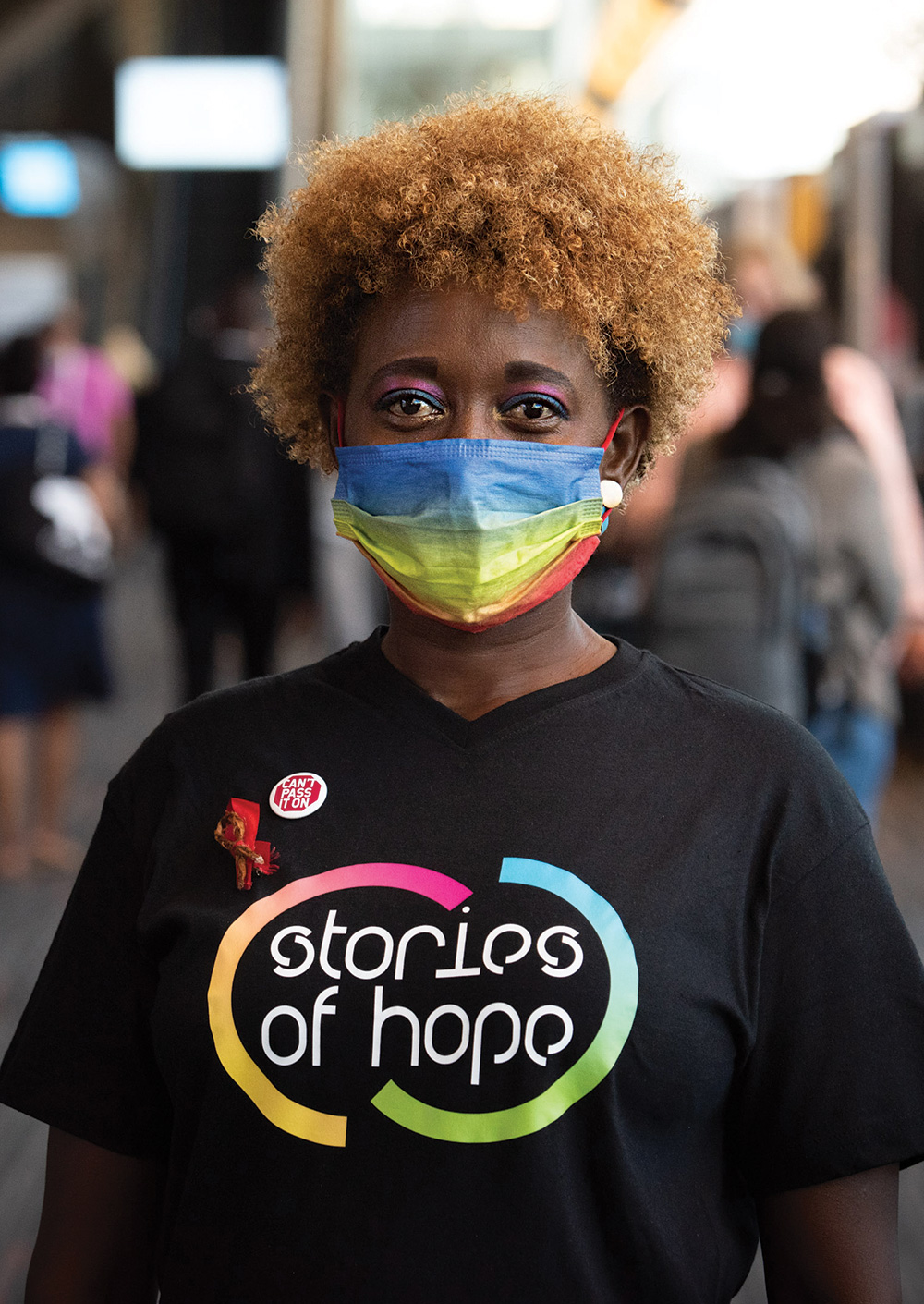 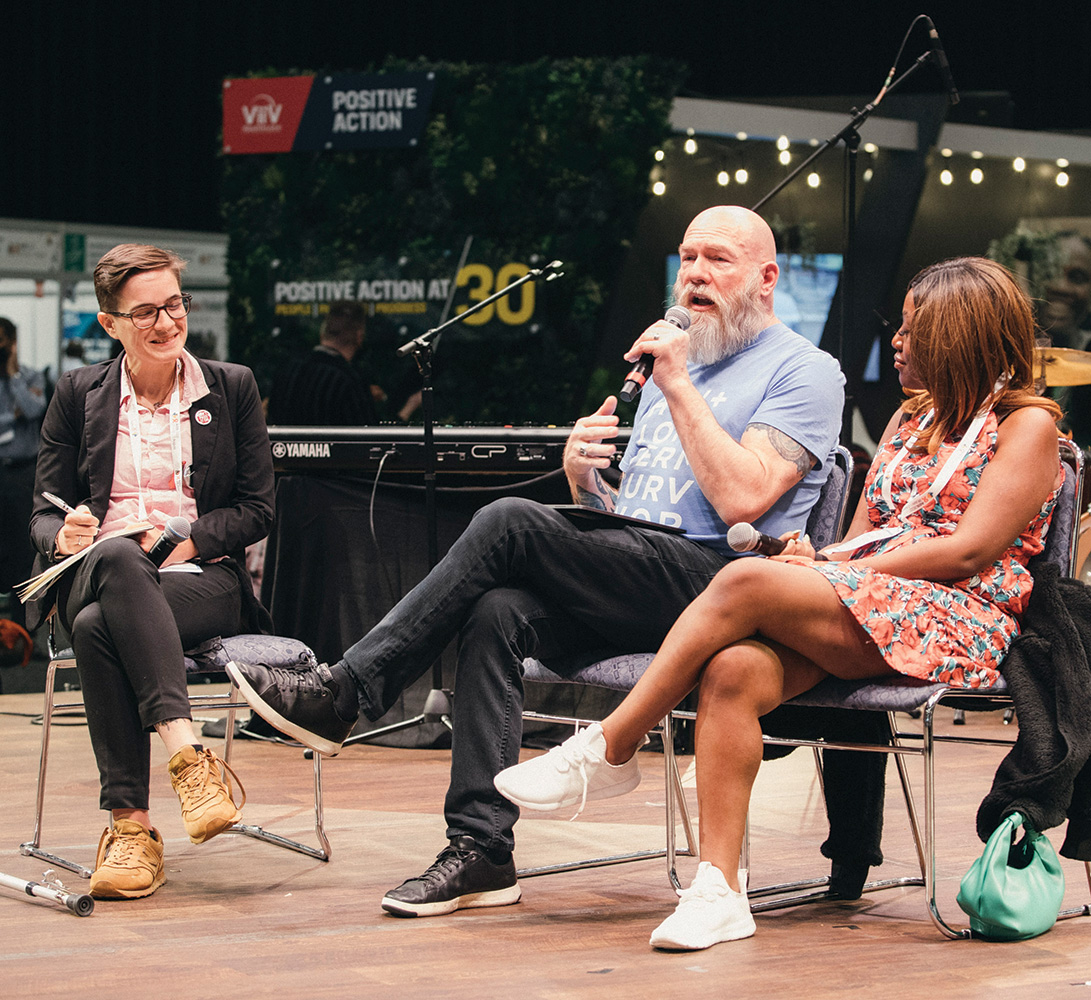 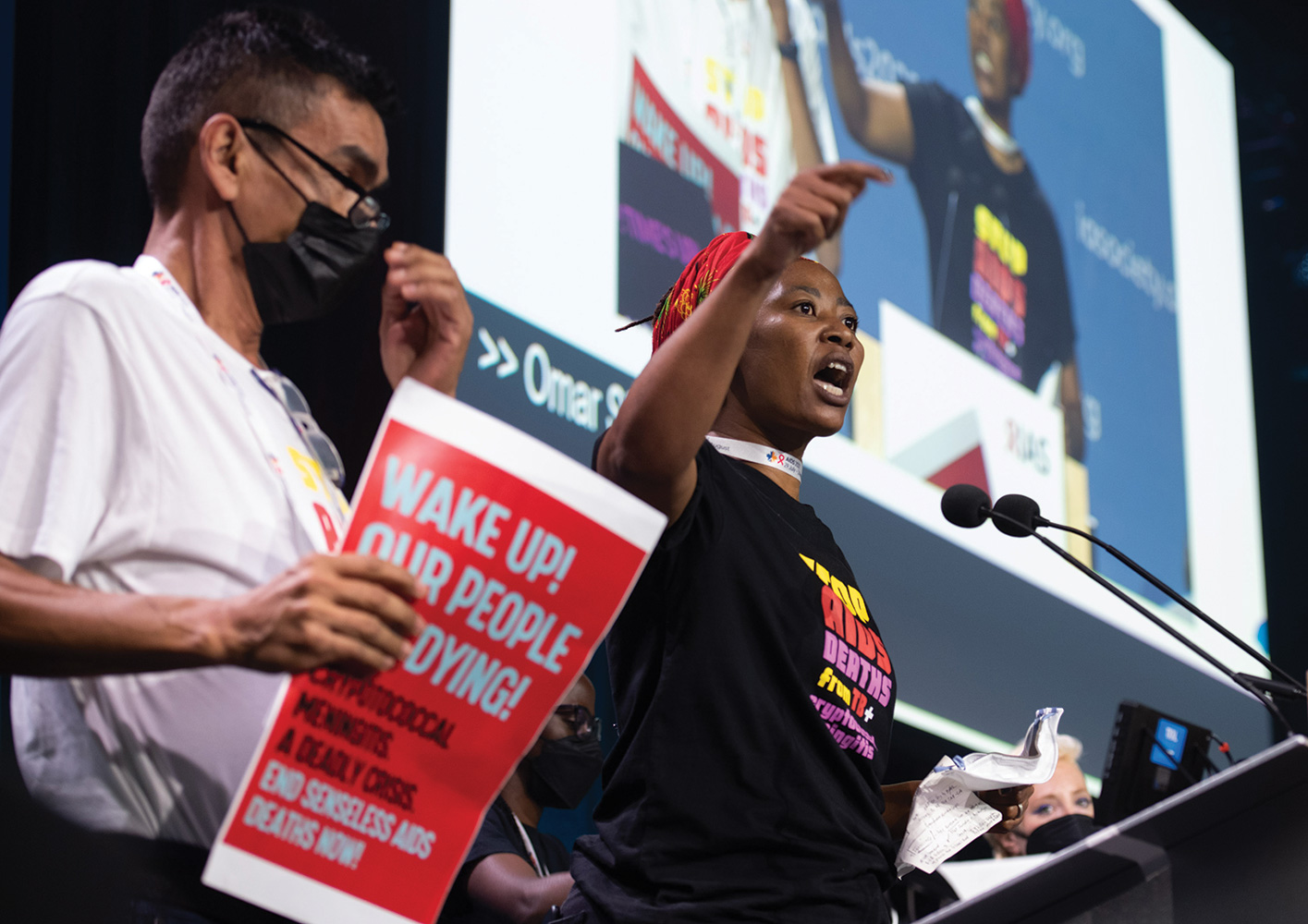 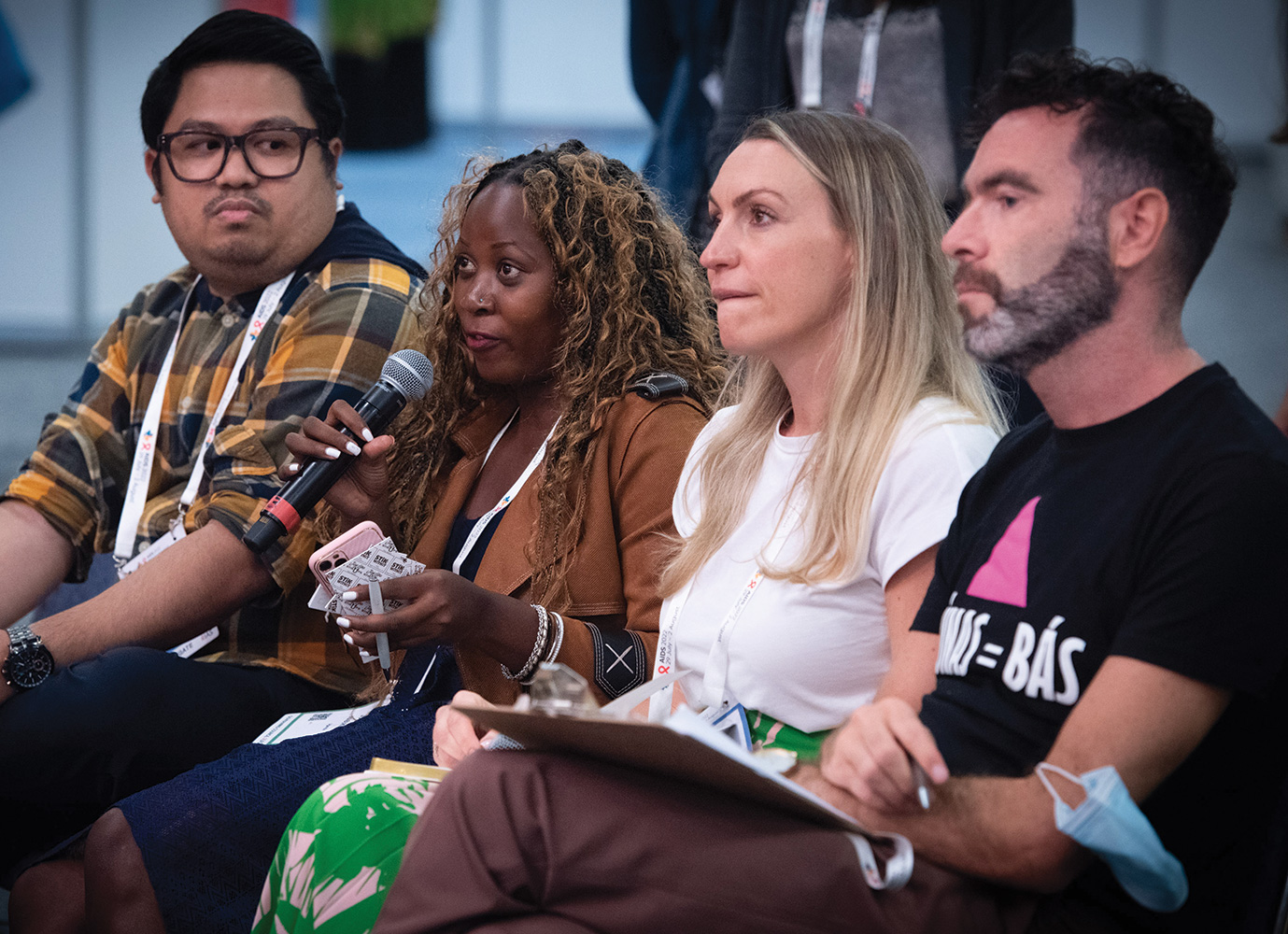 Panelists at the global village.