Not a felon, but a human being

To call someone a “felon” or an “ex-con” is to negate their humanity. They are a human being first and foremost. That’s why the use of people-first language is important.

With people-first language, a person’s humanity comes before any label. So someone may be a person with a felony conviction. They are a person first, however, not defined by the conviction.

Today, for example, we say “people living with HIV,” not “HIV-positive people.” It’s not the HIV positivity that’s the defining identity. HIV is simply a part of who the person is. It shouldn’t come first.

Labels focus on only one aspect of a person’s life. Sometimes it’s an undesirable or stigmatized label. Instead of seeing someone as being “disabled,” for example, we can think of someone as having “a disability.”

Other words matter, too. Why say “suffers from disability” instead of “has a disability”?

Labels focus on only one aspect of a person’s life. Sometimes it’s an undesirable or stigmatized label.

Rather than say “slave,” we now say “person who was enslaved.”

A person can commit an illegal act, but human beings cannot themselves be “illegal,” as activists and advocates tell us.

The word “visit” can apply to children visiting a parent who is incarcerated. “Visitation” is a term used by bureaucratic systems.

One language guide suggests saying, “people convicted of felonies,” not felons. People convicted of crimes, not criminals or convicts. People who have committed offenses, not offenders or perpetrators. People accused of a crime, not defendants. People on parole, instead of parolees. Children or young people instead of juveniles. These suggestions come from the Criminal Justice Reform Phrase Guide of The Opportunity Agenda, under “People, Not Labels.”

In their guide “Why Language Matters,” The Well Project, a nonprofit organization that focuses on women and girls living with HIV, notes that, “Using inappropriate language to describe HIV and women increases the amount of stigma and stress women experience daily. Putting the label before the person, as in the phrase ‘HIV-infected woman’ or ‘HIV-infected mother,’ dehumanizes women and turns them into a disease or illness. Instead, the preferred phrase is ‘woman living with HIV’—referring to the person first, before mentioning their health condition.”

Instead of calling it a death sentence and fatal or life-threatening condition, the guide says, “HIV is a chronic and manageable health condition as long as people are in care and treatment.” In other words, stop using those scary (and outdated) words. “Never use ‘infected’ when referring to a person.” (Pretty much avoid the word “infected”—period.) Use “new transmissions” instead of “new infections.”

The guide recommends instead of using words such as “prostitute” or “prostitution,” say sex worker, sale of sexual services, or transactional sex. Instead of “promiscuous,” multiple partners.

In “Words Matter: Using Humanizing Language,” The Fortune Society, an organization dedicated to people who are or were formerly incarcerated, notes, “Dehumanizing labels stereotype and marginalize people rather than support them while they rebuild their lives. Individuals with justice system involvement are not defined by their conviction history. The words we use to reference people should reflect their full identities, and acknowledge their capacity to change and grow.”

The community of people living with HIV and their allies is heavily burdened by stigma. It’s a continuing battle for respect. Even self-respect—how people treat you can affect how you treat yourself.

Find many resources on people-first language and incarceration at osborneny.org/resources-for-humanizing-language. Read “Why Language Matters: Facing HIV Stigma in Our Own Words,” at thewellproject.org/hiv-information/why-language-matters-facing-hiv-stigma-our-own-words. Download a PDF of the NIAID (National Institutes of Allergy and Infectious Diseases) HIV Language Guide at bit.ly/NIAID-HIV-language-guide. 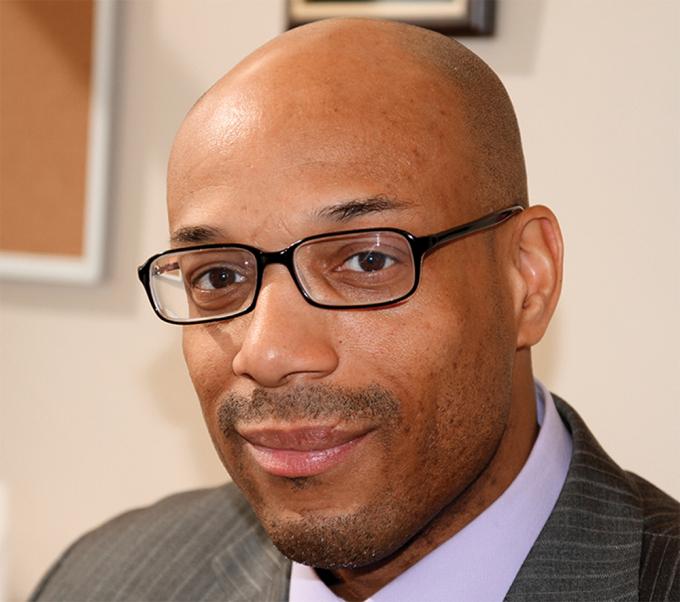 “At The Fortune Society, we frequently say ‘the crime is what you did, it’s not who you are’ because it’s important for people who have been in the system to remind themselves that they have an opportunity to move forward. No one wants to be judged into perpetuity for their bad decisions and no one wants to be branded with a scarlet letter.”

—Ronald F. Day, PhD, vice-president of programs at The Fortune Society in New York City. “As someone who spent 15 years in prison, I know that a simple but effective way to help reform the system is to refrain from using negative vocabulary, words and terms like ‘felon,’ ‘ex-con,’ or ‘inmate,’ wrote Dr. Day. “Indeed, if we want to be a country that truly believes in second chances, we need to remove this negative stigma.” Read his essay at bit.ly/fortune-society-words-matter.