Stage Direction: Bruce Richman (above, left) and U=U demonstrators make their way to the stage at IAS 2017 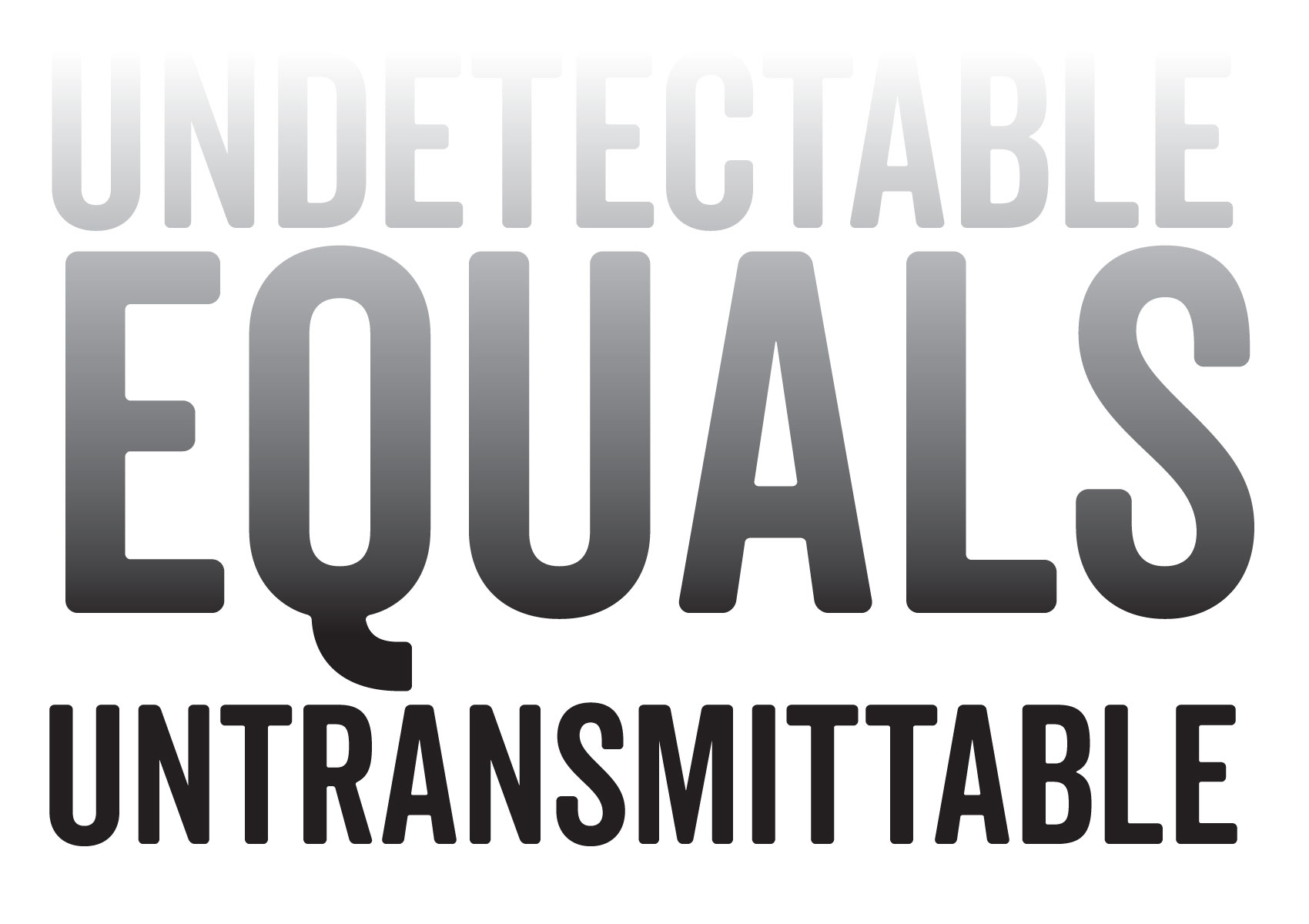 “Undetectable = untransmittable” (otherwise known as U=U) has been on heavy rotation on most HIV/AIDS websites over the last several months. What exactly is U=U and what does it mean for the average person living with HIV (PLHIV)?

In a nutshell, U=U states that people living with HIV who are on antiretroviral therapy and have been undetectable (less than 40 copies in a milliliter of blood) for at least six months cannot infect others through sexual transmission.

But even after pivotal studies (see “The U=U Science” sidebar) reported this happy news, the message was not reaching the community and those who could most benefit.

Enter Bruce Richman, the founder of Prevention Access Campaign and its U=U campaign, a coalition of activists and AIDS service organizations (ASOs) who have taken on the mission of spreading the message of U=U across the globe to improve the lives of people living with HIV, dismantle HIV stigma, and advocate for universal access. Having worked in philanthropy, Richman developed cause-related campaigns and grant making programs for large companies and celebrities.

Richman is now dedicated to something that is “personally connected to me.” Diagnosed with HIV in 2003 at the age of 35, his thoughts went beyond himself: “How could I have sex again…I was worried about passing it on to others. I withdrew and didn’t have relationships.” It “took a while” to start medications—he didn’t start treatment until 2010.

In 2012, a condom broke during sexual activity and Richman “freaked out” and rushed to see his doctor at the time, Dr. Michael Wohfleiler in Miami. Dr. Wohfleiler told him that as long as he was undetectable, he could not transmit the virus to someone else and that this was called “Treatment as Prevention” (TasP).

While he trusted his doctor, he just “couldn’t believe that it was true.” He conducted his own extensive internet research and spoke with other doctors and scientists. The articles that he read were inconclusive and full of contradictions. Not to mention that there was no actual public health campaign about TasP that he could turn to. Richman continued to worry that he could infect someone else. He “had to figure out what was true for himself,” but then realized that he had a higher calling—“to figure out what was true for the HIV/AIDS community.”

When he came across the Swiss Statement (see sidebar), he read it, internalized it, and had a “new lease on life.” Richman became certain that he “could be with another person [sexually] without being afraid.”

But wait, was he the only person living with HIV who knew this? “Researchers didn’t know that no one in the community knew. It was fucking crazy.” So, he started the Prevention Access Campaign—and the controversy began.

Richman has been called “a danger to public health” and a “false prophet” to his face, via e-mail, and on social media. He also has been called a “one-man army,” which he takes as a compliment. But when asked about it, he demurs politely and says that it is really people living with HIV all over the world who are the “true army.” He’s not a rock star, he’s “a roadie…I’m not used to being that guy.” 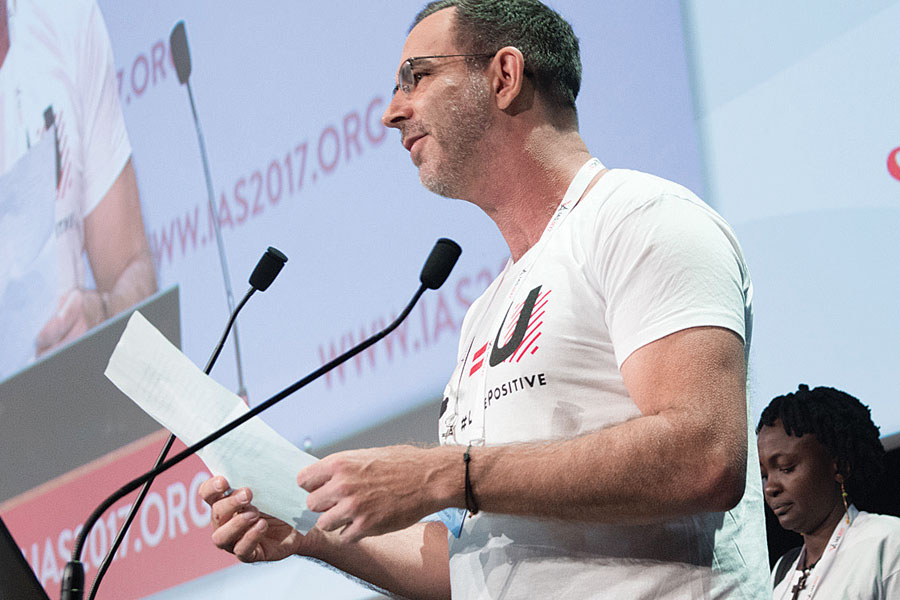 Stage Presence: Bruce Richman delivers a statement during the U=U protest at IAS 2017

“The messaging has to be consistent with the science…this will get us closer to the end of the epidemic.”

Benjamin Young, MD, PhD, is a popular contributor to TheBody.com and Chief Medical Officer of the International Association of Providers of AIDS Care (IAPAC). Dr. Young firmly believes that the “scientific evidence is compelling—not a single documented case of transmission by someone who is on effective ART. While it is hard to prove ‘zero’ risk, the risk of transmission is extraordinarily low.” Dr. Young firmly supports the World Health Organization (WHO) guidelines that call for antiretroviral therapy for everyone diagnosed with HIV, regardless of their T-cell count. WHO estimates that if their recommendations were to be adopted across the globe, they could prevent 21 million deaths and prevent 28 million new infections by the year 2030.

Dr. Anthony Fauci, director of the National Institute of Allergy and Infectious Diseases (NIAID), calls the evidence “incontrovertible.” When asked about the importance of U=U in the context of HIV/AIDS history, he replies, “With U=U we can theoretically end the epidemic. In a perfect world, if there was health care for all—in both the U.S. and resource poor nations—we could test, treat, and prevent transmission.”

Proponents of U=U stress that HIV-positive people who are not undetectable should not be shamed or stigmatized. Not everyone in the U.S. has access to antiretrovirals, let alone in resource-poor countries. Additionally, complete viral suppression may not be possible for people who are resistant to many HIV medications. But they do hope that those who can access medications will use them and achieve viral suppression, both for their own health and that of others. And also spread the word to their sexual partners and other PLHIV.

But what about the naysayers? Those who don’t believe in U=U or have concerns? Some were contacted and declined to comment. However, Gina Brown, an activist from New Orleans who is living with HIV, says, “In the beginning I had some reservations about this message. I wasn’t really sure how it worked. To me it was almost too good to be true. I didn’t want to give PLHIV the wrong information or information that could get them into trouble. [Editor's Note: Louisiana is a state that criminalizes the intentional exposure of another person to HIV/ AIDS through sexual contact. But, despite the language in the statute, Louisiana courts have found that neither the intent to transmit HIV nor actual transmission is required. See hivlawandpolicy.org/states/louisiana]. You would think that I’d be an initial believer; after all, I had a daughter who was proof that treatment works. I was on 076 [the study demonstrating that giving AZT to pregnant moms and babies cut the risk of transmission by two-thirds], plus the fact I’d been in a relationship where we made a conscious decision to not use barriers and the guy never acquired HIV. I was undetectable during that time, as I am now. I happened to meet Bruce Richman in Florida at USCA [the U.S. Conference on AIDS] and we had an in-depth conversation about U=U. He told me where I could find credible information that would spell U=U out clearly. I devoured this information, joined the U=U Facebook page and became a member of the U=U Steering Committee. I am a true believer that if a PLHIV is undetectable they cannot transmit the virus. That’s why it’s important that every PLHIV have access to this information and the medications that makes U=U a possibility in their lives!”

U=U is considered fact by most, and still fiction by a smaller number of PLHIV, advocates, and health care workers. However, there is nothing wrong with a healthy debate and both sides can learn from the opposing perspective. Says writer Bob Leahy, “There are good conversations to be had on how U=U represents both a great opportunity and something of a challenge for some [people].” Let us start those conversations now.

Michelle Simek works at an HIV/AIDS research and treatment clinic in Los Angeles, California. She is also an actor, freelance writer, and literary editor. In her spare time, she knits, goes to punk rock shows, and pets her cat, Baxter.

The Science of U=U

Many HIV activists are applauding the prevention message, while others remain skeptical. Several respected national ASOs have declined to support the U=U campaign. Many people living with HIV are not so sure what it even is and how it might affect them.

To say that an undetectable viral load makes it virtually impossible to transmit the virus during sex is a bold and powerful statement. But only 6–14% of people who are living with HIV and are on treatment believe they cannot transmit the virus, according to AIDSMAP.

In January of 2008, the Swiss National AIDS Commission issued a statement co-authored by four of the country’s experts, most notably Dr. Pietro Vernazza. It became known as the “Swiss Statement,” which reads:

“An HIV-infected person on antiretroviral therapy with completely suppressed viraemia (“effective ART”) is not sexually infectious, i.e., cannot transmit HIV through sexual contact.” It went on to say that this statement was true as long as:

Not surprisingly, there was some backlash following this statement’s release. It was considered controversial at the time and many HIV/AIDS advocates were skeptical of the data.

In 2016, final data from the HIV Prevention Trials Network (HPTN) 052 study were published by the New England Journal of Medicine (NEJM). During HPTN 052, approximately 1,736 serodiscordant (meaning that one sexual partner was HIV-negative, the other partner was HIV-positive), mostly straight couples (although there were 38 gay couples) were followed and the HIV-positive partners were given antiretroviral medications, some sooner and some later. The study took place in 18 sites in eight countries across the world.

HPTN 052 found a 93% reduction in HIV risk in those partners who had received HIV treatment earlier, rather than later. After viral suppression for six months, there were zero new infections. Dr. Myron Cohen, principal investigator for HPTN 052 and Director of the Institute for Global Health and Infectious Diseases at the University of North Carolina at Chapel Hill, was quoted as saying, “The HPTN 052 study confirms the urgent need to treat people for HIV infection as soon as it is diagnosed to protect their health and for public health.”

On July 12, 2016, data from the PARTNER study were released in the Journal of the American Medical Association (JAMA). This study looked at 888 serodiscordant couples (38% of them were gay male couples, the rest were heterosexual), in 75 clinics in 14 European countries. The PARTNER study tracked 58,213 condomless sex acts (both anal and vaginal). Again, the HIV-positive sexual partner was on antiretroviral therapy for at least six months—and the study showed zero linked transmissions yet again. However, there were eleven new HIV infections among the HIV-negative partners, 10 in gay men and one in a straight couple. But these were not linked infections, and eight of the 11 participants reported that they had recent condomless sex with someone outside their main relationship.

But what exactly are “linked transmissions” in the context of a study? According to Dr. Anthony Fauci, head of the National Institute of Allergy and Infectious Diseases (NIAID), linked transmissions are those infections that are known to come from “regular sexual partners through genotypic tests…unlinked infections are not from the same person.” Basically, study scientists run genotypic tests that can show whose virus came from whom.

What they say about Undetectable = Untransmittable 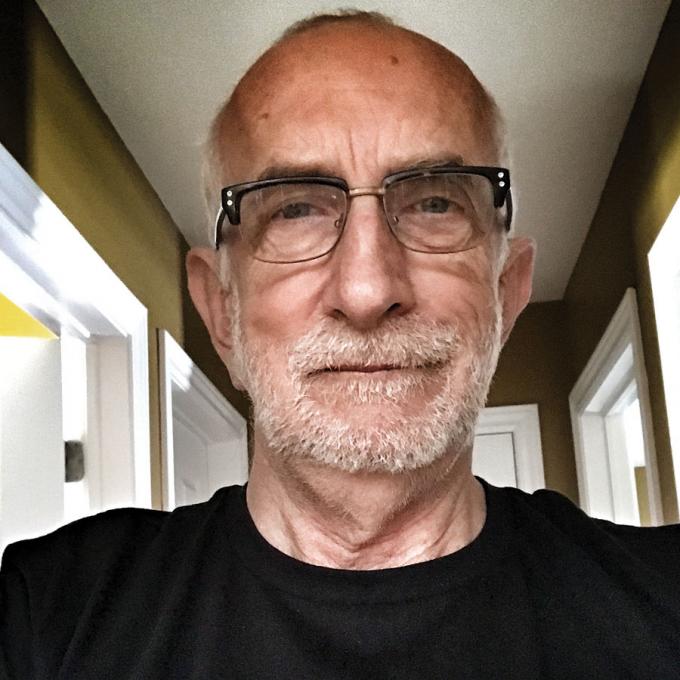 “There really is no room for skepticism. Science is science. The difficulties I see with people not accepting the campaign’s message involve people still coming to grips with the issues that the science presents, particularly to the marginalized.” 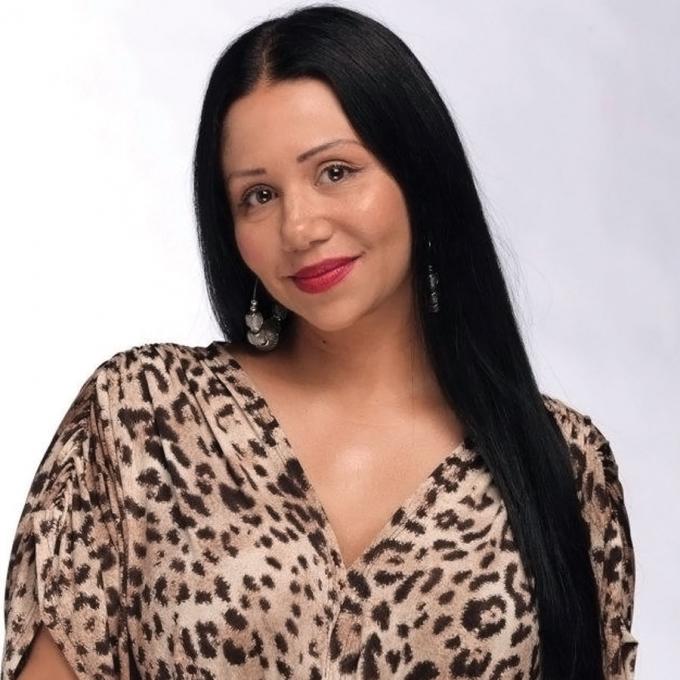 “I am a 29-year survivor of HIV. I have been undetectable for 18 years…if anyone takes their medications and has a sustained undetectable viral load we cannot transmit HIV! I consider this one of the most important anti-stigma campaigns everywhere I go and speak.” 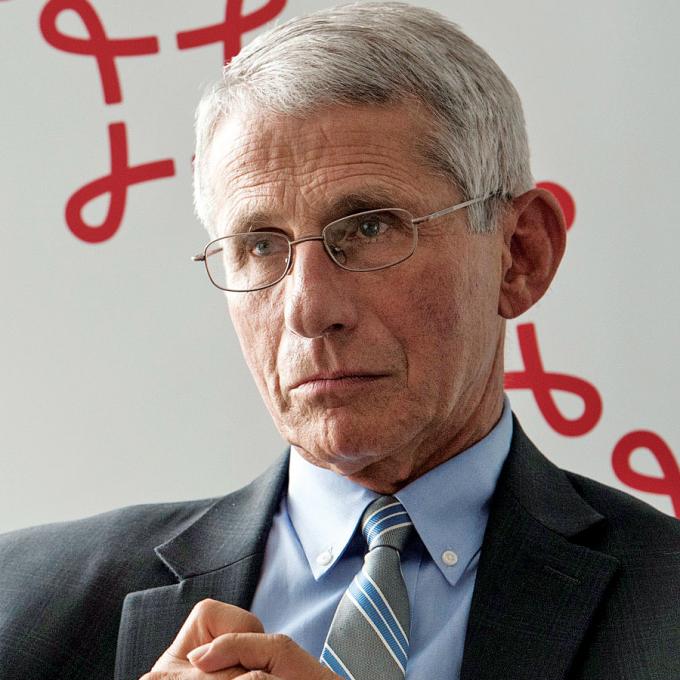 “HIV-positive people aren’t dangerous to anybody, it just isn’t so. Transmission is not completely impossible, but an overwhelming amount of data states that it is almost impossible.” UPDATE: At the 2017 United States Conference on AIDS in September, Dr. Fauci clearly articulated in his plenary talk that, "The science does validate and verify that U=U." 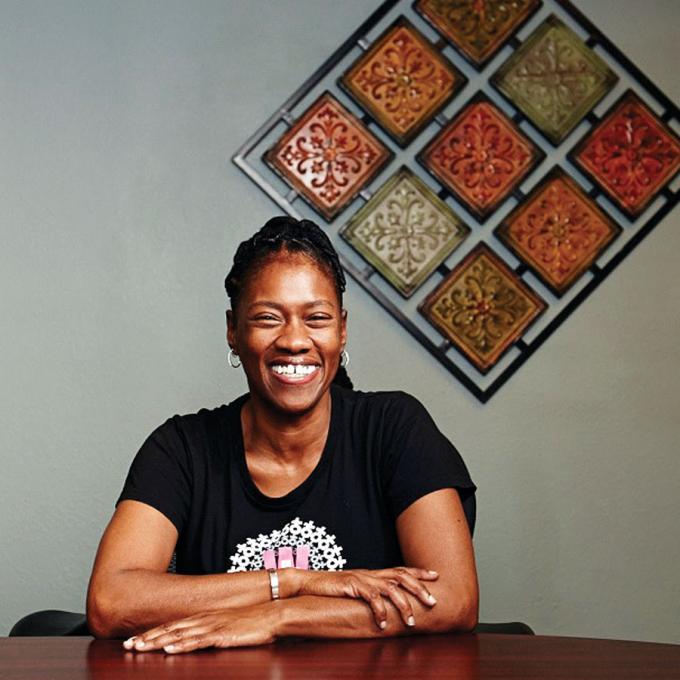 “I am a true believer that if a PLHIV is undetectable they cannot transmit the virus. That’s why it’s important that every PLHIV have access to this information and the medications that makes U=U a possibility in their lives!” 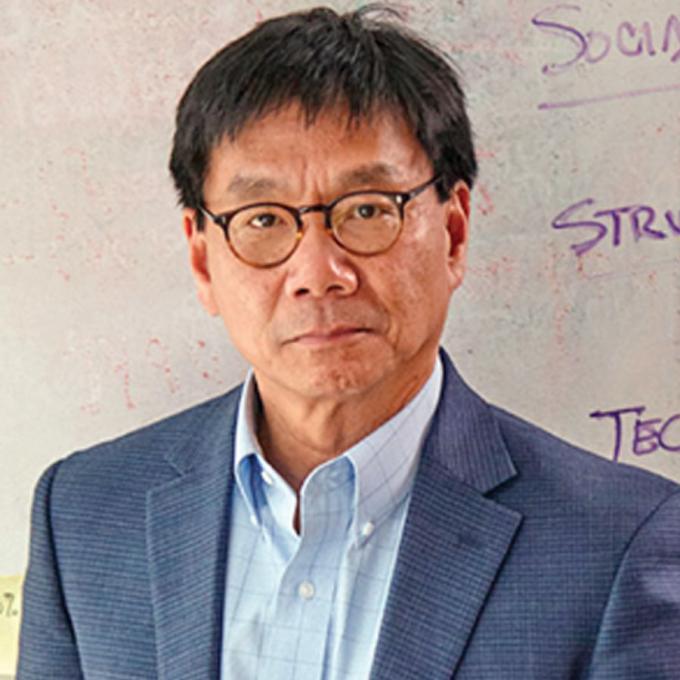 “[The] scientific evidence is compelling —not a single documented case of transmission by someone who is on effective ART. While it is hard to prove ‘zero’ risk, the risk of transmission is extraordinarily low.”