A coalition designed to focus the global AIDS response by fostering collaboration between partners launched during a special event at IAS 2017 in Paris. The End AIDS Coalition was founded by American fashion designer, amfAR Chairman of the board and UNAIDS International Goodwill Ambassador Kenneth Cole. EAC is “a collaboration of leading AIDS experts, scientists, clinicians, policy-makers, faith leaders, businesses, activists, and humanitarians working together to end the AIDS epidemic by 2030.”

End AIDS Coalition CEO Tom La Salvia said in an interview with Positively Aware that EAC has several areas of focus. “One is to change the narrative to end the epidemic by 2030. We have the tools, but we don’t have the political will and the mobilization to do it. The other thing is the global response is not united around the goal of ending the epidemic by 2030. So what we want to do is use all of the incredible work that’s being done in the lanes of prevention, treatment, and vaccine research innovation leading to a cure to figure out how the coalition can build bridges across those lanes of activity, so we can all start working together with the common goal. Because if you just stay in your lane and you’re just talking prevention, or just talking treatment, or vaccines, you’re not going to get there. You really need that to be a concerted effort.”

The program featured a number of notable speakers including Michel Sidibé, Executive Director of the United Nations Programme on HIV/AIDS (UNAIDS); Dr. Marijke Winjnroks, Interim Executive Director for the Global Fund to Fight AIDS, Tuberculosis and Malaria; Ambassador Deborah Birx, Unites States Global AIDS Coordinator; and Jake Glaser, the founder of Modern Advocate, a social enterprise connecting like-minded brands and non-profits “to create progress on the most important causes of our time.” Jake is the son of Elizabeth Glaser, who founded the Elizabeth Glaser Pediatric AIDS Foundation (EGPAF) in 1988.

Jake, who lost his mother and his sister Ariel to the epidemic and was born HIV-positive 32 years ago, gave a moving and powerful speech to close the panel discussion. In it he described how “in my personal life I’ve strived to find my own personal experience, and to find a fulfilling and meaningful path that resonates with myself and my generation. Because of that I founded Modern Advocate. At Modern Advocate we set out to empower generations about issues like HIV and AIDS, and beyond.” Jake said that to end AIDS by 2030, we have to be revolutionary and disruptive, as well as innovative.

“My name is Jake Glaser and I’m HIV-positive,” Jake declared at the end of his talk. “I’m proud of the life that I live and of what my mother endured, and I’m proud of the platform that HIV has given me. It has pushed me to become a connector, a communicator, a disruptor, and an activator. My HIV is no longer a crutch; it is a driver. It has shown me the value of life, what it means to live every moment to the max, and what it means to live a life of true value and positivity.

“While my perspective is one of many who are coming together through the End AIDS Coalition, to carry on the work of those who came before us such as my mother and many others, we are using the power of collaboration to end this epidemic once and for all. 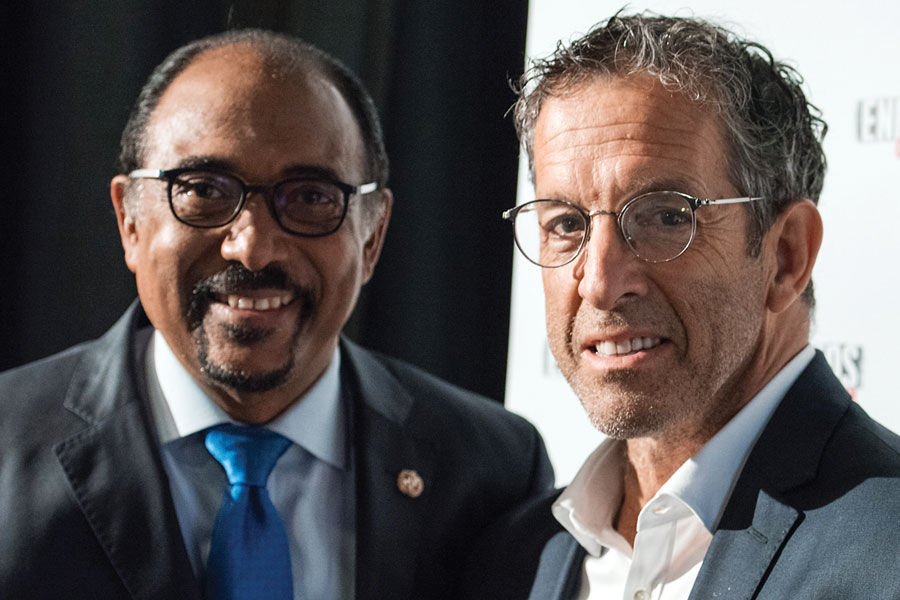 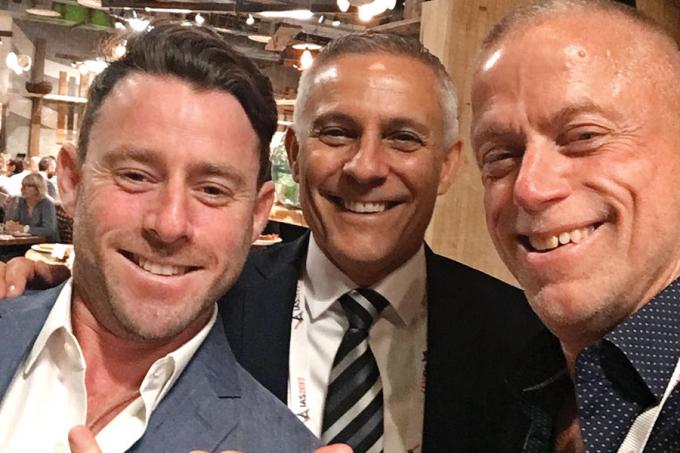 “So I leave you with this: the ball’s in our court. Every single person in this room, everyone who’s joined me on this panel, me included and my entire generation, and the generations to follow. We have an opportunity to make the right decisions, to ask new questions, and to venture into the unknown. And we have the minds and dedication to get there. So I hope you all feel this right now. Because it’s now or never.”

Learn more about the End AIDS Coalition; go to endaidscoalition.org.