The summer of 2017 will likely be remembered as a key moment in the history of treatment for hepatitis C (HCV), as two new treatments were approved by the FDA.

Both of these medications treat all genotypes (1–6), are taken once daily, and have very mild and manageable side effects.

Vosevi marks an exciting development for people who tried HCV treatment in the past but it didn’t work.

Mavyret is highlighted by the fact that it only needs to be taken for 8 weeks (typical course of HCV treatment has been 12 weeks) for treatment-naïve patients. It is also another new option for treatment-experienced patients (with 12 weeks of treatment in this case).

Mavyret’s 8-week option for treatment-naïve patients has the potential of being a real game-changer for people who may be perceived to have challenges with adherence (taking pills) due to its short duration.

The AASLD/IDSA HCV Treatment Guidance recommends treatment for “all patients with chronic HCV infection, except those with short life expectancies that cannot be remediated by treating HCV, by transplantation, or by other directed therapy.” We’ve reached a point in HCV treatment where we can say that there is almost nobody we can’t cure. 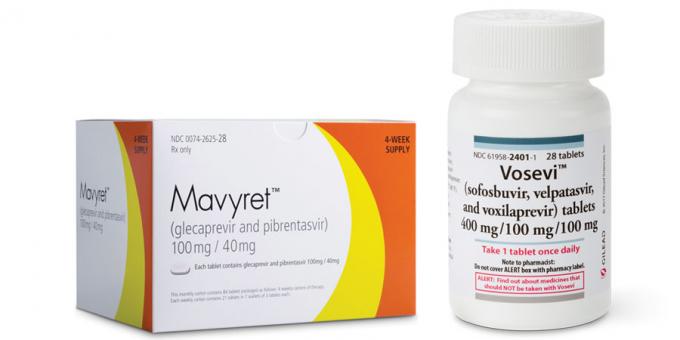 While the medications themselves are excellent scientific achievements, it’s the cost of Mavyret that is most significant: $26,400 for 8 weeks and $39,600 for 12 weeks. With the addition of Medicaid discounts under the ACA, as well as agreements made with other insurers, this lower-cost treatment option has the potential of opening access to all.

All too often, patients and advocates are told the medications are too expensive to cover and will wipe out Medicaid budgets, denying people treatment and/or making them wait until their liver health worsens so as to be eligible. This price significantly weakens this argument.

Again, there is nobody we can’t treat, and now we can afford to do it.

U.S. guidelines for HIV opportunistic infections (OI) were updated July 28 to “modernize some of the language and more closely reflect the standard of care in 2017” for pneumocystis pneumonia (PCP) and toxoplasma gondii encephalitis. This includes getting people living with HIV onto treatment earlier rather than later in order to prevent these potentially deadly infections. There’s also the possibility of stopping primary and secondary prevention strategies (such as medication) for those individuals taking HIV therapy who have undetectable viral loads and a T-cell count between 100 and 200. Criteria for being able to stop prophylaxis is provided. See the guidelines at aidsinfo.nih.gov.

The drug label for Genvoya was updated in August to add data from nearly three years of study. At 144 weeks, Genvoya continued to fare as well as its predecessor, Stribild, in terms of efficacy and side effects. There was still a decrease in bone mineral density, but as expected, not as much with Genvoya compared to Stribild. Lipid increases were slightly higher with Genvoya. Steroid drug interactions were also updated. Go to fda.gov.

Theratechnologies Inc. announced June 30 that its application for a biologics license for ibalizumab has been accepted for review by the FDA. Ibalizumab (IBA) for HIV treatment has a mechanism of action that is unlike any other antiretroviral currently on the market. If approved, it would also be the first HIV medication that doesn’t need to be taken every day. It is infused (via IV) once every two weeks. Combination therapy is still required, so that other HIV drugs will need to be taken as well.

The FDA set January 3, 2018 as the PDUFA (Prescription Drug User Act) date for its review.

U.S. HIV treatment guidelines were updated in August to add Descovy for the treatment of hepatitis B. Descovy consists of emtricitabine and tenofovir alafenamide, or FTC/TAF. In addition, adefovir and telbivudine are no longer recommended as options for people co-infected with HIV and hepatitis B, due to limited safety and efficacy data for this group, as well as a higher incidence of toxicities.

Moreover, data were added regarding fluoroquinolone resistance in Shigella isolates, including guidance on when to use the antibiotic for this infection. For more information, go to aidsinfo.nih.gov.

The Pew Charitable Trusts conducted an analysis that shows that putting people in prison for drug offenses doesn’t lower the rate of drug use or overdose deaths. “These findings reinforce a large body of prior research that casts doubt on the theory that stiffer prison terms effectively deter drug use, distribution, and other drug-law violations. The evidence strongly suggests that policymakers pursue alternative strategies that research shows will work better and cost taxpayers less,” Pew wrote in a letter to the President’s Commission on Combating Drug Addiction and the Opioid Crisis, dated June 19. Go to pewtrusts.org/en/research-and-analysis/speeches-and-testimony/2017/06/pew-analysis-finds-no-relationship-between-drug-imprisonment-and-drug-problems.

There’s concern over whether there are enough medical students pursuing HIV care to meet future needs. In June, the HIV Medical Association (HIVMA) continued to encourage the development of new providers by awarding 14 medical students with a three-year HIV research project grant. They will be working under the auspices of a mentor specializing in HIV. The research projects chosen by the winners include transgender youth homelessness, street-based HIV treatment, and the cure. Go to hivma.org.

“The Grady Health Foundation is pleased to announce a $2 million donation from Gilead Sciences that will help fund a [modernization] of Grady Health System’s Ponce de Leon Center, which houses one of the nation’s largest and most comprehensive programs for the treatment of advanced HIV and AIDS,” the organization announced on June 28.

“Currently, Atlanta is the epicenter of the urgent HIV epidemic that has greatly impacted the Southern United States,” Gilead Sciences reported in a press release. The pharmaceutical company’s award supports the planned $23 million renovation. Grady Health Foundation noted that the center serves one out of four HIV patients in Georgia. Gilead produces some of the most commonly taken HIV medications in the country, including Truvada and Genvoya.

Free PrEP and lab work is being provided through a government study comparing an injectable drug taken once every two months against the only PrEP currently available on the market, Truvada. The medication being studied, cabotegravir, has already shown efficacy against HIV. There are 37 sites enrolling participants; in the U.S., these include Aurora, Colorado; Birmingham, Alabama; Chicago; and New Orleans. Go to clinicaltrials.gov/ct2/show/NCT02720094.

Camp Heartland, for children living with HIV or affected by it, is now 25 years old. “At Camp Heartland, the stigma stops. You can say as much or as little as you want about how HIV/AIDS impacts your life and no one will judge you. And there’s a sense of relief that comes with experiencing complete acceptance.” Go to oneheartland.org. Read a moving story about the camp at hivplusmag.com/youth/2017/7/14/youth-camp-kids-hiv-celebrates-its-25th-anniversary.

United Healthcare reverses itself on PrEP

NBC News reported that United Healthcare denied Truvada for PrEP to a New York man, writing in a July letter about the HIV prevention pill, “The information sent in shows you are using this medicine for high risk homosexual behavior.” The insurer approved the prescription about a month later, following protests by HIV advocates. The letter also noted that the pill has an FDA approval “to reduce the risk of sexually acquired HIV-1 infection in adults at high risk,” but this is not always necessarily true of PrEP. “We apologize for the insensitive language appearing in the letter and regret any difficulty it caused,” a spokesperson for the company wrote in an email to NBC News in early August. “We have corrected our letters, removed the prior authorization requirement for Truvada and members can fill their prescription at the network pharmacy of their choice.” See nbcnews.com/feature/nbc-out/united-apologizes-reverses-truvada-policy-after-hiv-activists-push-back-n789801. 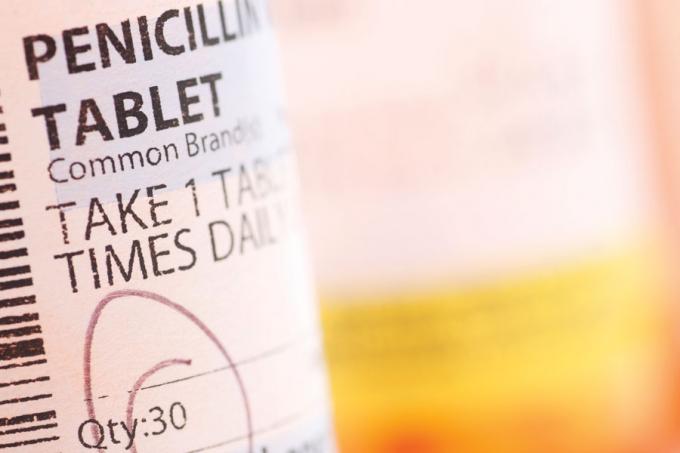 New York-based TAG (Treatment Action Group) is calling for people to sign on to a letter demanding that Pfizer meet with community advocates to discuss the shortage of a syphilis medication, Bicillin-LA. “The preferred antibiotic to cure syphilis in adults has only one manufacturer in the U.S.—and has become increasingly more difficult for health care providers to access because of a drug shortage that has lasted more than a year.

The shortage is hitting at a critical time when syphilis rates are rising in the U.S., including rates of congenital syphilis [acquired at birth],” TAG reported in a July press release. Go to treatmentactiongroup.org/content/sign-letter-response-critical-shortage-penicillin-syphilis-treatment-us. 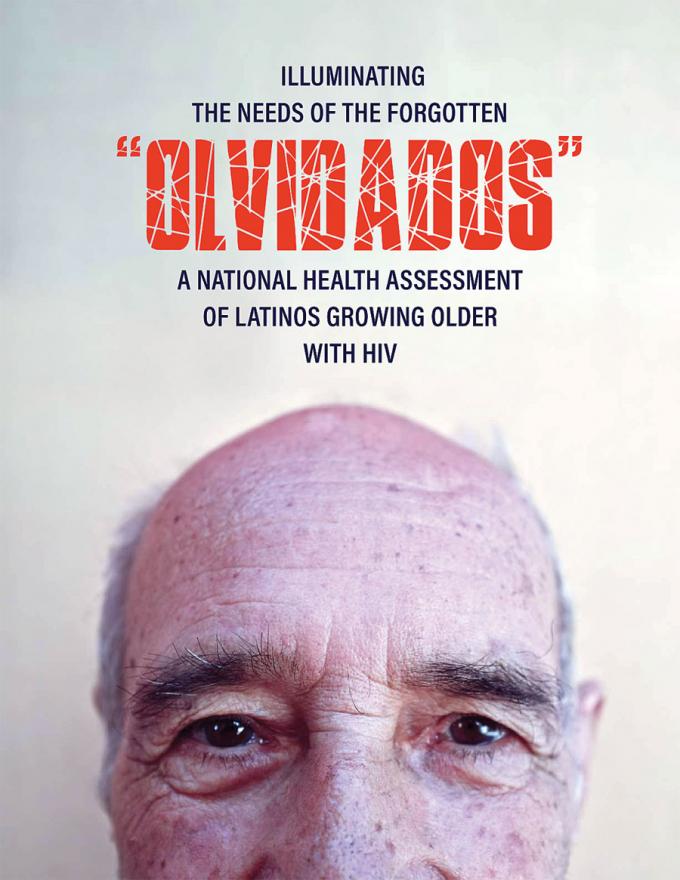 Concerned that the needs of Latinos age 50 and older who are living with HIV are not being addressed, the Latino Commission on AIDS and the Hispanic Health Network has issued what they say is the first report of its kind, highlighting the needs of “the Forgotten”—los Olvidados.

Among the report’s findings: 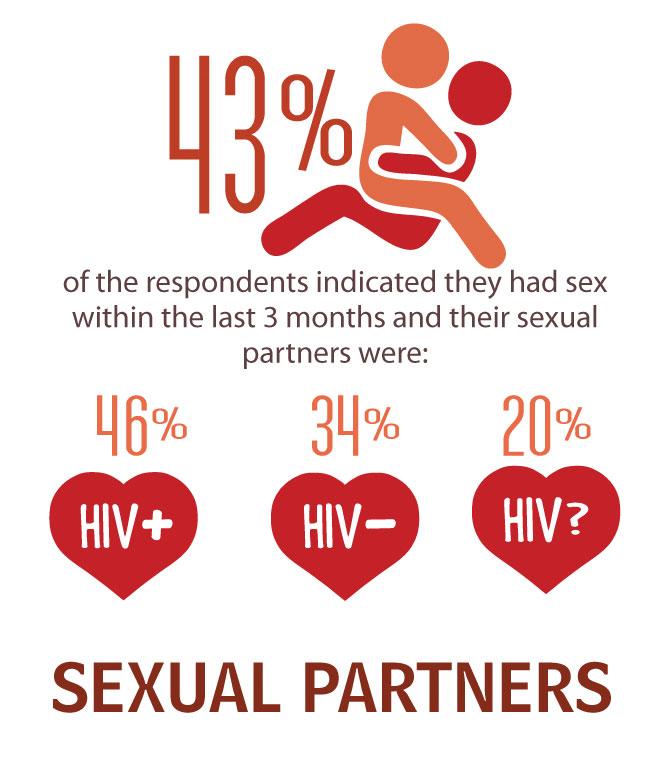 The report calls for a number of culturally aware wellness initiatives and efforts to remove stigma, as well as a call for city, county, and state public health departments to address the needs of aging Latinos.

Although they make up 18% of the U.S. population, Latinos accounted for about 24% of new HIV diagnoses in 2015, according to the Centers for Disease Control and Prevention. In 2015, Latinos ages 50–54 had a rate of HIV diagnoses that was more than twice the rate of infection among their non-Latino white counterparts.

Gilead Sciences, the Hispanic Federation, and AIDS United helped fund the survey. The report can be downloaded at latinoaids.org/publications/olvidados-older-latinos-hiv-2017.pdf