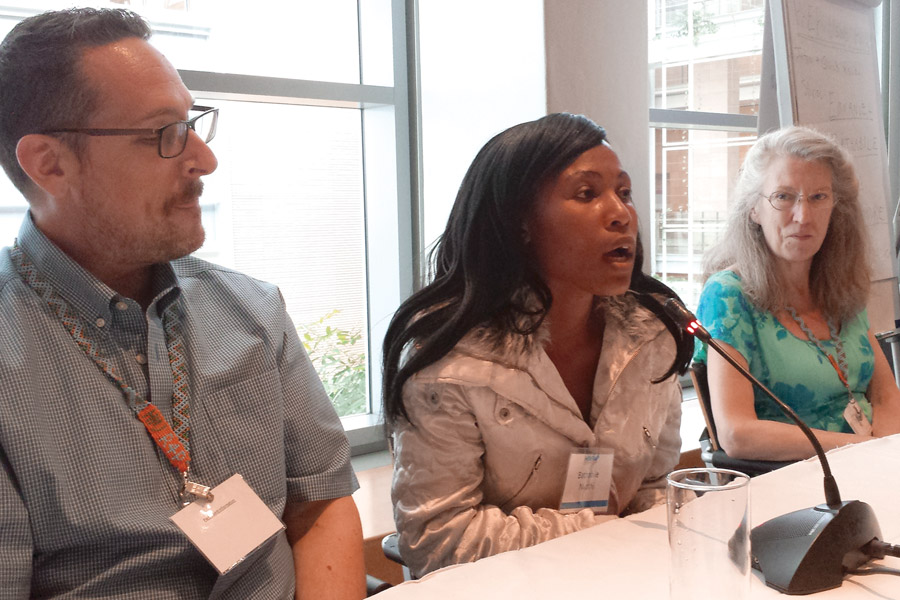 The most compelling part of the HIVR4P conference was a session at the Advocates Pre-Conference that provided a platform for PrEP users from four different countries to share their experiences and perspectives. The panelists included three gay men from South Africa, Canada, and France and one young female sex worker from Zimbabwe. Each person shared their very personal reasons for choosing to use PrEP and what that decision means for them. They eloquently articulated why HIV researchers, prevention advocates, program implementers, and funders must understand the complex factors that determine successful implementation of these new strategies, as well as continue to provide “more mechanisms for prevention.”

Marc-André of Canada, a long-time HIV prevention advocate, gave a moving account of just how powerful PrEP is on a person’s psyche. Visibly emotional, he shared that he has undergone a transformative experience because his anxiety related to HIV risk is so significantly reduced. His honesty and emotion underscored what is too frequently understated in PrEP discussions. PrEP gives people peace of mind. Since going on PrEP, Marc-André has used his personal story in his writing and advocacy to reduce PrEP stigma. His candor has proven effective. Upon learning he is on PrEP, his PrEP-averse friends are re-examining this option and their views about it.

Emanuel of France spoke to his concerns of being judged by his friends, “When I started two years ago I didn’t tell anybody. I knew I would be shamed because it means that I didn’t use condoms all of the time.” However, when he finally decided to share with his friends that he was on PrEP, he did not experience any condemnation.

Bathabile, the Zimbabwean sex worker, said, “There are so many chances when I am vulnerable to HIV. I have to protect myself with those things. PrEP makes me feel like I am in control. It makes me feel empowered.” While noting that her friends understood her decision to go on PrEP because they are in the same industry, she stated that she is stigmatized, as is sex work, by those who should be on her side and lending her support. She cited being discriminated against by other women. But she is undeterred. “I do it [PrEP] for myself and my health.”

As advocates for HIV prevention, social justice, and sexual health, it is incumbent upon us to advance an agenda that respects individuals’ ability to take control of their health.

One Advocates Pre-Conference participant summarized the power of these personal stories by saying, “Once it is personal, it makes sense.” Another issued a call to action by saying that, “Community has a responsibility to get policymakers to make the right decisions to get people what they need.”