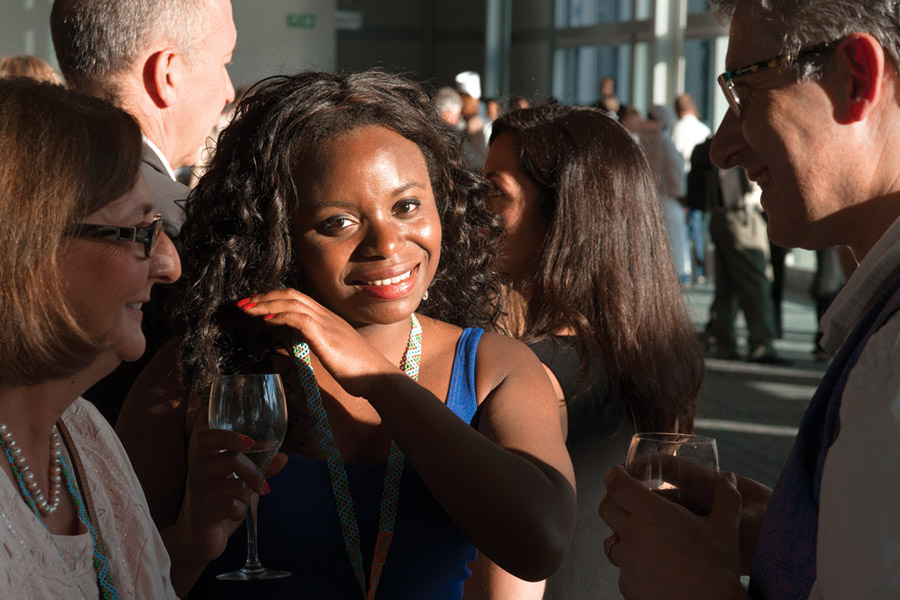 October marked the first time multiple facets of the biomedical HIV prevention research field came together under a single banner, called the HIV Research for Prevention conference (HIVR4P). Previously the microbicide and vaccine communities operated in separate spheres with separate conferences. As the lines between interventions become less defined, this new integrated approach is an important one for the overall field of new prevention technologies.

This new collaborative approach underscores the fact that no single intervention will answer our prevention prayers. Instead, we must examine the range of options in the ever-evolving prevention landscape. This combined conference is an important first step to realizing the potential for increased collaboration.

HIVR4P brought more than 1,300 scientists, policymakers, funders, and advocates to Cape Town, South Africa, to share the latest in prevention technology research and implementation. While the topics related to biomedical prevention were diverse, common to many of them was the understanding that effective HIV prevention requires more than just an effective product. Effective drug formulations and acceptable delivery mechanisms are just pieces of the larger puzzle of successful HIV prevention.

We need a clear understanding of all the factors related to the social, cultural, economic, political, and physical contexts that influence a person’s HIV vulnerability. Such factors are not singular in nature, but work together to reduce or increase a person’s chances of becoming HIV-positive. They also play directly into each community’s response to the epidemic, including the types of prevention and care services that are provided, and to whom.

For instance, social and cultural factors shaped women’s decision-making when choosing whether to use the vaginal gel and tablet for prevention of HIV as instructed. They also informed how, if, and when individuals would come out as PrEP (pre-exposure prophylaxis) users to their friends, colleagues, and community members, while the political, economic, and regulatory environments determined individuals’ ability to access PrEP in the first place.

What follows is a snapshot of the discussions at HIVR4P regarding how some of the factors mentioned above influenced the behaviors of study participants, and ultimately trial outcomes.

Multiple sessions were dedicated to analyses of the VOICE study and shed light on the varied reasons why women did not use the test products provided while reporting that they did. Conducted by the Microbicides Trials Network (MTN), the VOICE (Vaginal and Oral Interventions to Control the Epidemic) study evaluated the safety and efficacy of daily use of oral tenofovir, oral Truvada, or a tenofovir-based vaginal gel for prevention of HIV. Trial results released in early 2013 revealed that the majority of study participants did not take the pills or use the gels as instructed, but self-reported high levels of adherence all the same. To try to understand this discrepancy, study staff conducted in-depth interviews as well as focus groups with a subset of VOICE participants.

A number of women noted that participant conversations in site waiting rooms included rumors that the study drug caused serious side effects and even HIV. Some women also feared that the gel could cause uterine cancer or negatively impact their ability to conceive. Distrust of clinic staff and negative perspectives of women’s partners, family, and friends also influenced their product use. One woman whose partner did not like the product shared that her economic dependence on her partner required her to stop using it. She stated that she “had to be more obedient to him than to the clinic.”

Women who were more adherent to the gel and tablets said they valued the information and guidance given by clinic staff. Having the ability to regularly access health care and discuss their sexual health, receive risk reduction counseling, and obtain condoms, HIV tests, and STI screenings was also important to them. Strategies used to overcome challenges included combatting disapproval of product use by those close to them.

These conversations are critical to understanding women’s concerns and contexts. Such understanding can help inform the development of products and programming that meet diverse prevention needs.

Another study sought to understand women’s decisions to stop taking PrEP. Reasons given included a partner’s absence, or lack of a partner. Others stated they would stop taking PrEP if a partner asked them to stop, raising the issue again of how a myriad of factors, particularly relationship dynamics, influence a woman’s decision to use any prevention option, even one that can be taken without her partner’s knowledge. Pregnancy, side effects, and disruption of routine due to travel were also named as reasons why they might choose to press pause on PrEP use. And again, issues that are determined by political and economic realities also loomed large in deciding to PrEP or not to PrEP. Women stated that if accessibility, availability, and affordability prohibited use, then they should stop their PrEP use.

Also presented at HIVR4P was another effort to understand women’s decision-making regarding communicating product use. Researchers asked the participants of the CAPRISA trial to whom and when they disclosed product use. (CAPRISA found that using a tenofovir microbicide gel before and after vaginal sex reduced women’s risk of HIV by 39%. Stay tuned for FACTS trial data due out this year, seeking to confirm the CAPRISA efficacy data.)

Researchers also conducted focus groups and in-depth interviews with partners of women enrolled in the study, as well as men in the community who were not partners of study participants. Outcomes indicated that women were more likely to share that they were using the product with partners they felt positively towards. In other words, the more negative the feelings toward a partner, the less likely a woman was to share that she was using a microbicide. Disclosure was a process for the women and contingent upon the relationship with partners and other circumstances. Similarly, their male partners’ acceptance of women’s product use also took time. When asked their thoughts about disclosing product use, men who did not have partners on the gel reported that communicating product use indicated a relationship’s stability and respect for autonomous decision-making.

The United States is the only country where Truvada is approved for PrEP. Consequently, communities vulnerable to HIV, including thousands of study participants outside the U.S. who made the PrEP findings possible, are unable to access it. Instead, these individuals can only (potentially) access PrEP through off-label prescriptions, demonstration projects, and open-label studies. In the case of PrEP studies TDF2 and iPrEx, study participants who previously accessed PrEP through the clinical trial faced access gaps between the end of the first study and the start of the next. Such access gaps put the health of those very individuals who made PrEP possible at risk.

Bridget Haire of the University of New South Wales Australia and the Australian Federation of AIDS Organisations noted during her plenary session that such interruptions to access must and can be prevented. She called for ensuring that clinical trial designs include plans to ensure continuous drug delivery following a trial’s end. Identifying the steps and systems that are necessary for ongoing access during the trial’s front end will make it possible for those participants who want continued product access to obtain it. The need for such intentionality in trial design is not unique to PrEP. It is necessary for any and all of the new prevention technologies that are in development.

So what do we do now?

Well, the Mapping Pathways project housed at the AIDS Foundation of Chicago (AFC) has a few ideas. (Full disclosure, I work on this project and had a poster on it at HIVR4P.) The project is all about the need to identify and consider community-specific factors beyond clinical data that determine successful implementation of antiretroviral-based prevention options including PrEP, PEP (post-exposure prophylaxis), treatment, and microbicides. These factors are political, economic, social, and cultural. And they must be examined and understood in the clinical trial context if we are to understand what must be done to ensure that the people who need new prevention options can both access and use them.

Understanding these factors and integrating that understanding into the design of clinical trials, behavioral research, and implementation programs is essential for the success of any prevention technology. It simply is not enough to know that a product is safe, acceptable, and effective. We must also know what type of policy and economic environment will foster its availability. We must engage diverse stakeholders to enable uptake. We must listen to the community that these products are being designed for and authentically involve them in every aspect from development to implementation to evaluation—so the field develops things that people want. We must honor their contributions and not discount their experiences.

Chicago will host the next HIVR4P in October 2016. Stay tuned.

For webcasts, presentations, and posters from the conference. go to HIVR4P.org.

Jessica Terlikowski is Director of Prevention Technology Education at the AIDS Foundation of Chicago.