The Cost of Long-Term Survival 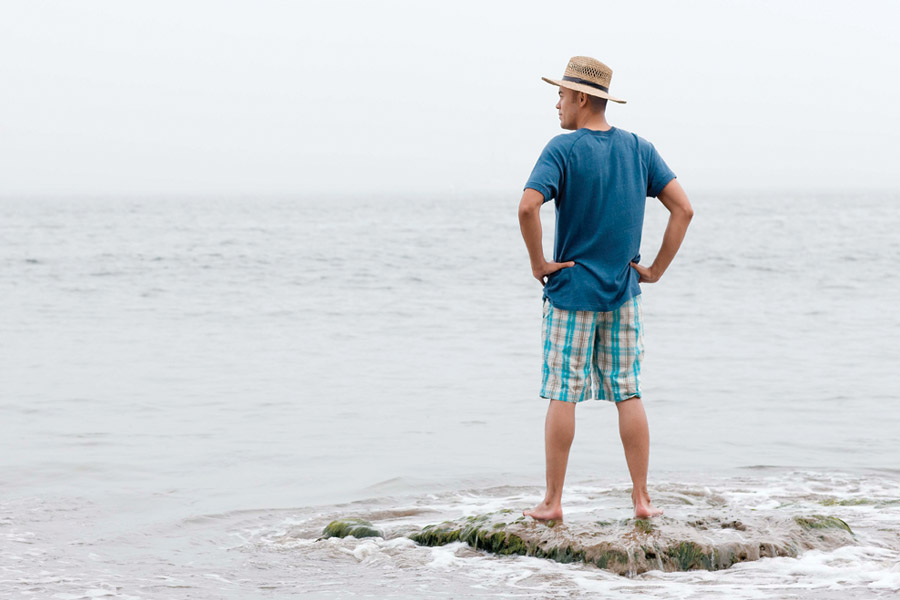 “We long-term survivors get lost in the present atmosphere that says HIV is no longer a big deal. It is a big deal for us as we deal with the effects of long-term infection and the accumulated ravages of taking the meds. I feel alone and forgotten; and, I envy those who died back in the ’80s and early ’90s.”

“Recently I had to add testosterone to my daily medication regimen and as soon as I get myself to the doctor for an A1C screening I know I’m going to be put on oral diabetes medication. I mean, when is enough enough? What is the reason for scraping to stay alive and healthy when there’s nothing to look forward to but more chaos, uncertainty, and pain?”

“I recently read the question by someone [wondering] whether he ‘deserved to live.’ My question is, ‘Do I want to live?’”

These are some of the comments HIV treatment advocate Nelson Vergel has received in his work with Ask the Experts at TheBody.com, a website devoted to people living with the virus. Earlier this year he sent out a message to the PozHealth listserv and to Positively Aware, linking to these letters from readers who had virtually given up or who feared for their future.

Wrote Vergel, “I am getting so many emails like these. We really need to have a discussion about how prevalent depression while aging with HIV is, and how we should advocate for special services for the ‘AIDS veterans.’”

The former chemical engineer and co-author of Built to Survive travels extensively around the country giving talks on HIV nutrition, exercise, and treatment, so he constantly hears the concerns of people living with the virus. He wrote a blog entry entitled “The Long-Term Survivor Dilemma” three years ago, but said he’s hearing more and more about the problems he discussed then, including a sense of shame about admitting fears.

“People wonder, ‘Why have I tried this hard if my future doesn’t look that great?’ The thing is, those people can’t say that to anyone because people say you should be happy you’re alive, but sometimes we don’t feel very happy to be alive,” Vergel said. “We don’t feel safe enough to admit any of this. Gay, straight, male, female—we had this intense fear of death. You’re almost afraid to release it. And we are still waiting to be happy.”

“Maybe you have PTSD [post-traumatic stress disorder],” a friend told him one day. It suddenly all began to make sense.

“We don’t have a place to go for vets with HIV. That’s what we are—veterans of a war, but we don’t have that recognition or support,” said Vergel. “I had to bury all these friends and my boyfriend. I completely shut down that part of myself so I don’t suffer. I don’t cry and I don’t grieve.” He didn’t even feel anything when his father died, making Vergel wonder what was wrong with him.

“We have concentrated on viral load and T-cells for 30 years, and we have neglected this side of us,” Vergel said.

Although married to a psychiatrist, his long-term partner of 20 years, Vergel finds that only others who have lived his experience can understand it. “We’re a minority within a minority. Only another person who’s gone through it really gets it. People tell us, ‘you need new friends’ or, ‘get out of the house more.’” Many, he points out, also continue to live with lingering body and facial changes from lipodystrophy as well, creating yet another stressor.

Having talked with people all over the country who are living with HIV and getting constant messages from many others, Vergel has seen that having survived trauma and perhaps not having dealt with it, long-term survivors now face renewed fears about illness, with all the added concerns of the later stages of life. As the epidemic shifted to one with viable medications, those who have survived the earliest days live not only with leftover health issues, but with the financial constraints that go hand-in-hand with medical care. Now there are health problems on the horizon with no foreseeable extra resources for those with limited incomes. Vergel’s cancer diagnosis and chemotherapy last year brought out all these fears and insecurities.

In that blog entry, he wrote, “Many people with HIV on permanent disability struggle by on less than $1,000 a month to pay all their bills. Others who get payments from private disability policies from their last job will lose them when they reach age 65. But who thought we were going to live to be 65 anyway?!”

Vergel has eight friends who are set to lose their former job’s disability income, and it terrifies them. The City of San Francisco is looking at its aging HIV-positive population and what will happen as those who have private disability plans reach retirement age and lose that income. The activist group Let’s Kick ASS, or AIDS Survivor Syndrome (see page 16), is reaching out to people who are in this position. (Contact LKA co-founder Tez Anderson at Tez@LetsKickASS.org.)

“They feel trapped financially,” Vergel says of long-term survivors. “They can’t regain their financial health. There’s lots of fear and depression, a lot of anxiety.”

Vergel also wonders what will happen to nursing homes and other care facilities for those with the added layer of HIV. There might be a lack of LGBT-friendly places. “Where are we going to fit?” he asked. Then also, there are no non-profit organizations working on any of these issues, he said. “We’re lacking creative solutions.”

Meanwhile, bad news about aging and HIV continues to come out from medical journals and conferences. “We don’t want to hear that,” said Vergel. “We want solutions.”

“We used to have retreats,” he recalls. “We don’t have the social networks we used to have. All we have now is the Internet.”

One of the difficulties of long-term survivors is not wanting to appear weak or whiney. Said Vergel, “We try to live in the present and be happy, but there’s also this ticking time bomb.”