Why this nonprofit has been fighting for equity for the last 30 years
By Gracie Bonds Staples May 7, 2022

Beth Crutsinger-Perry, director of the Washington State Department of Health’s Office of Infectious Disease, was doing HIV administrative work for Ryan White services in Texas when she first heard about the National Alliance of State and Territorial AIDS Directors (NASTAD). A colleague and friend of hers had moved to Washington, D.C. to work for the non-profit and stayed in touch. In 2004, Crutsinger-Perry followed him there, signing on to continue NASTAD’s mission: providing technical assistance to state AIDS programs. When an opportunity opened up in Washington state, she jumped at the chance to oversee the state’s AIDS Drug Assistance Program (ADAP), which provided HIV prescription drugs to low-income people with limited or no prescription drug coverage. Her work in the state may not have been as successful, she said, had it not been for NASTAD’s near constant guidance.

Thirty years ago, a group of state public healthcare workers came together and founded NASTAD. Since its inception, the national non-profit has helped hundreds of state and local health departments develop and implement AIDS service programs across the country.

“I fully believe that NASTAD’s efforts make health departments better at our work and also able to provide stronger programs and services to the communities we serve,” Crutsinger-Perry said.

Washington state’s department of health is just one of hundreds of state and local health departments across the country that NASTAD has helped develop and implement AIDS service programs.

“That means thousands of people either living with HIV or who have been impacted by the disease have been able to receive care that they would not have otherwise received,” said Stephen Lee, MD, NASTAD’s executive director.

“Often when we think of AIDS services we think of direct patient care,” Lee said. “NASTAD does not do that. We work with health departments to help them better deliver care to patients.”

As the first cases emerged in 1981, Lee was just starting his career taking care of people with AIDS and remembers them dying without access to treatment. Not only was the cause of AIDS unknown, there were also no tests or available treatments. By the time most patients presented with symptoms, they had just months to live.

“It was heartbreaking, exhausting. And it made me angry to see so many young men dying,” said Lee. That started to change in 1987 when AZT, the first anti-HIV drug, became available, he said, but people were still dying of opportunistic infections related to the virus. AZT slowed the progression of HIV, but there was no cure in sight.

As they celebrate their 30th anniversary, Lee said that NASTAD is laser-focused on ending the epidemic as we know it.

“As there is no cure, ending the HIV epidemic does not mean HIV goes away,” he said, “but that it is manageable in the same way you manage diabetes, with daily medication to keep the virus under control and undetectable. That also includes preventing transmission for those at high risk for acquiring HIV, through pre-exposure prophylaxis or PrEP.”

NASTAD was founded in 1992 at a time when the HIV/AIDS epidemic had become the number one cause of death in the U.S. for men ages 25–44. Health departments across the country, already burdened by a lack of resources, were scrambling to keep up. NASTAD officials hoped to advance the health and dignity of people living with and impacted by HIV and AIDS, viral hepatitis, and intersecting epidemics by strengthening public health and leveraging community partnerships.

As the epidemic evolved, diagnosis, testing, prevention, and treatment became more common. At the same time, Lee said, NASTAD expanded its work to include ensuring access to care, securing funding and resources for prevention, and ending the HIV epidemic, a goal it has been pursuing since 2016.

‘Often when we think of AIDS services, we think of direct patient care. NASTAD does not do that. We work with health departments to help them better deliver care to patients.’ —Stephen Lee, MD

In 2000, NASTAD expanded prevention and treatment to include people living with hepatitis, including hepatitis C, a viral infection transmitted primarily through injection drug use. While much of its work was done in person prior to COVID-19, NASTAD has since pivoted to primarily offering assistance via virtual and hybrid platforms, such as webinars, workshops, and blogs.

The CDC awarded NASTAD a five-year cooperative agreement in 2019 to enhance state and local health departments’ ability to end the epidemic. While ending the epidemic is considered an ambitious goal, there are some who believe it will not happen if policies that create stigma and discrimination remain in place, particularly against those who are LGBTQ, immigrants, people of color, or women.

According to the latest CDC data, 36,801 people received an HIV diagnosis in the U.S. and dependent areas in 2019. Racial and ethnic minorities have been disproportionately affected by HIV/AIDS since the beginning of the epidemic; they continue to represent the majority of new HIV diagnoses, people living with HIV, and deaths among people with HIV.

Lee said the challenge will be to end the epidemic across all those populations. Having spent the last 19 years in HIV program design, implementation, assessment, and evaluation, he remains undaunted. He said, however, “I’m less confident we will do that unless there is equitable access to all the tools in our toolbox to end the epidemic.”

Those tools, Lee said, include ensuring people get tested and know their status, are aware of prevention tools such as pre-exposure prophylaxis, or PrEP, and making sure they have access to treatment when they test positive. Equally important is ensuring social determinants such as housing and financial stability are addressed.

“In my heart, I believe we can do it,” Lee said. “We have to trust compassionate human beings to make sure all have access, and unfortunately we don’t see that as much as we’d like.”

Crutsinger-Perry, who was recently named chair of NASTAD’s board of directors, said her experience at the national, state, and community level provides her a unique lens from which to view NASTAD’s work. She maintains that “anti-racism work is vital to ending the HIV/AIDS and hepatitis epidemics, and NASTAD can be a critical partner to help health departments assess and evaluate our work through an anti-racism lens.” That includes exposing internal systems that could be promoting racism and developing programs to bring about change.

NASTAD has already been instrumental in this regard, Crutsinger-Perry said. For instance, when her office was doing work with the state legislature to remove a felony penalty for knowingly exposing someone to HIV without their knowledge, the non-profit provided her staff with a list of current HIV decriminalization statutes and their language and penalties. Previous language used was racist in outcome.

“This document was very helpful, both from helping draft bill language and in sharing with other legislators so they could see how other states have worked to decriminalize HIV,” she said. Washington state’s bill passed in 2020.

In addition, the state’s health department staff routinely consults with NASTAD to discuss and explore ways to examine the systems that affect access to and affordability of PrEP and antiretroviral therapy (ART). These consultations produce insights that help the department take positions on such issues as Medicaid policy or the science behind prevention campaigns such as U=U (undetectable equals untransmittable). NASTAD was one of the first organizations to sign on to the campaign and encourage health department members to add their endorsement and support.

Crutsinger-Perry explained that the PrEP and ART landscape is constantly changing and evolving. NASTAD summarizes issues, guidance, and opportunities in a way that is digestible and actionable for local, regional, and national efforts. Any time there are changes to guidelines from the CDC, the National Institutes of Health, or the Food and Drug Administration, she said, NASTAD brings health departments up to speed, explaining those changes so that staff can understand and know how to implement them.

For 30 years, Lee said, NASTAD has been committed to prioritizing the health of people from marginalized communities, including people who are LGBTQ, Black people, and other racial and ethnic groups. Looking ahead, he said, “We must continue to address health disparities and inequities in order to end the HIV/AIDS, viral hepatitis, and intersecting epidemics, and ensure optimal health outcomes for all.” 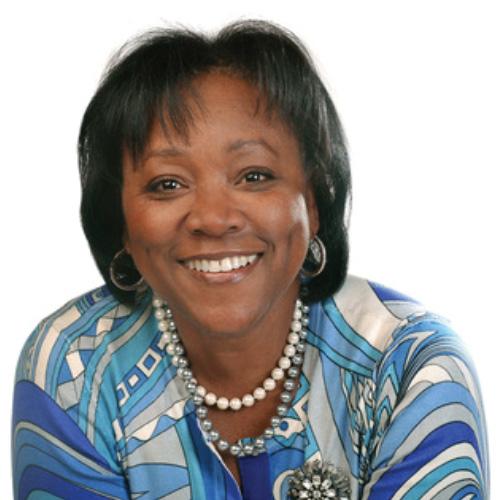 Gracie Bonds Staples (she, her) is an award-winning feature writer and columnist with more than 40 years of experience writing for daily newspapers. Before retiring in 2021, she spent 20 years at The Atlanta Journal-Constitution, producing high-impact narratives and the twice-weekly “This Life with Gracie” column.