These figures are particularly disheartening considering the availability of pre-exposure prophylaxis (PrEP), which has been protecting people from HIV transmission since 2012.

In separate interviews, McKinley-Beach and Blackstock talked about raising awareness about PrEP among Black women, activists, and health organizations across the country.

McKinley-Beach, an HIV activist with over 30 years of experience, notes that PrEP is a wonderful biomedical intervention against HIV, but laments that it is marketed almost exclusively towards gay men, even though studies have found that Black women are receptive to it when they are given basic information about its use—this includes the realization that unlike condoms, using PrEP does not require discussion with a partner.

That’s why McKinley-Beach says that all Black women need to know about PrEP “because it gives us more choices and greater freedom over sex.” She adds that every woman who has sex needs to participate in this conversation—including those who are done with having children—because 36% of women who were newly diagnosed with HIV in 2018 were 45 and older.

Juan Michael Porter II: What has been your experience with PrEP and health advocates for Black women?

McKinley-Beach: Many of us have taken the position that we are the ones that we’ve been waiting for. Our overall HIV infrastructure has not ensured diversity in PrEP awareness and promotion, so we’ve decided that we’re gonna have to save ourselves.

Can you talk about some of the groups you’ve connected with on PrEP awareness?

Yes! Last year was a rockstar year. We had our own health conference for Black women in November called “Where She Leads, We Will Follow Her,” which was very intentional about looking at HIV care and treatment as well as focusing heavily on PrEP.

There’s Jacky Bickham, a member of Louisiana’s Department of Health, who has done a phenomenal job in getting promotional materials out and mobilizing with local coalitions. Crystal Mobley launched a PrEP marketing campaign in Fort Lauderdale with a picture of a beautiful Black woman on a bus saying something like, “I made a decision about PrEP.”

And there’s a group of women in D.C., both in the health department and at a contract provider that is similar to our Atlanta Black Women Leaders on PrEP group. We are all learning from each other.

It sounds like you’re creating a real network. Has that been a major goal for you in developing the Black Women in Biomedical Interventions Institute?

Absolutely. I created the Institute because I know that I have to leave this knowledge that I’ve accumulated over the past three decades to the next generation of HIV activists and leaders. This network that I’m part of is here to ensure that there is support for people in various jurisdictions.

For my part, whenever I learn about something that’s happening, I send an email to our director of the Office of National AIDS Policy, Harold Phillips, because it’s important that our government partners acknowledge and learn about the best practices for serving Black women.

What is the biggest obstacle to PrEP access for Black women?

That people are talking about it, but they’re not talking about it to Black women. I’d go even further and say that this is a problem with PrEP access for Black communities in general. I saw some prescription data that showed that less than 10% of PrEP prescriptions went to Black individuals, regardless of gender.

How does this get changed?

We constantly hear this excuse about Black women being hard to reach. But when it comes to making money off of us, people automatically know how to get in touch. So, why aren’t HIV organizations doing it? Why aren’t they partnering with beauty parlors, for instance, places they know Black women will be? We fix these issues by talking to Black women and getting rid of the excuses.

What are some of your goals?

To focus obstetricians and gynecologists on educating women and prescribing PrEP to them—period. I want to build a league of clinical ambassadors that is made up of OBGYN and nurse practitioners who are seeing women every day and ensuring that they are having these conversations about sexual health, including PrEP for women of all ages.

For Oni Blackstock, addressing PrEP inequity is a racial justice issue. She combats this through her group, Health Justice, which helps organizations center on equal access and antiracism.

Juan Michael Porter II: When you think about access to PrEP, what are you looking at?

Blackstock: Follow the money. The CDC offers a lot of HIV prevention funding, but which jurisdictions are getting funded, and what are the underlying factors that prevent communities from experiencing change?

How do you address those disparities?

I’ve started to work with public health departments in the South and have found that many people within the health spaces and community-based organizations aren’t aware of issues about PrEP access.

All of our Ryan White contracted providers have been required to take racial equity training. That means front desk staff and PrEP navigators as a start, though we want to get to a point where leadership is participating as well because they set the tone for behavior and values.

How do you get leadership to buy into participating?

By linking this type of training with funding and making funding contingent upon the results of racial equity—or even having folks explain what they’re doing to address racial equity issues in their respective organizations.

My work with Health Justice has been focused on health departments, but equity issues and lack of awareness about PrEP exist in community organizations as well. I don’t know if it will happen, but the hope is that this antiracism work will have a trickle-down effect.

What key points do you focus on when addressing access to PrEP and Black women?

It comes back to equity. Think about the article that reported that of the $3.8 million for Ryan White-funded clinics that serve Black women, only 10% went to organizations that were actually run by Black women. The same system that puts Black women at risk for HIV turned around and excluded organizations that Black women run from funding. I make sure to highlight that.

But funding aside, I let people know that Black women are multi-dimensional and just like everyone else, we have different needs. So, addressing one issue isn’t sufficient—if we want things to change, organizations have to figure out, What are the priorities for Black women in this specific community? And make sure the services they offer are addressing those needs in addition to their HIV treatment and prevention. Because you can’t get to one if you don’t address the other. 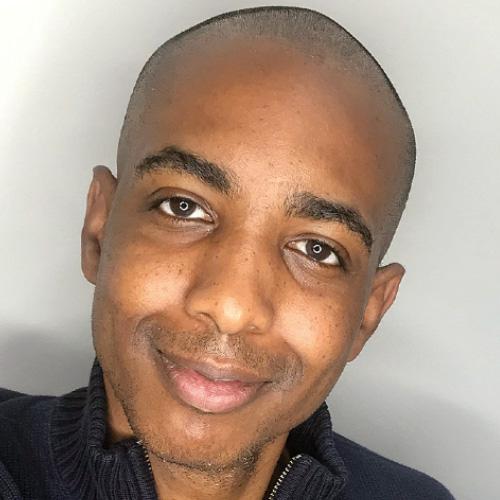 Juan Michael Porter II (he, him) is a Black queer man living with HIV. He has written for TheBody.com, PBS American Masters, the San Francisco Chronicle, the Christian Science Monitor, Playbill, and the New York Observer. He is a National Critics Institute and Poynter Power of Diverse Voices Fellow.