Playwright Dominic Colón on telling diverse stories: We matter
By Nic Yeager May 7, 2022

Change happens through policy and research, but it also occurs through our creative pursuits. Who are the artists dedicated to HIV/AIDS advocacy, and what are their challenges? Dominic Colón is a writer fighting to make space for a new, diverse canon of work about HIV/AIDS in theater, film, and television. In December 2021, Colón won the inaugural Write It Out! prize for playwrights living with HIV, presented by HIV-positive playwright Donja R. Love and the National Queer Theater.

Colón’s prizewinning play, The War I Know, chronicles the impact of HIV/AIDS on the Latinx community in the Bronx starting in 1987. The story follows Eggie, a flamboyant 12-year-old, and his 10-year-old neighbor Maribel, who perinatally acquired HIV and lost both her parents to AIDS, and Maribel’s older siblings who are struggling to step up as caretakers. It’s a gripping, stunning work that locates AIDS as one axis of struggle. Through this lens, we see how stigma and poverty interact with race, sexuality, violence, housing, childcare, and policing. In a rageful monologue, one character declares: “You don’t see them fancy ass white gay guys having to put up with this shit. … So we need to show each other some love and take care of each other, because the rest of this world could give a shit about us.”

Nic Yeager: What does the crossover of art and advocacy mean to you?

Well, that’s how I came into writing. I’ve always been an actor and educator. But prior to seroconverting and becoming positive, I ran a company called Teatro el Puente—part of a larger organization called El Puente [The Bridge] in Williamsburg, Brooklyn—that did HIV prevention through theater from 2000 to 2012. We would create our own pieces and go to high schools, afterschool programs, and community centers. When you catch young people’s attention, that’s when I realized the power that this medium has for change and social justice, and how you can be entertaining and impactful at the same time.

‘When you catch young people’s attention, that’s when I realized the power that this medium has for change and social justice, and how you can be entertaining and impactful at the same time.’

How did you start focusing on writing in addition to acting?

It was at a point in my life where I had just started to deal with my status. I tested positive in 2005. Although I sought out health care, I didn’t feel comfortable really dealing with it in my personal life. I didn’t even tell my mother for six years. It started to manifest in unhealthy ways. I needed to take care of myself, and that’s when I went into therapy. Therapy ended up helping me find a spiritual practice, and eventually all that work manifested in weight loss and weight loss surgeries.

For a big part of my life, I was a larger actor. I lost 200 pounds in 2014. Once I lost all that weight, I was at a weird place in terms of film and TV work. I had a conversation with my manager and she told me to use my writing talents and create something. And I did. I wrote a short film, Skin, about a guy dealing with extreme weight loss. He’s scared to have sex with his boyfriend without a shirt on. I remember being on set the first day, and I was like, Wow, you know, everyone is here because I had the bravery to create this script, to tell my story that is specific to me but that can affect other people. This is what I want the next part of my career to be. I created this pilot, Papi, that got on the Latinx TV Black List, and when lockdown happened [in 2020] I had the time to put pen to paper for The War I Know, and ultimately, the two plays that come after.

Here’s the thing. In terms of “wrong,” what I will say is this: I’m tired of seeing the same thing over and over and over again. I’m tired of hearing a lot of the same language like, “oh my god, this is the most important piece.” It’s like, God bless you. But, for me, it was just that this story should be represented because I hadn’t seen it before. This is a version of my story, and my family’s story, and the fact that before the age of 13, everyone that I lost was because of AIDS. You know what I’m saying? How it affected my community, specifically. It wasn’t just gay people—it was the poor, it was people who were addicted. I saw it everywhere except on stage. Even 30, 40 years later, we’re still—with the exception of Donja [R. Love], but in terms of whatever the larger version of the American theater is—it is a struggle to get our stories told.

I want us to have our Angels, our The Normal Heart. I feel like this [The War I Know] lives in that world of epic storytelling. I would love for this story to be seen on Broadway, and not just the Broadway community, but the community that this was written for.

Do you have advice for young creators working on changing narratives in theater, film, and television?

You are worthy. You are worthy. You are worthy. I think oftentimes—I’ll speak for myself—I felt like, because of shit that was put on me, I was not worthy of happiness, of love, of success. And I believed those lies. Until I decided not to, and changed my life, and affirmed every day that not only am I worthy, but that I matter, that my presence matters, that my voice matters, and that every day, when I press that Zoom link to go into that writers’ room [Colón is working on Netflix’s upcoming series, Pink Marine], I have a duty to show up as my full self. We have the potential to change lives through our art. I owe that to myself and to my community. It’s not just me, I am a representation of all those who couldn’t be here, who didn’t have that opportunity to tell their story. So go out there and do the work because it matters. 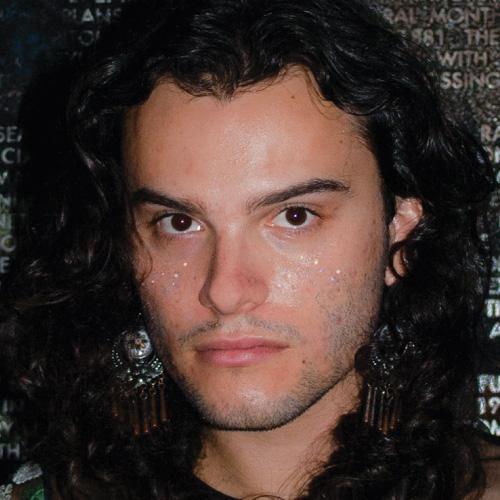 Nic Yeager (they, she) is a writer based in Brooklyn. They have written about social justice and the arts for the Texas Observer, Texas Monthly, and elsewhere. Find more of their work at nicyeager.com.