How to support Black leadership in the HIV movement
By Charles Stephens May 6, 2022

When I founded the Counter Narrative Project (CNP) nearly eight years ago, there was so much I did not understand about navigating whiteness as a Black executive director of an organization situated within the HIV movement. Certainly, I had experienced racism in my daily life, both structural and at times interpersonally. But through the process of founding and leading an organization, navigating racism felt far more public and more visible. I believed at the time that how I responded would be judged on a different scale, a larger scale, by friends and adversaries alike, than the times I’ve had to grapple with racism before. I felt really exposed and vulnerable. My experience as a Black leader has at times felt like an improvisational performance. To sustain my work, and maintain my emotional wellness, I sought to create theories and models of leadership. This has led me to reflect on the many lessons I’ve learned and am still learning. Lessons that I would like to share in hopes that others will share with me.

Being afraid is all right, it eventually passes

It may be scary taking on powerful institutions even in the name of a righteous cause. Whether you are meeting with key individuals, issuing a public statement, collecting signatures for a sign-on letter demanding change, or organizing a full-scale protest, the necessary and critical work of challenging racism can be utterly terrifying at first. But I can honestly say looking back, that every time I challenged racism, whether I’m addressing singular individuals or multi-million-dollar organizations, I’ve never regretted it. My regrets, if I have any, are the battles I chose not to take.

I’m not sure if it’s the lure of power or the unchecked and unrecognized internalized racism that so many of us carry into our movement work, but one of the most effective ways that white supremacy works against us is when we, as Black leaders, are weaponized against each other. Let us not forget the legacy of COINTELPRO, birthed by the FBI, which would surveil and infiltrate groups, such as the Black Panther Party, cooking up conflicts and creating dissension for the sole purpose of destroying the organizations and the leaders involved. In 2022, perhaps we may not have FBI informants whispering into our ear, but there may be forces, folks clearly seeing the power we hold, and are threatened by it. We may need to bring discussions such as this more fully into the HIV movement space. The palace intrigue, rampant in many bureaucracies, including HIV organizations, might lead one to believe that success and treachery are one and the same. We must be on guard against the temptation to harm each other for our personal gain, and the external forces cheering us on to do that. That is not to say we can’t hold each other accountable, but accountability must not be confused with sabotage at the behest of white patrons.

If there is ever a white supremacist trap that well-meaning, anti-racist white allies fall into, it’s the lure of being the great white gatekeeper. No matter what good you hope to do in that role, gatekeeping, even among the most well-intentioned white folks, are the tracks that white supremacy runs on. When anti-racist white allies are approached by other white people in the media or funders or elected officials, to help them find Black people for splashy news features or grant opportunities or policy formulation, they have to be courageous enough to resist that role, with few exceptions. You should be very careful about putting yourself in situations where you alone can wield the power, unchecked, to determine the destiny of Black leadership.

There are those who might suggest that struggle is universal for all leaders. But there are vulnerabilities for marginalized communities that make the texture and consequences of those challenges different. To respond to those challenges two things that we should consider advancing are:

My hope is that Black leaders and other leaders of color are willing to share our lessons learned with each other, not just to provide advice and guidance, but to share experiences so that we know that we are not alone. This will not solve racism, but not feeling alone gives us the strength and the fuel to fight another day. 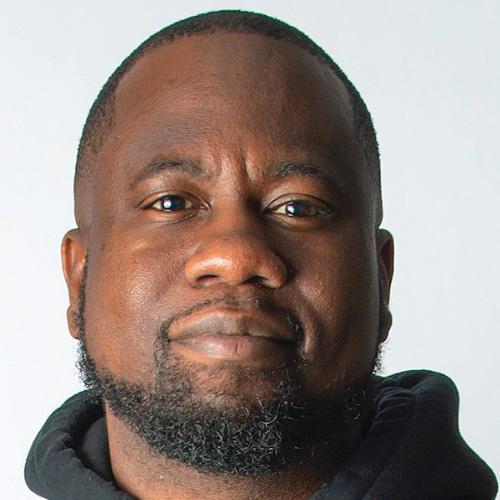 Charles Stephens (he, him) is the founder and executive director of the Counter Narrative Project (CNP). His writings have appeared in The Atlanta Journal-Constitution, Atlanta magazine, The Advocate, POSITIVELY AWARE, and Georgia Voice.