News from the AASLD Liver Meeting 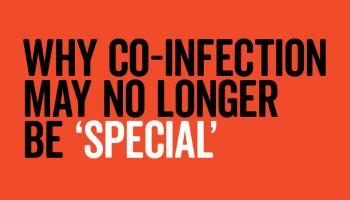 This year’s AASLD Liver Meeting featured several presentations on promising advances in treatment for hepatitis C, including for HIV-positive people with hepatitis C virus (HCV) co-infection. But sexual transmission of HCV and re-infection after being cured remain a concern. 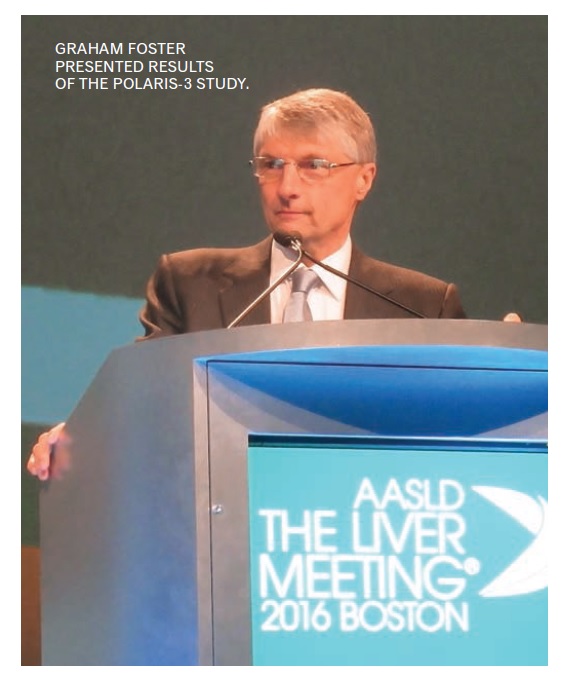 Direct-acting antiviral therapy has made hepatitis C treatment shorter, better tolerated, and much more effective than the old interferon-based therapy.

Interferon did not work as well for HIV-positive people as it did for HIV-negative people with hepatitis C, but fortunately this is no longer the case with direct-acting antivirals. Most clinical trials have shown that people with HIV respond just as well to these new drugs—so much so that experts no longer consider co-infected people a “special population.”

But it is important to confirm these findings in real life, since participants in formal clinical trials are carefully selected and may receive more intensive monitoring and support.

Susanna Naggie, MD, from Duke University and colleagues compared the effectiveness of Harvoni (sofosbuvir/ledipasvir) for HIV/HCV co-infected people in clinical trials and in real-world medical practice.

The comparison included three clinical trials with a combined total of about 440 participants and four real-world cohorts with about 730 people, all with HCV genotype 1—the most common type in the U.S. A majority had not been previously treated for hepatitis C and did not have liver cirrhosis. They took Harvoni for 12 or 24 weeks. Pooling the results, the overall cure rates were 97% in the clinical trials and 94% in the real-world groups.

Juan Gonzalez-García, MD, reported findings from another study, from Spain, which found that more than 90% of HIV-positive people—including many with liver cirrhosis—were cured with direct-acting antivirals in clinics and hospitals in Madrid. Few people stopped treatment early due to side effects.

Together, these studies show that real-life treatment for HIV/HCV co-infected people can match the very good outcomes seen in clinical trials.

These studies showed that the combination taken for eight weeks cured 95% of previously untreated people with all HCV genotypes, while a 12-week regimen cured up to 97% of people who experienced prior treatment failure with older direct-acting antivirals.

AbbVie is testing a dual combination of glecaprevir (an HCV protease inhibitor) and pibrentasvir (an NS5A inhibitor), both of which are pangenotypic. This combination taken for eight or 12 weeks cured at least 98% of people with HCV genotypes 1, 2, 4, 5, or 6. It even cured almost everyone in the hardest-to-treat group, those with genotype 3, previous treatment experience, and advanced liver disease.

Finally, Merck is evaluating a three-drug combination pill containing grazoprevir (a protease inhibitor), ruzasvir (an HS5A inhibitor), and MK-3682 (a polymerase inhibitor). This regimen taken for 12 weeks cured 97% to 100% of people with genotypes 1, 2, or 3. This combination was also highly effective as re-treatment for people who relapsed on earlier direct-acting antivirals.

These new drug studies did not include many HIV/HCV co-infected participants, but prior experience with direct-acting antivirals suggests that co-infected people are likely to respond as well as those with HCV alone.

Starting in the early 2000s researchers in the U.K. and elsewhere in Europe began reporting clusters of apparently sexually transmitted acute HCV infection among HIV-positive gay and bisexual men in large cities; similar outbreaks followed in cities in the U.S. and Australia.

Antoine Chaillon, MD, and colleagues from the University of California at San Diego looked at new HCV infections among gay and bi men in San Diego. To date, most studies of HCV sexual transmission in the U.S. have come from New York City and San Francisco.

New HCV infections were identified an average of 11 years after HIV diagnosis and nearly four years after the first negative HCV test. Newly infected men were more than twice as likely as uninfected men to have injected drugs (18% vs 7%)—but still most said they had never done so. However, the newly infected men were also significantly more likely than uninfected men to report methamphetamine use (82% vs 58%). HCV infections occurring among gay men who do not inject drugs adds to the evidence for sexual transmission.

“These findings suggest that HCV incidence is increasing among HIV-positive [men who have sex with men] in San Diego,” the researchers concluded. “These rates are similar to London and other major European cities.”

About a quarter of people get rid of HCV naturally and many more can be cured with treatment. But unlike some diseases, having been infected with HCV in the past does not provide immunity that protects against future infections.

Forty-three men received hepatitis C treatment and were cured; 29 of them remained in care and were periodically re-tested for HCV re-infection. Three of the men treated successfully became re-infected, for a rate of 2.89 per 100 person-years. Two reported sharing drug injection equipment, but the third did not report any history of drug use and was assumed to have been re-infected through sex.

Due to a growing awareness of sexual transmission of HCV, gay men are more likely to be tested soon enough to catch it during the acute phase of infection, when it is easier to cure. Many pre-exposure prophylaxis programs, for example, test men on PrEP at least annually and some do so more often.

This pilot study enrolled 20 participants with new HCV infection within the past six months. All had HCV genotype 1 and none were HIV-positive. Some had very high ALT liver enzyme levels and jaundice (yellowing of the skin and eyes due to high bilirubin).

The effectiveness of this regimen for acute hepatitis C needs to be confirmed for other HCV genotypes and for HIV/HCV co-infected people, who make up a substantial proportion of people diagnosed during acute HCV infection.

Earlier this year researchers reported that in another small study the same six-week Harvoni regimen cured all co-infected people with low baseline HCV viral load, but there were some relapses among people with high viral levels, suggesting that some HIV-positive people with acute hepatitis C might benefit from longer treatment.

During the interferon era, when treatment was poorly tolerated, many patients and providers preferred to wait and see if natural HCV clearance would occur. But with direct-acting antivirals, there may be little reason to wait other than the cost of the drugs.

The HepNet researchers encouraged prompt treatment of acute HCV—rather than waiting for possible spontaneous clearance—because it rapidly improves acute hepatitis symptoms, prevents onward transmission of HCV, and could even be cost-saving when compared to longer treatment during chronic infection.

Liz Highleyman (liz@black-rose.com) is a freelance medical writer based in San Francisco and editor of HIVandHepatitis.com.