A Second Case of Infection

An interview with Dr. Howard Grossman 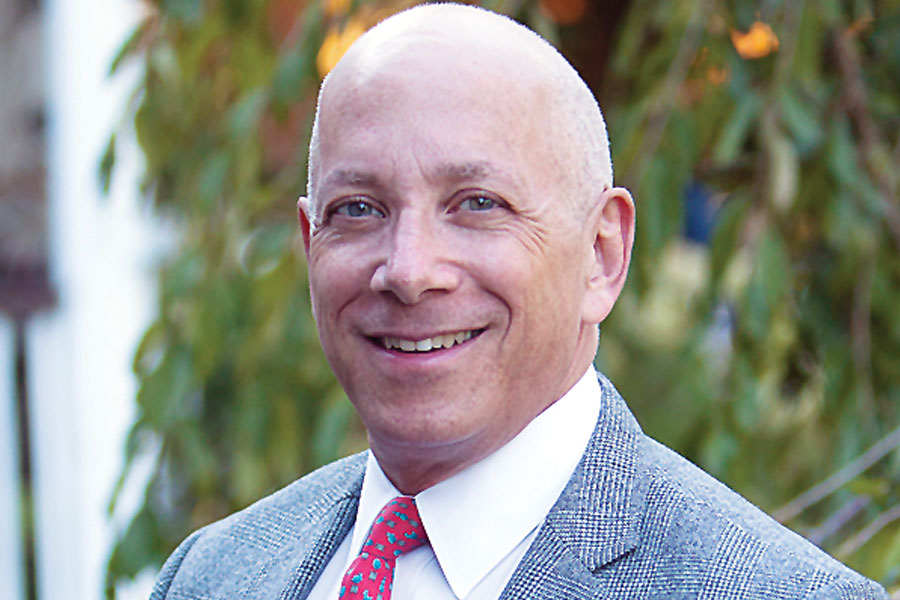 Following reports of another patient acquiring HIV while on PrEP, Damon L. Jacobs talks with Dr. Howard Grossman, a leading HIV specialist, for answers and why he believes ‘the pill is still the most effective tool for HIV prevention’

On October 18 at the 2016 HIV Research for Prevention (HIVR4P) conference in Chicago, longtime HIV clinician and primary care provider Howard Grossman, MD, shared data on a patient who acquired HIV despite having a lab test indicating consistent use of Truvada (tenofovir/FTC) as pre-exposure prophylaxis (PrEP).

PrEP use has increased rapidly in the past year in the United States. During a period in which Grossman estimates around 100,000 people worldwide have been on PrEP, this is only the second reported case of apparent HIV acquisition by a person adherent to PrEP. The first report was released in February at CROI 2016.

Grossman, who has written of his own decision to take PrEP, spoke with Damon L. Jacobs, an HIV prevention expert for TheBody.com, to explain the specifics of this case. He says that, with just two cases to date of documented HIV acquisition from PrEP-adherent people, PrEP remains the most effective HIV prevention technology available.

(Jacobs also spoke with Dr. Bob Grant, lead investigator for the iPrex study, the first clinical trial that first conclusively demonstrated the power of PrEP for HIV prevention, to learn more about how to discuss this new case.)

Damon L. Jacobs: What happened in this case?

A man on PrEP since December 2015 came in for his routine follow-up and had a positive fourth generation HIV test. His partner is male and HIV-positive but undetectable since soon after seroconversion in 2012. The patient had condomless insertive sex with this partner, but used a condom when receptive. On further questioning, they added that they’d played with two other people. Both times the person on PrEP who acquired HIV was on top.

Only one part of the HIV test was positive—the HIV qualitative test, which is a nucleic acid amplification test. [In other parts of that test and other tests], there were no signs of antigen or antibody and no viral load.

IF ONE IS HAVING CONDOMLESS SEX with a known partner who does not have undetectable HIV viral load, then the risk can be substantially reduced [with PrEP]. With unknown partners of unknown HIV status who might not be well controlled and might have a resistant virus—that's the risk.

This is the second time we’ve learned of an HIV infection while someone adhered to PrEP. Does this mean that PrEP doesn’t work as well as we thought?

Two cases out of perhaps 100,000 people is a very low failure rate. PrEP is still the most effective tool for HIV prevention we have ever had. Every scientific paper on PrEP has shown it to be less than 100% effective. Even in the Partners PrEP study, where no one got infected over the course of the study, mathematical modeling predicted up to a 4% infection rate if patients were followed for 10 years. Scientists have consistently held that PrEP is not 100% effective. It is people in the community who have put out the message that it is foolproof.

Why didn’t PrEP prevent HIV infection in this person?

He was infected with a multi-drug resistant virus. It has resistance mutations for most of the nucleosides and some NNRTIs [non-nucleoside reverse transcriptase inhibitors]. There is no reason PrEP would work in the face of HIV that is resistant in this way.

How do you know this person was adherent to Truvada?

We got blood spot analysis and did hair analysis, much as they did for the iPrex trial. Both confirmed good levels that indicate long-term adherence. Neither test is commercially available.

We’ve always believed that being the insertive partner (or “top”) put someone at less risk of acquiring HIV. Has that changed?

Well, this is the first documented case. There is no reason to doubt the patient or his partner. They have been very forthcoming. Just as there is a myth that tops can’t get HIV, it would appear that those who say it is impossible for a top on PrEP to get infected are wrong. Still it is obviously a rare event to date. Nothing is ever impossible in medicine.

Does this change what we know about an undetectable HIV-positive partner being non-infectious?

Absolutely not. That would have been our fear if the virus appeared to come from his partner but we know it did not. So being HIV positive and undetectable continues to be an incredibly important prevention tool.

Now that this person has HIV, will HIV treatment work for him?

He has never had a viral load and is still HIV antibody negative. He remained on Truvada while we were trying to figure out what was going on, and once it became clearer that he was probably infected, we intensified with dolutegravir [Tivicay]. Then we got the results of resistance analysis done on proviral DNA (again a research test), showing resistance to all the nucleoside analogue drugs. So, we intensified again with Prezcobix, cobicistat-boosted darunavir. He is still undetectable. We kept the Truvada in his regimen as it has been shown that, even in the face of resistance, patients may do better with drugs containing nucleoside analogues in the mix.

Are there ways for people with HIV to find out if PrEP would not work for their partners, due to the possibility that they may have this type of resistant virus?

These are the key questions. If a partner is HIV positive who is not undetectable as there is negligible risk of HIV transmission when a person has undetectable HIV viral load, he or she can get resistance testing to determine what, if any, mutations exist. If that person’s virus shows resistance to tenofovir and emtricitabine, the components of Truvada, then PrEP will not work to protect their negative partner. Again, for a known partner, it is more likely that this information exists.

If one is having condomless sex with a known partner who does not have undetectable HIV viral load, then the risk can be substantially reduced. With unknown partners of unknown HIV status who might not be well controlled and might have a resistant virus—there’s the risk.

What other issues does this case bring up for you?

The other key issue this case raises is that our current testing algorithm for HIV may not be appropriate for those on PrEP. In this case, we would never have been able to assess the patient the way we did, determine his adherence, determine that his virus was genetically different from his partner’s, or determine what resistance mutations existed without the intervention of folks in labs at Rockefeller, University of California San Francisco, the National Institutes of Health, and in Colorado. Most clinicians are not going to have those resources.

We only got the Western blot information because Marty Markowitz’s lab at Rockefeller could run it. Commercial labs no longer do that test. We need to rethink whether a Western blot test could be helpful and should be put back into the commercial mix. It also raises the question of how we decide what to treat these people with, since the kind of resistance testing we got from Markowitz’s lab [that identified additional mutations] is not readily available to clinicians.

Based on the new evidence in this case, will this significantly change the way you teach or talk to your patients about PrEP?

I have always said that I think there is an increased risk once the sex is with an unknown partner. There is absolutely no reason why PrEP will protect against a virus already resistant to these drugs, so having sex with people who could potentially be infected with a resistant virus and not know it—or who may be non-adherent with medication and have high viral levels—carries a risk. Sex with a known partner, either HIV-positive or -negative, carries far less risk to my way of thinking.

That said, obviously the odds are still good for most people.

Damon L. Jacobs is a licensed marriage and family therapist; he is also the founder of the “PrEPFacts: Rethinking HIV Prevention and Sex” page on Facebook. This article was reprinted with permission from TheBody.com.