Aging, and Thriving, with HIV 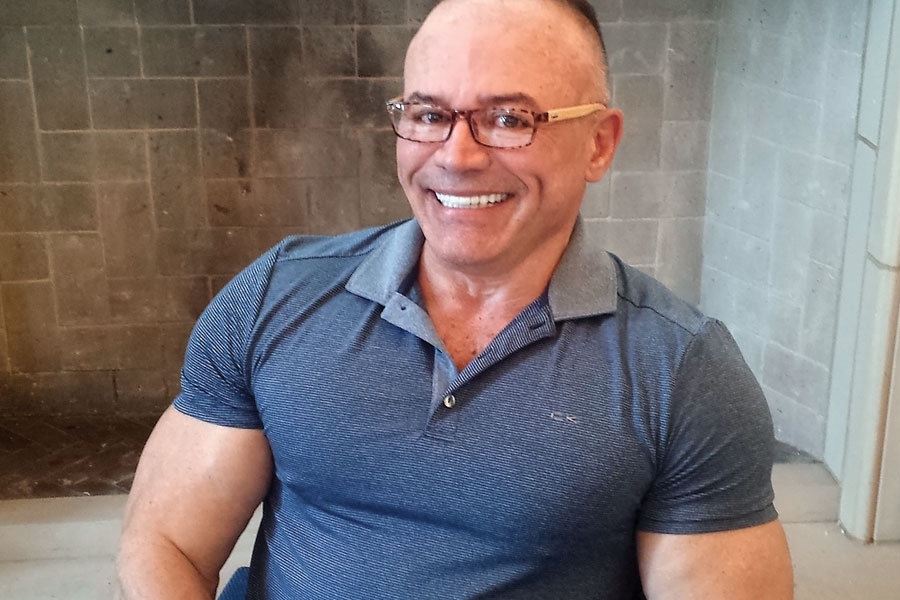 Older. Wiser. Stronger. This was the theme of an educational and community-building event, “Living Well as You Age with HIV,” held in October by TPAN, the HIV service organization that publishes Positively Aware. TPAN was built on the self-help model of support groups, providing information and having people living with HIV share their experiences with one another. Houston activist Nelson Vergel delivered the program’s keynote address.

Of special interest in this era of powerful HIV medications that bring with them longer life are the long-term survivors who were here at a time when medications were often ineffective and toxic. It’s long been expected that by 2015, more than half of people living with HIV would be over the age of 50. Now that figure is expected to reach 70% by 2020.

Although many of those over 50 have not been living with HIV for a long time, others have been positive for decades. They live with scars from the early days of the epidemic. Some long-term survivors are HIV-negative, who experienced the death of friends, family, lovers, and patients. Some are young, having been born with HIV or infected through tainted blood products as children and lived all their lives with the virus.

“There have been a number of different definitions for long-term survivors over the years,” Positively Aware editor and TPAN Director of Publications Jeff Berry said during his talk. Jeff has been leading TPAN’s national efforts to address the needs of long-term survivors since helping to create The Reunion Project two years ago.

If you have lived to your 50s with HIV, you have skills... and you have resilience.

In the mid-1980s, long-term survivors were those who survived three years post-diagnosis, when median survival was 18–20 months. In the ’90s it was sometimes used to refer to long-term non-progressors. For the purposes of Jeff’s presentation, the definition he used was those individuals who were diagnosed with HIV before 1996 and the dawn of protease inhibitors.

By definition, he said, many in this group of people living with HIV experienced multiple losses of friends along with repeated trauma.

“There are also those who went through the dark days of the epidemic and suffered great loss, but didn’t seroconvert until after 1996, sometimes many years later,” said Jeff. “HIV-negative people are also survivors in their own right, and we need to remember that doctors are survivors too.”

There are people who don’t like the word “survivor,” said Jeff, “which I understand.” He said some prefer the word “thriver.”

There are many groups with a variety of needs and issues. Some, like himself, have never received an AIDS diagnosis. Some are still young. And so on.

Then too there will be a new wave of long-term survivors who did not experience the early traumas and difficult medications, but will share many of the same issues around aging with HIV, he said.

In 2014, in response to a PA survey, one reader wrote, “I’ve already had both hips replaced, at age 52, from Crixivan and have kidney failure from Truvada … what next?”

Continuing side effects include metabolic syndrome and disfiguring fat redistribution, peripheral neuropathy, chronic kidney disease, osteopenia and osteoporosis, and multi-drug resistance resulting from sequential monotherapy—when there was only one drug to take at
a time.

While these are concerns that need to be understood and addressed, Jeff pointed to the concept of resiliency, of strength in the face of adversity. There’s emotional self-empowerment to be found in it.

One of the biggest issues is societal: stigma, affecting everyone living with HIV, even if newly infected. HIV stigma has been shown to keep people from learning their positive status and from seeking treatment and staying in care.

The physical side effects experienced by many long-term survivors also fuel the stigma they face.

“They’re also getting older, so there’s the stigma of aging and, for many, of being gay,” said Jeff.

He pointed to recent documentaries addressing the early years of the epidemic and looking at long-term survivors—How to Survive a Plague, Desert Migration, Last Men Standing. He thinks enough time has passed and enough good has come about that we as a society can revisit those difficult times and deal with the harsh realities many survivors face. Even a few years ago, these films would have been too painful, he said.

Participants in The Reunion Project (TRP), which organizes day-long summits around the country to bring together long-term survivors of HIV, discuss needs, and look at resources and how to find support. The Reunion Project is supported by Bristol-Myers Squibb. The next summit will be held in Fort Lauderdale on January 28. Another is planned for Atlanta later this spring. “The idea is to create an ongoing support network,” Jeff said.

Jeff also highly recommended the HIV Long-Term Survivors group on Facebook, a source of support and information, as well as other closed groups like The Reunion Project and the 55-Plus HIV Support Network.

“I truly believe that we can overcome a lot of these challenges if we try to understand them and take them into consideration when planning services and designing studies,” Jeff said. “I think that any work being done in the area of HIV and aging needs to take a holistic approach and take into account the psychosocial and other issues facing long-term survivors. We need to identify successful models of resiliency, and begin to think about resiliency as a teachable skill.”

Jeff being Jeff (one veteran activist described him as “all Zen”), he concluded his talk with a slide containing a smiling image of and quote from David Bowie, which said, “Aging is an extraordinary process whereby you become the person that you always should have been.” He said he included it because, “A), I love David Bowie, and B), I think we sometimes forget about the positive aspects of aging. This topic can be a real downer, and so I think it’s good to try to remember to strike a balance, just as in real life.”

Although established for training health care providers, the new HIV and Aging Toolkit from SAMHSA (Substance Abuse and Mental Health Services Administration) is also helpful for those living with the virus. Go to hivmentalhealth.edc.org/toolkits/hiv-and-aging-toolkit.

Twenty years ago, activist Nelson Vergel was dying with AIDS. He had lost a great amount of his weight and strength. But the former chemical engineer fought his way back to health after becoming aware of the life-giving benefits of weight-training and hormonal therapy. He made it his mission in life to pass it on, to help others struggling for life and health.

“I became obsessed with hormones in ’92 because I was wasting and most of my friends were dying,” Nelson said during his keynote speech, “but I saw the bodybuilders living and doing well.”

He became an expert on the use of testosterone and other methods for regaining strength and wellness for people living with HIV. As might be expected for an engineer, his vast knowledge was technical and complicated. He wrote two books and established the websites ExcelMale.com and powerusa.com (Program for Wellness Restoration).

He was good, however, at making it all relatively simple for the average Joe and Jill. He was also good at helping people find the resources to enable them to live more healthy lives. More recently, he started the business DiscountedLabs.com to help people obtain the hormonal treatments they need by offering discounted lab tests.

Along with these more complementary approaches, Nelson strongly believes in antiviral therapy. While medications also helped him survive, as a long-term survivor he saw them begin to lose their effectiveness. It was then that he became a leader in the struggle for salvage therapy, new and improved medications, and other therapies for those whose virus has developed resistance to HIV drugs. He built the PozHealth Facebook group for conversations about what works and what doesn’t work, and also answers questions at TheBody.com.

Over time, however, Nelson grew more disillusioned with the depressing news from the world of medical research. Having survived into his 50s, he found it difficult to hear nothing but bad news about premature aging associated with HIV, heart disease and dementia at an earlier age, and other conditions. As always, he wanted solutions.

“I won’t read about aging with HIV anymore,” he said. And his slides showed it.

He started out with a more emotional slide, his Seven Cardinal Rules in Life:

They are hard-won lessons that helped him overcome the trauma of long-term survival with HIV since the early dark days.

“I experienced trauma with the death of 50 friends,” said Nelson. “I dealt with it by not feeling it.” There’s also, he said, “the grief of our loss in our own health.” For him that included a bout with cancer two years ago.

“Have compassion for yourself. If you have lived to your 50s with HIV, you have skills . . . and you have resilience. Not only have you taken your medications, but you’ve developed wisdom,” Nelson told the audience.

Mindfulness, the practice of keeping your attention in the present, is a skill he learned that helps him to cope with anxiety.

Pushing back against stigma is another important skill, he said. “I think we are all anti-stigma activists. Every time we come out, we decrease stigma.”

Nelson said he is known as the Cookie Man at his doctor’s office, because he brings cookies for the staff when he’s there. It’s just another way to get to know his clinic staff better and encourage a better working partnership with them.

Go to positivelyaware.com for more from Living Well as You Age with HIV: A panel discussion by social workers Hugh Cole and Tom Hunter and activist Rae Lewis-Thornton; and audience comments on long-term survival with HIV, including Social Security information.