Mark Holmes: “I wanted to show folks, particularly other HIV-positive guys, that there are no limits to the life you can live while positive.”

A Day with HIV participants open up about stigma

Stigma is as much a part of HIV as ever. That’s the point made by A Day with HIV, POSITIVE AWARE’s anti-stigma campaign. Launched in 2010, A Day with HIV is a single 24-hour period in September during which everyone, regardless of HIV status, is encouraged to capture a moment of their day with a picture and caption. The images and stories are shared on social media, using the hashtag #adaywithhiv, and featured on the campaign’s online gallery at adaywithhiv.com.

This past September 22, nearly 200 photos were submitted from participants in 11 countries on four continents. The various images told one common story, however—living with HIV often means having to confront stigma and ignorance. Following is a look at three long-term survivors who shared their story.

Mark Holmes, who is 63, and shared a photo of him mid-fall while skydiving (after learning how to last year and now having done so more than 120 times), wanted to inspire younger HIV-positive gay men with his submission. “I wanted to show folks, particularly other HIV-positive guys, that there are no limits to the life you can live while positive,” he said. “I also wanted to show that age isn’t a barrier either, to those who want to live their dreams. I’m 63 and wanted to show both my peers and younger positive guys that being HIV-positive is certainly not a death sentence, and when managed well, can actually make your life better, and that HIV doesn’t hold you back from doing anything that anyone else can do.” 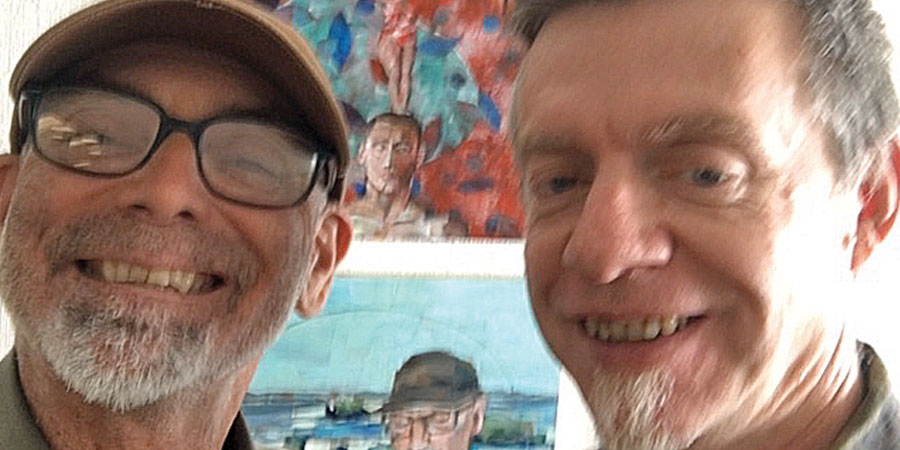 Holmes hasn’t had any recent encounters with stigma, but explained that’s mostly because he faces disclosure head-on when starting a new relationship and is very open about his status. “I’ve experienced some stigma from others early on, particularly after 1991, when my physical appearance changed,” he said. “I remember being at a family dinner for my parents’ 60th wedding anniversary when a man at another table began pointing me out to his friends with disdain and laughter. My brother and father heard it and got into a fist fight with them after I boldly announced, ‘I’ve got AIDS and my family doesn’t appreciate your comments,’ which put an end to that.” Holmes says that he never really paid much attention to HIV stigma because “it was just a disease and their reactions were due to ignorance.”

Since then, Holmes has used rejection in his personal life as a teaching moment. “I never felt offended when someone didn’t want to sleep with me due to my HIV, and would let them know about my undetectable status and what that means—and how I’m probably one of the safest people they could play with.” Holmes is referring to instances in which others might lie or not know their status; the Swiss cohort study has shown that people living with HIV who are undetectable virtually cannot transmit the virus.

David Spiher, who has been HIV-positive since December 1985 and has had AIDS since 1989, shared a photo of himself and his husband Ralph Thurlow, who has had AIDS for 15 years and has had an HIV/AIDS dementia diagnosis for three years, insisted that there was no inspiration behind his photo submission. “It’s how we are living today, it is what it is,” he said. In the photo’s caption, Spiher says, “Ralph’s home healthcare worker wasn’t able to show up or call in time to arrange other plans, so Ralph is at my office as I do my development job.” It was a snapshot of their hurdle that day, and how they just dealt with the realities of life. 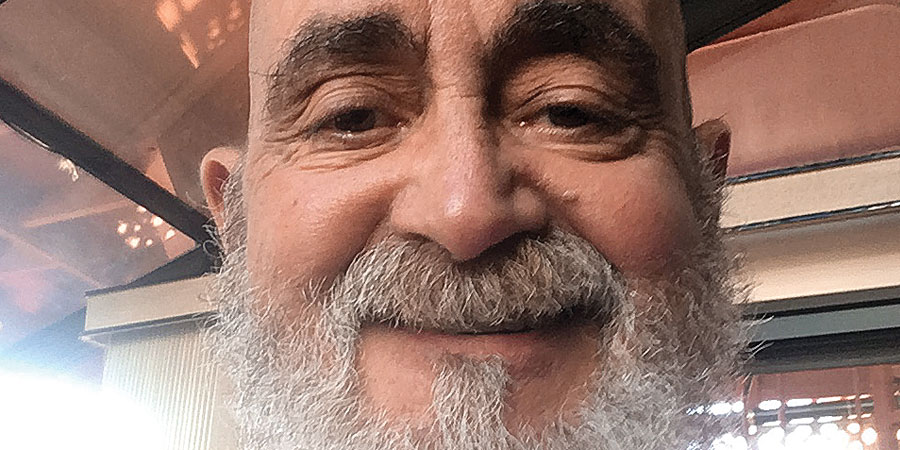 Hank Trout: “Having lived with HIV since before my diagnosis in 1989, I’ve learned that the only way to combat the stigma that attaches to being HIV-positive is to normalize being positive…”

“I’m now out as having HIV and came out in a very public way when I was featured in [the] documentary [Last Men Standing] by the San Francisco Chronicle,” he said. “Stigma comes from a fear of the unknown. Is this news? We have known this since the beginning of the epidemic…people living with HIV don’t feel safe enough to be visible and that invisibility means our communities don’t ‘know’ us. Being out about your ‘status’ means you just might end up broke, and alone, with a lot of health problems as you age—this is especially true if you live outside of large cities.”

Spiher also voiced concern about support centers and networks in cities. “We don’t even run them, services are provided for us.” After November’s election results, Spiher is also concerned about future health coverage. “With the repeal of Obamacare/Ryan White looming, I actually am rethinking my own decision to come out publicly as having HIV—it may mean that my husband or I may not be able to get the health coverage we need in the near future.”

Hank Trout, a 27-year long-term survivor and HIV columnist submitted a smiling photo of himself this year. “When I first heard about the A Day with HIV project, I jumped at the chance to participate,” he said. “Having lived with HIV since before my diagnosis in 1989, I’ve learned that the only way to combat the stigma that attaches to being HIV-positive is to normalize being positive—to say, this is what a 63-year-old HIV-positive man looks like; I’m not scary, I’m not to be feared, I’m no threat to you—I am a healthy, life-loving, active member of my community with much to offer.”

Trout has been in a monogamous relationship with his fiancé for 15 years, but understands the kinds of stigma he knows others have experienced on dating apps and in person from other gay men. “Before this relationship began, when I was still cruising, I frequently found myself not only rejected but vilified by HIV-negative men, online and in person, and not only by potential sex partners. For instance, I used to wrestle quite a lot, and I’ve known potential opponents, other gay men, who refused to wrestle me because of my status, assuming, I guess, that any contact with me would infect them.”

When it came to the root of stigma with the gay community, Trout agreed with the other men that it stemmed from ignorance and fear. “Our community is certainly not immune to that ignorance and fear. We’ve done a decent job of teaching HIV-positive men how to live with the virus, but we’ve not done as well at teaching HIV-negative men how to live with HIV-positive men. To verify that, we need only look at the online personal ads that are still full of phrases like ‘I’m clean, U B 2,’ implying that anyone who is HIV-positive is ‘dirty,’ or ‘Drug-and-Disease-Free Only’—when AIDS first hit us in the 1980s, ‘DDF’ became the new ‘whites only’ in our personal ads. Fear and ignorance lead to prejudice of this sort,” he said.

Asked about his thoughts on what could be done to overcome this stigma within the gay community, Trout said, “Education! As a community, we need to redouble our efforts to educate our own. For instance, how many HIV-negative men understand that having a viral load that is ‘undetectable’ means that we HIV-positive folks cannot transmit the virus to anyone else? The only antidote to fear—and ignorance-based stigma—is education to erase that fear and ignorance.”

David Durán is a freelance journalist writing about LGBT, HIV, and travel news for such publications as The Advocate, Positively Aware, The Huffington Post, and Fodors Travel.

Photos and Captions submitted to A Day with HIV are on display at adaywithhiv.com. A traveling exhibit of images from PAs anti-stigma campaign is co-sponsored by the Centers for Disease Control and Prevention. For more information, email photo@adaywithhiv.com.