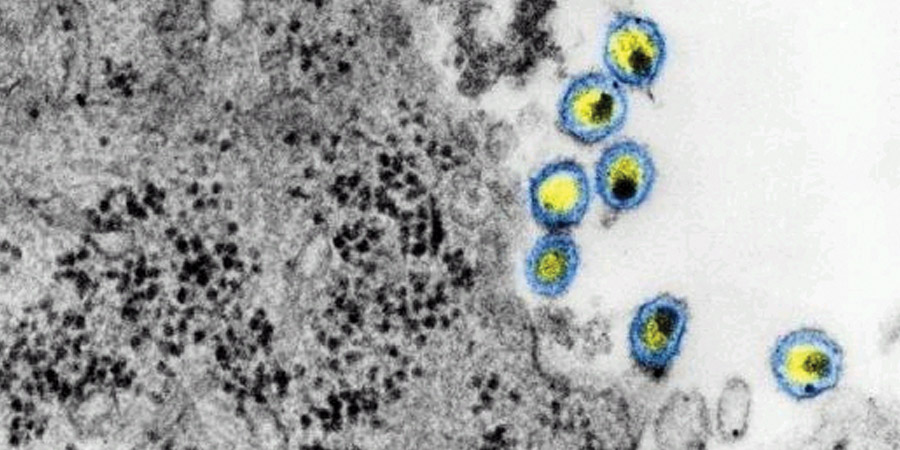 CROI 2017 offered a dizzying parade of new data. Webcasts of presentations and PDF files of posters were rapidly placed online and are accessible via the CROI website. The following is adapted from the full report available online at treatmentactiongroup.org.

A fillip for kick & kill

On the cure research front, the results that drew the most attention related to a small trial combining a latency-reversing agent (the HDAC inhibitor romidepsin) with therapeutic vaccination—a strategy commonly referred to as “kick & kill.”

Presented by Beatriz Mothe from IrsiCaixa in Barcelona, the crux was that five out of 13 recipients of the interventions have since interrupted ART and displayed control of viral load to low levels for several months (the longest a little over six months). None of the five have yet met the study criteria for restarting ART, which is a viral load over 2,000 copies/mL; the other eight participants quickly rebounded to levels above this cutoff and resumed ART.

The study represented a rollover from a prior trial that administered two therapeutic vaccines to 24 people who had started ART within three months of HIV infection. The vaccine vectors were based on a chimpanzee adenovirus (ChAdV63) and modified Vaccinia Ankara strain (MVA), both encoding antigens designed to focus T-cell responses on highly conserved parts of HIV, including elements from the Gag, Pol, Env, and Vif proteins. In a poster presented at last year’s CROI, Mothe reported that receipt of these vaccines shifted HIV-specific T-cell responses toward the intended conserved targets but did not have a measurable effect on the size of the HIV reservoir.

A total of 15 participants from this original trial then agreed to enroll in a follow-up study, which provided booster immunizations with the MVA vector before and after three infusions of romidepsin. Eight weeks after the final MVA dose, all participants interrupt ART, and so far 13 individuals have reached this stage and contributed data to Mothe’s report at CROI 2017.

Although the numbers are small and follow up still relatively short, Mothe noted that the frequency of viral load containment in the cohort (approximately 38%) is higher than has been observed in any studies involving early initiation of ART (where rates have varied from 0–15%). Ongoing analyses are exploring potential correlates of control, with Mothe suggesting there are hints of links between the induction of T-cell responses to the conserved HIV antigens, lower HIV DNA levels, and the achievement of post-ART viral load control.

The contribution of romidepsin is unclear due to the lack of any control group, but the drug did not have a measurable effect on the size of the HIV reservoir when levels before and after administration were compared. There was evidence of blips in HIV viral load after each romidepsin dose, consistent with a latency-reversing effect. Mothe pointed out that blips also occurred after the MVA immunizations in 60% of the participants, indicating that the vaccine may have activated latently infected CD4 T-cells specific for HIV antigens (a number of studies have reported that HIV-specific CD4 T-cells can contain a substantial proportion of the latent HIV reservoir).

Romidepsin infusions were associated with an array of side effects known to be caused by HDAC inhibitors—primarily grade 1 and grade 2 headaches, fatigue and nausea—and the drug also caused precipitous but transient declines in peripheral blood CD4 T-cell counts of around 300 cells. One participant developed the serious complication of sepsis after the final romidepsin dose.

Additional follow up will be required before the significance of the study can be fully assessed, but it represents the first time that any kick & kill strategy has been associated with an increased frequency viral load control after ART interruption. There is an important caveat that applies to all studies reporting maintenance of low viral load in the absence of ART: while most news coverage assumes that the health benefits of viral load suppression will be the same regardless of whether the suppression is being mediated by immune responses or ART, that assumption remains unproven.

Based on studies of elite controllers, it is possible that even low level viral load may be associated with a slight increase in the risk of morbidity and mortality compared to the stricter control of HIV replication imposed by ART. If post-ART control of viral load can eventually be induced in more significant numbers of people, there will be opportunity to more carefully investigate this issue by comparing clinical outcomes between post-ART controllers and study participants who restart or continue ART.

The question of whether low-level HIV replication persists despite ART has been a major issue of debate in the cure research field. The balance of evidence has favored the conclusion that ART typically completely prevents HIV from reproducing in adherent individuals, but some studies have challenged this view, including a paper published last year in Nature which argued that cryptic replication occurs in lymphoid tissues.

At CROI 2017, Mary Kearney from the National Cancer Institute addressed the question with an analysis of HIV evolution in ten children who started ART early (mostly within a few months of birth) and were followed for at least seven years.

Two of the children experienced some lapses in suppression of viral load and served as positive controls, while the remaining eight showed no evidence of any viral load blips during follow up.

Kearney found that the evolution of HIV genetic sequences was readily apparent in the two individuals whose viral load was not continually suppressed. In stark contrast, no evidence of HIV evolution was detectable in the other eight participants, supporting the idea that ART completely stymies viral replication. Kearney suggested that differences in the types of tools used to analyze HIV evolution may explain some of the conflicting results that have been reported, noting that the Bayesian approach employed in last year’s Nature paper may mistakenly suggest that the virus has been evolving because the timing of sample collections influences the outcome of the analysis.

Kearney’s results were buttressed by a poster presentation from Morgane Rolland of the U.S. Military HIV Research Program (US MHRP).

Rolland studied eight individuals who initiated ART at Feibig I, an extremely early stage of infection estimated to represent the period 10–17 days after HIV acquisition. After an average of around three years, ART was interrupted as part of a protocol assessing whether HIV remission might occur. All eight participants experienced a viral load rebound within a median of 26 days, and Rolland compared the re-emerging HIV genetic sequences with those sampled at the pre-ART baseline. These analyses, like Kearney’s, revealed no evidence of HIV evolution during ART.

Jintanat Ananworanich also described the results of this U.S. MHRP clinical trial in detail in a separate oral presentation.

Cellular and gene therapy in cancer and HIV

Carl June from the University of Pennsylvania gave a plenary talk on the dramatic advances that have occurred in the cancer field involving genetically modified T-cells.

These approaches typically extract T-cells from an individual, genetically modify them in the laboratory to target the desired antigen, then expand and reinfuse the cells, which are described as “chimeric antigen receptor” (CAR) T-cells. Impressive results have been obtained against a variety of cancers, although serious safety issues have also emerged in some cases due to the potential for excessively vigorous immune reactions to cause inflammation and pathology.

June highlighted that many different clinical trials of this type of approach are currently underway across the globe in cancer, but none are occurring in HIV. June advocated for the development of combination approaches that both engineer HIV resistance in CD4 T-cells (such as the Sangamo approach, which June has been involved in studying) and modify CD8 T-cell antigen receptors to better target HIV-infected cells for elimination.

He also stressed the need to foster engineering innovations to make this type of therapy cheaper, scalable, and globally accessible.

TO VIEW the entire report go to the TAG website or go to tagbasicscienceproject.typepad.com/tags_basic_science_vaccin/2017/03/capsules-from-croi-2017.html.