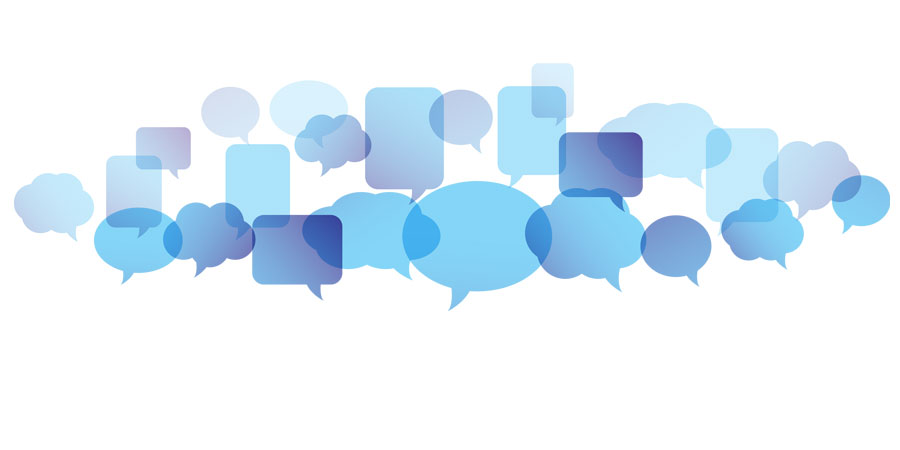 “I understand that we are adopting new vocabulary, that we are taking terminology and turning it upside down, but language is malleable,” says Alexandra Billings, transgender actress and co-star of the TV series Transparent in an interview. Here’s a primer on some of the changing language to describe gender, identity, and sexuality:

Biological Sex: Sex refers to our biological and physical anatomy. Biological sex is used to assign gender at birth. For most people, biological sex and gender are aligned. However, many variables can factor into one’s biological sex; for example, a person’s chromosomal or anatomical configurations. These and other factors can combine in such a way as to make biological sex much more complex than two distinct categories.

Cisgender (often abbreviated as cis): A term for people whose gender identity matches the sex that they were assigned at birth.

Gender Expression: In contrast to gender identity, gender expression is external and is based on individual and societal conceptions and expectations. It encompasses everything that communicates our gender to others: clothing, hairstyles, body language, mannerisms, how we speak, how we play, and our social interactions and roles. Most people have some blend of masculine and feminine qualities that comprise their gender expression, and this expression can also vary depending on the social context i.e., attire worn at work rather than play, hobbies or interests, etc.

Gender Variance/Gender Non-Conformity: Gender variance refers to behaviors and interests that fit outside of what we consider “normal” for a child or adult’s assigned biological sex. We think of these people as having interests that are more typical of the “opposite” sex; in children, for example, a girl who insists on having short hair and prefers to play football with the boys, or a boy who wears dresses and wishes to be a princess. These are considered gender-variant or gender non-conforming behaviors and interests. It should be noted that gender nonconformity is a term not typically applied to children who have only a brief, passing curiosity in trying out these behaviors or interests.

Transgender: This term refers to an individual whose gender identity does not match their assigned birth sex. For example, a transgender person may self-identify as a woman but was born biologically male. Being transgender does not imply any specific sexual orientation (attraction to people of a specific gender). Therefore, transgender people may additionally identify as straight, gay, lesbian, or bisexual. In its broadest sense, the term transgender can encompass anyone whose identity or behavior falls outside of stereotypical gender norms.

Gender Fluidity: Gender fluidity conveys a wider, more flexible range of gender expression, with interests and behaviors that may even change from day to day. Gender fluid people do not feel confined by restrictive boundaries of stereotypical expectations of women and men. For some people, gender fluidity extends beyond behavior and interests, and actually serves to specifically define their gender identity. In other words, a person may feel they are more female on some days and more male on others, or possibly feel that neither term describes them accurately. Their identity is seen as being gender fluid.

Genderqueer: This term is growing in usage, representing a blurring of the lines surrounding society’s rigid views of both gender identity and sexual orientation. Genderqueer people embrace a fluidity of gender expression that is not limiting. They may not identify as male or female, but as both, neither, or as a blend. Similarly, genderqueer is a more inclusive term with respect to sexual orientation. It does not limit a person to identifying strictly as heterosexual or homosexual. (Note: This term is not typically used in connection with gender identity in pre-adolescent children.) 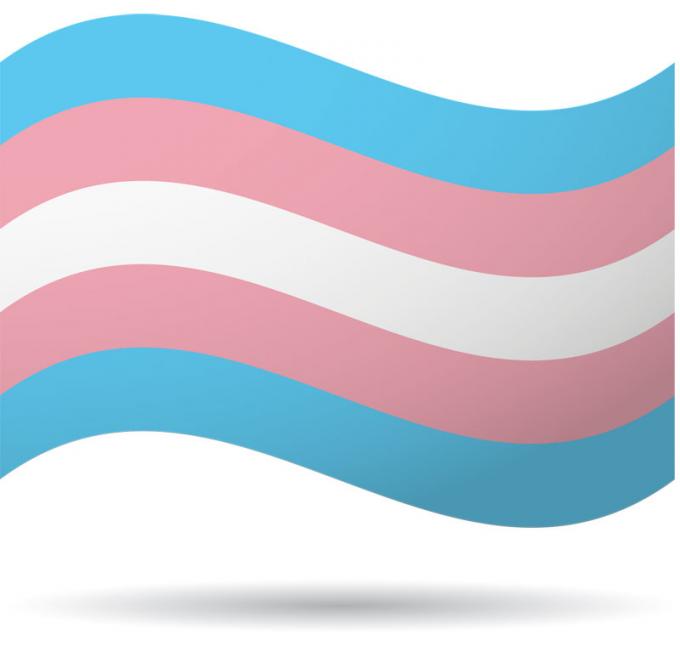 The Transgender Pride flag was created in 1999 by transwoman Monica Helms, and displayed the following year at a pride parade in Phoenix.

Describing her design, Helms said, “the stripes at the top and bottom are light blue, the traditional color for baby boys. The stripes next to them are pink, the traditional color for baby girls. The stripe in the middle is white, for those who are intersex, transitioning or consider themselves having a neutral or undefined gender. The pattern is such that no matter which way you fly it, it is always correct, signifying us finding correctness in our lives.

Although it’s the most commonly used flag, various transgender communities have come up with their own versions.