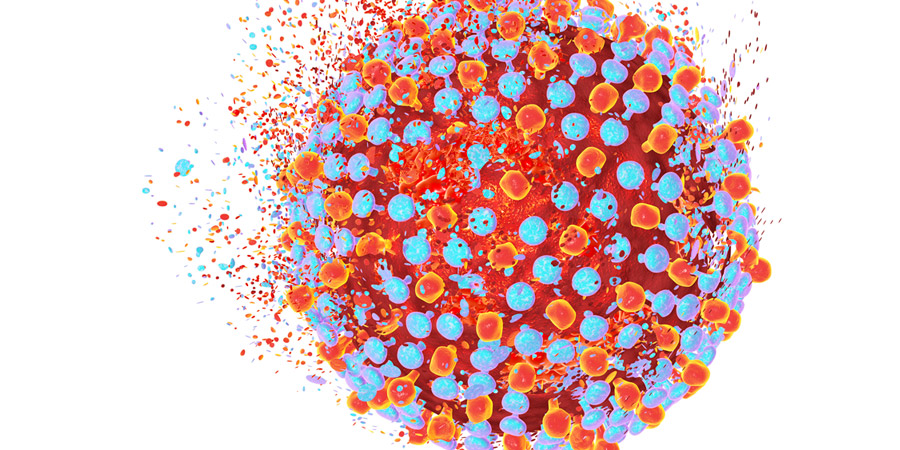 More than 4,000 doctors, clinical scientists, and advocates converged on Seattle on February 13–17 to attend the Conference on Retroviruses and Opportunistic Infections (CROI) and its affiliated meetings. CROI has become a highly anticipated conference for new research on hepatitis C (HCV), and this year was no exception with dozens of HCV-related abstracts for posters and oral presentations. This brief review will highlight a selection of key presentations on the prospects of eliminating HCV, with emphasis on HCV prevention and treatment.

John Ward, Director of Viral Hepatitis at the Centers for Disease Control and Prevention (CDC), delivered a presentation with the provocative title of “Hepatitis C Virus: Gone by 2030?” The World Health Organization (WHO) has called on all nations to initiate HCV elimination plans, and the United States has embarked on developing one. Elimination is a public health term that seeks to achieve a 65% reduction in HCV-related mortality (death) and a 90% reduction in HCV transmission.

With current HCV treatments, we can reduce HCV related deaths. Through employing and expanding harm reduction services (such as syringe access and clean injection equipment, opioid substitution therapy, and other drug treatment services, or even interventions that have yet to be employed in the U.S. such as safe injection facilities) we can reduce by over 70%. The more testing and more treatment that is done, the greater the impact on prevention.

It won’t be easy, and there are many barriers to overcome. But as Dr. Ward states in his abstract: “With strong societal commitment and support for implementing comprehensive HCV prevention, testing, care, and treatment, HCV can be eliminated as a public health threat in the U.S.”

Hepatitis C will never be eliminated if we don’t treat people who inject drugs (PWID).

A central tenet of harm reduction in the provision of services to PWID is to “meet them where they’re at,” that is, to provide services to people who use drugs in a way that is culturally competent as well as in a low-threshold environment that is both effective and accessible. “Low-threshold environments” are harm reduction programs offering services without making a lot of demands on clients, such as meeting a certain level of drug usage. Syringe access programs, or needle exchange sites, are one such area where PWID can be met where they’re at, and offered care and treatment. To that end, Benjamin Eckhardt and colleagues presented on a small pilot study looking at providing HCV treatment in PWID in a needle exchange program in New York City.

This study enrolled 45 people, with 34 who were able to have a prescription for HCV treatment submitted. Due to insurance restrictions, 26 of these people were approved, and 22 of them, or 85%, were cured. Although the numbers were relatively small, this study demonstrated that community-based HCV treatment at needle exchange sites can be done, and they will result in the cure of many PWID.

In addition to community settings, HCV treatment at community clinics will be an important site for any HCV elimination program. Sophy Wong and colleagues demonstrated the impact that primary care providers can have on HCV treatment in Federally Qualified Health Centers (FQHCs), achieving high cure rates in populations that are traditionally thought of as “hard-to-reach,” including those with substance use disorders, mental health conditions (depression, anxiety, psychotic or organic brain disorder), and other co-occurring medical problems.

Data were reviewed from 5 FQHCs from January 2015 to December 2016, and the researchers found that 190 of 199, or 96%, of those treated for HCV were cured (SVR12). The following chart displays the cure rates in patients with various behavioral health (BH) characteristics:

This study demonstrates that patients who have traditionally been left out of HCV treatment can be successfully cured.

Reinfection of HCV, particularly among at-risk groups such as sexually active HIV-positive MSM and PWID, has been reviewed in the medical literature, and the assumption is that the rates are high. These assumptions are often cited as a rationale to deny treatment to PWID: Why treat them with these expensive drugs if they are only going to get reinfected later?

Patrick Ingiliz and colleagues reviewed the medical charts of 1,483 participants in the German Hepatitis C Cohort (“GECCO”), a group of HCV-monoinfected and HIV/HCV infected patients from nine clinics across Germany. After removing individuals who did not get cured (N=66, or 3.6%), there were 1,417 individuals, of whom 24 (1.7%) were reinfected. Of these 24, 5 were PWID, 14 were HIV-positive MSM, and the remaining 5 were MSM who inject drugs.

While the overall rate of reinfection is low, this study shows that it can and does happen in individuals who engage in ongoing risk behaviors. HIV-positive MSM remain at greatest risk of reinfection, thus highlighting the importance of ongoing HCV screening and risk reduction counseling after the cure.

There are many benefits of HCV treatment and cure for the individual infected with the virus, including but not limited to improved liver functioning, reduced risk of death, and better quality of life. In addition to these benefits of cure, there is great potential to prevent new infections to others.

To that end, Anne Boerekamps and colleagues looked at the incidence of acute hep C (that is, new HCV infections) in HIV-positive MSM before and after the rollout of new direct acting antivirals (DAAs). In 2014, the year before DAAs were widely available to HIV-positive people, there were 93 acute HCV infections documented across 18 health centers spread across the Netherlands. By 2016, one year after the introduction of DAAs, there were only 49 acute HCV infections, which is a reduction by 52%.

This marks the first real-life data to show that treating and curing HCV can prevent new infections. Expanding treatment to at-risk populations is an essential element to any elimination plan we employ.

Screen for HCV before starting PrEP

Any effort at HCV elimination must include effective monitoring of potential new outbreaks and populations that could be impacted by infection. In general, HCV is not efficiently transmitted sexually in HIV-negative individuals. Since the year 2000, we have recognized that HCV can be sexually transmitted by HIV-positive MSM, but rates of infection among HIV-negative MSM have been low. Continued monitoring of HCV rates in HIV-negative MSM is important, and this includes those on PrEP.

The researchers were able to study the HCV strains in these MSM, and found that they were similar to the strains that were found in HIV-positive MSM in Amsterdam.

This year’s CROI has provided compelling evidence that dispels the myths that PWID cannot be successfully treated and cured of HCV, and has deepened our understanding of the sexual transmission of HCV. If we are to reach the goal of eliminating HCV by 2030, we must trust in the science and evidence of HCV prevention and treatment to end outbreaks in PWID and raise awareness of sexual transmission to avoid new, emerging outbreaks before they begin.