It’s been nine years since POSITIVELY AWARE’s first issue on transgender people and HIV, and a lot has changed during that time. The title of my Editor’s Note in the Positively Aware JUL+AUG 2008 issue, “A Decade Delayed,” sprang from my interview with researcher Walter Bockting, PhD, and was a reference to how far we lagged behind when it came to the research and data (10 years behind, in fact). In that interview Bockting used terms such as transsexual (which has since fallen out of favor) and bi-gender (which has now morphed into gender non-binary). What a difference a decade makes.

The title of this Editor’s Note comes from my profile of Sam Lenser in this issue, and a comment from Sam’s friend Lee Dewey about the need to broaden our thinking when addressing prevention and care in populations that are especially vulnerable to HIV, to include not only gay men and transwomen, but also transmen and gender non-binary individuals (trans people who do not identify as male or female, or identify as both). 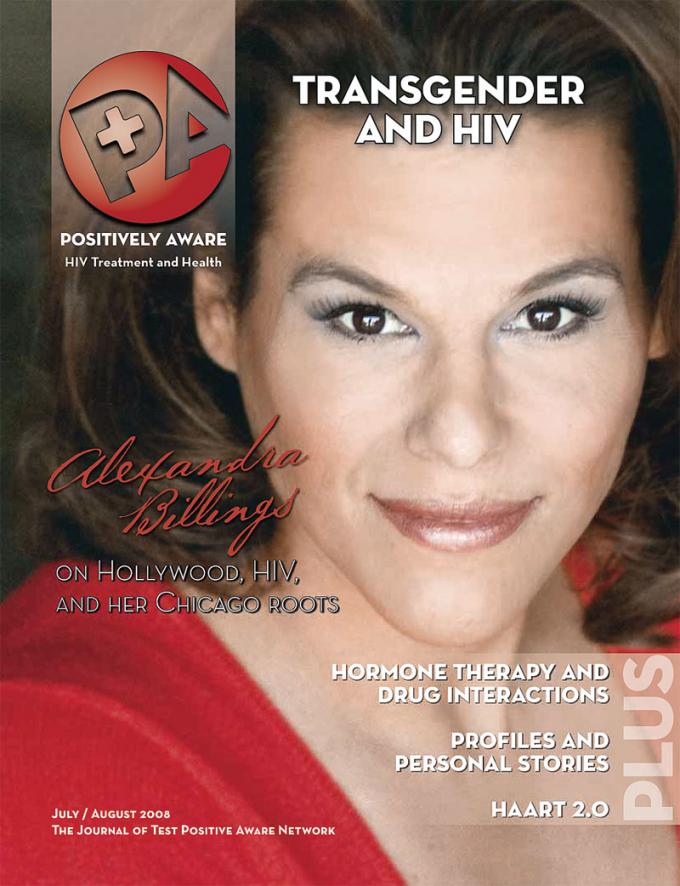 When I approached Asa Radix, MD (Director of Research and Education at Callen-Lourde Community Health Center in New York City), to be a part of this issue (see “PrEP and Transgender People”), Asa expressed to me how vitally important it is to include the voices of transgender people. In addition to the profile of Sam, we get to hear Sabel Samone-Loreca’s phenomenal story of resilience and perseverance, in the face of tragedy and despair; and you can read my second interview (almost a decade later!) with the extraordinary actress and advocate Alexandra Billings, whose character Davina in the award-winning hit TV show Transparent is HIV-positive. We discover why Davina’s character mirrors the real life Alex in many ways, and we also get a hint of what may be coming in season four.

Those who have been forgotten must stand up and be counted, and fight for the right to be recognized and seen. But there are also those who would choose to see us erased altogether, and we can’t allow that to happen.

For transmen there is little to no data, and indeed here we still are a decade delayed. We need to continue to advocate for more research and data on HIV in transmen and gender non-binary individuals, and push for more culturally competent education and training for providers to ensure that they are asking the right questions, so that they don’t assume someone’s behavior and vulnerability to HIV and other STIs by how they present themselves outwardly.

Stigma and discrimination continue to plague transgender people and are linked to other issues such as mental health, substance abuse, lack of housing, and survival sex, as you’ll read about in the article “How Stigma and Discrimination Hurt Transgender Health Care” by Enid Vázquez.

When I look back over the last nine years I’m encouraged by the many advances we’ve made in transgender rights and awareness, and I’m struck by how far we’ve come; but it sometimes feels like two steps forward, one step back. In late March North Carolina lawmakers “repealed” H.B. 2, the so called “bathroom bill” which restricted which public restrooms transgender people could use, but kept in place until 2020 the part of the bill which bans local governments from protecting LGBT people. In April the Trump administration released the questions to be included in the 2020 census that included questions about sexual orientation and gender identity, only to have them quickly removed, with the Census Bureau announcing that they had inadvertently released an incorrect version.

Those who have been forgotten must stand up and be counted, and fight for the right to be recognized and seen. But there are also those who would choose to see us erased altogether, and we can’t allow that to happen. There have been those within our own community who have questioned why the T is part of the LGB. As Alexandra Billings so eloquently points out in her interview, “There’s problems in our own community, but look, if we cannot meet in the middle, if we, the LGBT tribe cannot meet in the center of who we are, how do we expect other people outside the tribe to do that?”