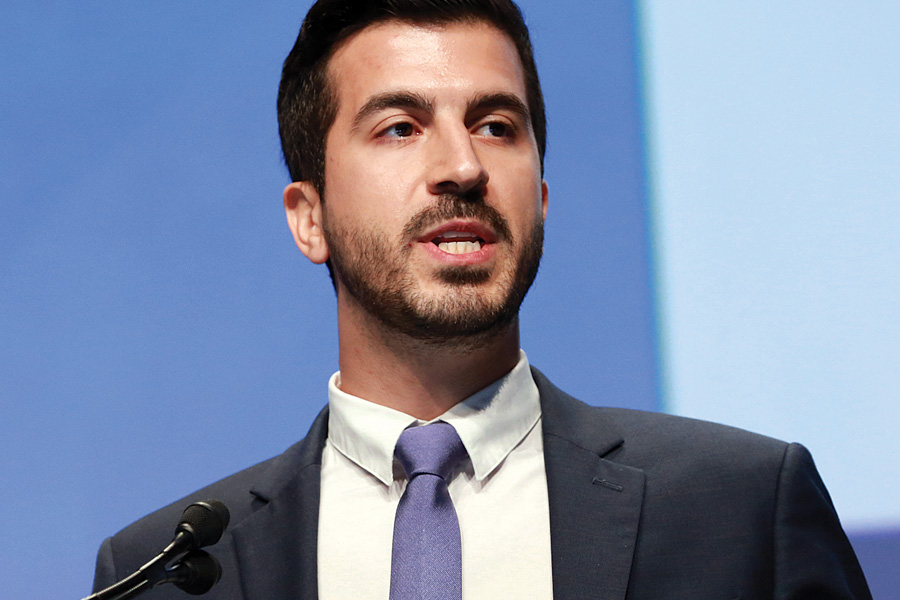 The following reports were among the most attention-grabbing at IDWeek 2017, held October 4–8 in San Diego, California. Go to idsociety.org for more conference news.

PrEP (pre-exposure prophylaxis) prescriptions in New York City increased by 974% between 2014 and 2016, though mostly in younger white males, according to a study presented by Paul Salcuni, MPH, at IDWeek 2017.

New York City has one of the highest rates of new HIV transmissions, with nearly 2,500 new diagnoses in 2015. These new cases were disproportionately occurring in specific communities, including men who have sex with men (58%), Black and Latina women (16%), and individuals living in high-poverty neighborhoods (53%).

Research has already shown that oral PrEP when taken consistently reduces the risk of sexual HIV transmission by 92%. Therefore, New York City has been making a concerted effort to scale up PrEP prescription and use, with a particular focus on the priority populations mentioned above.

Looking at race and ethnicity for males, all races (including white, black, Latino, Asian, and others) saw an increase in PrEP prescription rates from 2014 to 2016. However, the increase was much higher in white males. By 2016, men of color were about half as likely to be prescribed PrEP as white males.

The study results suggest that campaigns that promote PrEP for patients and PrEP prescribing by providers may be successful at increasing PrEP uptake. However, the disparity seen between male and female prescriptions suggest that the focus needs to shift to women and their primary care providers, including OB/GYNs, Salcuni said.

Moreover, Salcuni noted that the low prescribing rates seen in men of color compared to white men, despite men of color being disproportionately affected, needs to be addressed.

Cardiovascular disease risk factors need to be addressed among people living with HIV, even those doing well on treatment with undetectable viral loads, according to a study presented by the Ryan White-funded Palmetto Health clinic at the University of South Carolina in Columbia.

The researchers randomly selected 100 complete charts from patients living with HIV who were over 40 years old, did not have a previous diagnosis of cardiovascular disease, had three or more visits in the past three years, with at least one visit in the last year. Forty percent were between 40–49 years old, 44% were between 50–59 years old, 15% between 60–69 years old, and less than 5% were over 70. Thirty-one percent were female and 69% were male, while 36% were black and 64% were white. About 85% had an undetectable viral load.

Of the complete charts, 66% had a high enough BMI to be overweight or obese, but less than 30% received a diagnosis or received an intervention for diet, exercise, or weight loss.

Hypertension was diagnosed in 42% of the patients, but only 52% of those diagnosed had their hypertension adequately controlled. An additional 4% met the criteria for hypertension, but were never diagnosed.

Documented diagnosis of diabetes was less than 5%, which the authors noted was surprisingly low. For patients who were eligible to be prescribed a statin (a medication that lowers cholesterol and helps reduce cardiovascular disease risk), less than 25% were prescribed one. More alarmingly, none of the patients with very high cholesterol, which is a low-density lipoprotein (LDL) cholesterol level over 190 mg/dL, or with diabetes received a prescription for statin therapy.

Thirty-one percent of the patients were current smokers and the majority were receiving a smoking cessation intervention. However, nurses had assessed smoking in 100% of the patients.

Overall, despite 85% of the patients having an undetectable viral load, there were multiple missed opportunities to identify risk factors and help prevent cardiovascular disease, including identifying and controlling hypertension and diabetes, assessing and giving interventions to promote healthy diet and exercise, and statin therapy for those who may need it under current guidelines.

While the study does call attention to the overlooked cardiovascular disease risk factors, it was limited by small sample size, incomplete records or documentation, and unavailable information on statin allergy or intolerance.

For people living with HIV who are starting treatment, regimens containing an integrase inhibitor (INSTI) led to the highest rate of viral suppression after six months of treatment, and were the fastest in terms of days to viral suppression when compared to regimens containing other drug classes, according to a study which analyzed data from 155 treatment-naive patients (individuals who had never been on treatment before) who had started treatment between 2013–2016. About 29% were female and 71% male. The mean age was 41.3 years and mean viral load before starting treatment was 293,974.

The authors note that their data support previous studies that have highlighted faster time to viral suppression using INSTI-based regimens. And while current guidelines define virologic failure as having a viral load over 200 after 24 weeks of treatment, perhaps this definition should be changed for those starting INSTI-based regimens to as early as 12 weeks.

The study, led by Karen Jacobson, MD, MPH, also has important implications for situations where individuals would benefit from shorter time to viral suppression, such as for pregnant women, the authors noted.

The study was limited by incomplete patient records which led to a small sample size, non-uniform timing of viral load measurements after treatment initiation, and lack of CD4 count data.

Warren Tong is a freelance health and science journalist, with an extensive background writing about HIV and hepatitis C. Follow Warren on Twitter: @warrentong.