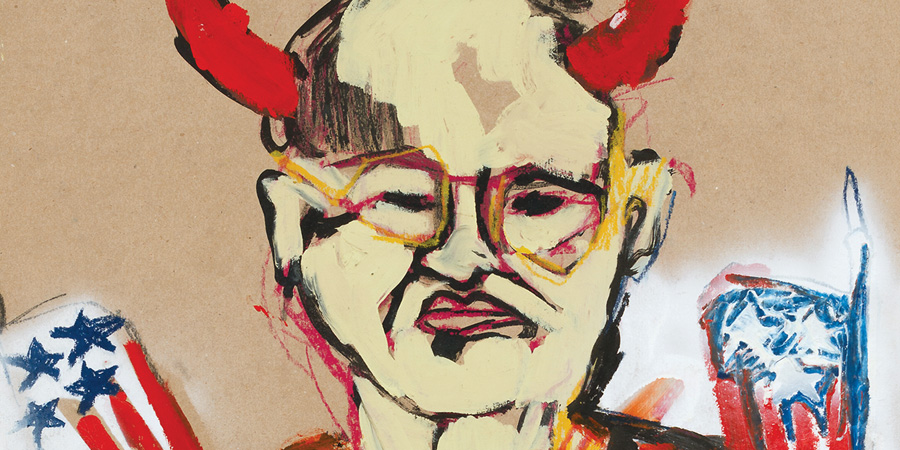 ABOVE: poster mocking U.S. Senator Jesse Helms from ART+Positive’s 1989 demonstration at the Metropolitan Museum of Art in New York City.

During the Reagan era, the federal government was silent and seemed indifferent to the AIDS epidemic. While ACT UP protested for better access to HIV medications in the late 1980s and ’90s, artists loosely affiliated with the activist organization were producing some of the most iconic—and controversial—images of their time. Like the protests, the artwork was often loud, angry, and urgent. Because, like the activists, the artists were watching their friends die of AIDS; many of them were HIV-positive themselves.

Several “affinity groups” of artists were associated with ACT UP. Gran Fury was mostly comprised of artists who employed a commercial and advertising aesthetic, whereas ART+Positive included artists from New York’s East Village, whose roots were in the punk movement.

“The quality of the artwork that emerged from ART+Positive had a very raw quality,” says Daniel S. Berger, MD, one of the first doctors to treat people with HIV in Chicago, who is also a noted art collector. “Their work was in your face, very expressive;
it directly spoke to you.”

Some of ART+Positive’s most memorable images targeted then-U.S. Senator Jesse Helms, a Republican from North Carolina, whose homophobic and racist views also made him the subject of ACT UP protests. Author of the infamous Helms Amendment which cut federal money for art deemed “obscene or indecent,” the senator also fought against funds for AIDS research.

In addition to his HIV-focused medical practice, Northstar Medical, Berger operates his own gallery, Iceberg Projects. After acquiring the group’s archives in 2015, he collaborated with Chicago artist John Neff to curate at Iceberg the first public exhibition of the archive in Militant Eroticism: The ART+Positive Archives. A new book produced by Berger and Neff through Berlin publisher Sternberg Press combines images from the exhibit with additional material. (Berger is also a long-time writer for POSITIVELY AWARE.)

Named for the gallery show, Militant Eroticism is aimed at exposing the archives to a wider audience. In documenting the exhibition, Berger hopes the book will also preserve an art movement that was political for its time, yet still relevant today.

“The lessons here are how people fought for their rights,” Berger adds. “We still have to fight, because the things that we have fought for can still be taken away.”