FDA approves new HIV drug, Juluca
Jan 18, 2018
New medication represents a shift in treatment as the first antiviral for use as maintenance therapy

The FDA has approved the first HIV medication to be used as a maintenance therapy, meaning that patients first need to have an undetectable viral load on other HIV treatment before they can be switched to Juluca to maintain that suppressed virus.

Switching over to two meds “is a very hot topic and is being heavily studied right now as a new ART [antiretroviral therapy] strategy and potentially a game-changer,” said Eric Farmer, PharmD, BCPS, AAHIVP, HIV Clinical Pharmacist at Indiana University Health LifeCare Clinic in Indianapolis. This is particularly true, he added, because there are other dual-drug regimens on the way, including dolutegravir/lamivudine and intramuscular cabotegravir/rilpivirine. Dr. Farmer worked on the upcoming POSITIVELY AWARE 2018 HIV Drug Guide (March + April).

In a press release from the FDA, Debra Birnkrant, MD, says, “Juluca provides a two-drug maintenance regimen for select individuals who are virologically suppressed. This group of select individuals will clearly benefit from this once-daily NRTI-sparing regimen.... we are also aware that this approval represents a paradigm shift in the treatment of HIV-infected patients.” Dr. Birnkrant is director of the Division of Antiviral Products in the FDA’s Center for Drug Evaluation and Research.

It is hoped that this treatment simplification strategy will decrease the risk of side effects, as well as increase some other benefits, through the elimination of an entire class of HIV drugs currently used, the nucleoside analogs. (This drug class is also called nucleoside reverse transcriptase inhibitors, or NRTIs, “nukes” for short.)

Juluca contains only two medications, and all other HIV regimens contain at least three, including nucleosides.

Juluca is a single-tablet regimen (STR), a complete therapy in one pill. All current HIV regimens consist of at least three medications, even if they’re only taken as a single pill. As such, Juluca is the first STR containing only a dual-drug combo.

Moreover, all the other STRs contain a pair of nukes, however tolerable.

Juluca consists of medications currently on the market, dolutegravir (DTG, brand name Tivicay) and rilpivirine (RPV, brand name Edurant). It is the smallest pill among the STRs. The dose is one pill a day, with a meal. Patients must be undetectable for six months with no history of treatment failure and no drug resistance to the medications in Juluca before they can take it. The most common adverse events in patients taking Juluca were diarrhea (2%) and headache (2%).

Dolutegravir is an integrase inhibitor (or integrase strand transfer inhibitor—“INSTI” for short), while rilpivirine is a non-nucleoside analog (or non-nucleoside reverse transcriptase inhibitor—NNRTI, “non-nuke” for short). All of the INSTI drugs on the market (Tivicay, Isentress/Isentress HD, and elvitegravir, which is not available separately but found in the STRs Genvoya and Stribild) are recommended for first-time HIV therapy for most people under the U.S. Department of Health and Human Services (DHHS) HIV treatment guidelines. INSTIs are currently the only drug class to hold this distinction.

Dolutegravir, or Tivicay, is found in the STR Triumeq, in which it’s combined with the nukes abacavir (brand name Ziagen) and lamivudine (or 3TC, brand name Epivir).

In keeping with Juluca’s approval, the FDA also updated Tivicay’s drug label to note that it can be used “in combination with rilpivirine [brand name Edurant] as a complete regimen to replace the current antiretroviral regimen in those who are virologically suppressed (HIV-1 RNA less than 50 copies per mL) on a stable antiretroviral regimen for at least 6 months with no history of treatment failure” or drug resistance to either medication.

In last year’s POSITIVELY AWARE 2017 HIV Drug Guide, David J. Malebranche, MD, MPH, wrote, “Dolutegravir (DTG) has emerged as a clinician’s dream, primarily due to its higher genetic barrier to resistance than [INSTI competitors elvitegravir and Isentress], once-a-day dosing, and ability to be taken with or without food. [Juluca, however, must be taken with a meal because it contains rilpivirine.] It is incredibly well tolerated with a favorable side effect profile, and has proven in several randomized clinical trials to be non-inferior to comparator INSTI, NNRTI, and PI-based regimens in maintaining an HIV RNA equal to or less than 50 copies/mL.”

Edurant is found in the STRs Complera and Odefsey.

Cabotegravir is a still-investigational, long-acting (LA) injectable INSTI medication. The combination of cabotegravir LA plus rilpivirine LA is being studied at doses of once every four or eight weeks. 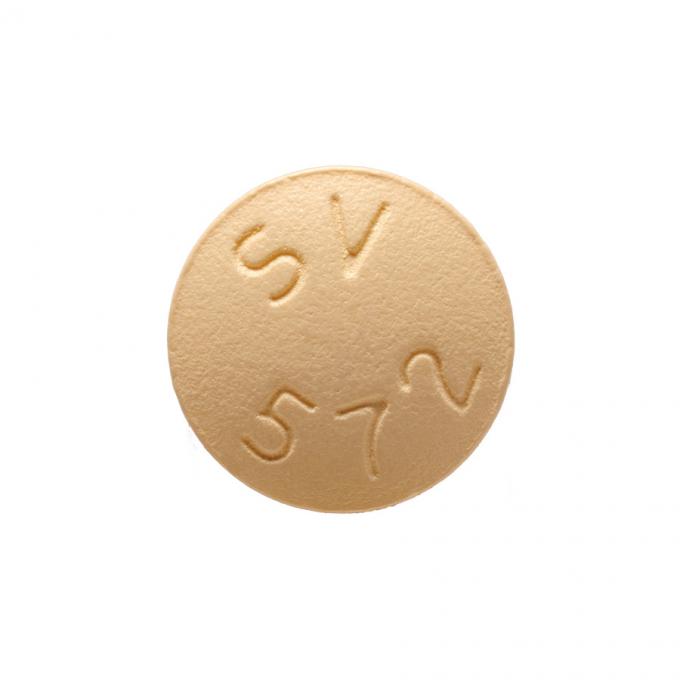 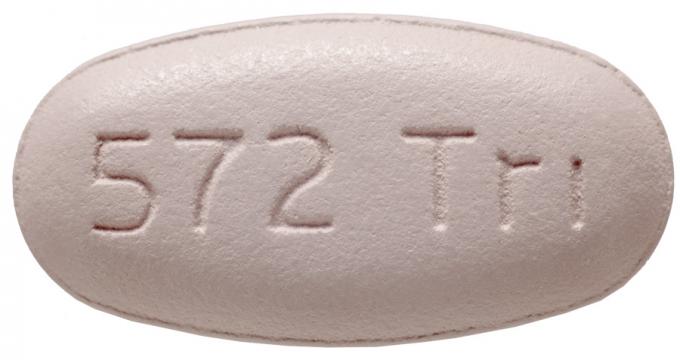 Triumeq can now be taken by patients weighing at least 40 kg (88 pounds). The liver toxicity section (found in most drug labels) in Triumeq was also updated. The section now notes that, “Drug-induced liver injury leading to liver transplant has been reported with Triumeq (abacavir, dolutegravir, and lamivudine). Monitoring for hepatotoxicity [liver toxicity] is recommended.” Most HIV treatments already include monitoring of kidney and liver function.

The FDA also reported that clinicians should be aware of drug interactions that may lead to adverse reactions or the development of drug resistance. 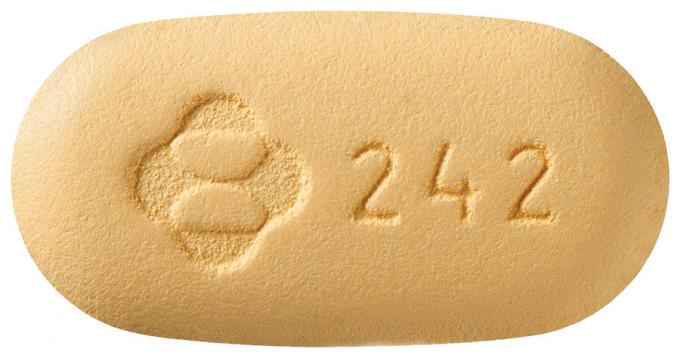 The FDA in November approved the use of HIV drug Isentress (raltegravir) for use in full-term neonates (birth to four weeks of age and weighing at least 2 kg, or 4.4 pounds). An oral suspension formula is available to give infants. Neonates of moms who took Isentress or Isentress HD should be given their first Isentress dose within 24 to 48 hours after birth. 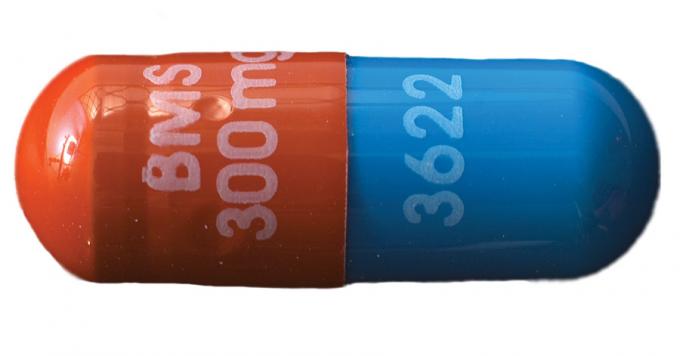 The Reyataz (atazanavir) drug label was updated by the FDA late last year. All patients should have kidney lab tests done before going on the medication (including Evotaz). This testing should include serum creatinine, estimated creatinine clearance, and urinalysis with microscopic examination. People should be informed that taking atazanavir may lead to chronic kidney damage and be reminded to insure adequate hydration while taking therapy that includes the HIV medication. Go to reyataz.com. 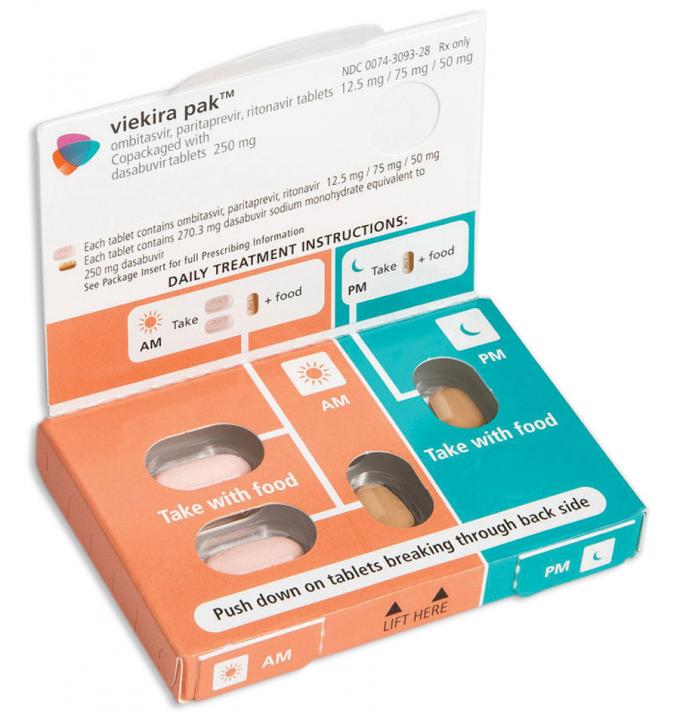 The following updates were made to the drug labels of the hepatitis C virus (HCV) medications Viekira Pak, Viekira XR, and Technivie:

Section 7: Drug Interactions was updated to state that fluctuations in INR values may occur in patients receiving warfarin concomitant with HCV treatment. If coadministered with warfarin, close monitoring of INR values is recommended during treatment and post-treatment follow-up.

A summary of recent changes

The U.S. Health and Human Services (HSS) panel on HIV treatment guidelines issued an update of their recommendations on October 17. No longer are HIV regimens labeled as “preferred,” “alternate,” and “other.” Instead, there are two categories of regimens:

1.         Recommended initial regimens for most people with HIV.

The panel also added a table on guidance for treatment options in the Virologic Failure section.

Other changes discussed in the updated guidelines:

Several studies have shown that persons with HIV who have sustained viral suppression with no drug resistance may be maintained on regimens with only two active drugs. Results from clinical trials using two-drug maintenance therapy are discussed in the Regimen Switching in the Setting of Viral Suppression section.

In the drug interaction tables found in the Drug Interaction section, a number of drug classes have been added or expanded, including oral anticoagulants, new oral hypoglycemic agonists, and hormonal therapy for menopausal management and for gender affirmation.

In addition, the guidelines now use People-First Language, which is a way of reducing stigma and showing respect for individuals who are living with HIV by focusing on the person instead of the disease. [For example, saying “people living with HIV” rather than “HIV-positive people.”]

Several updates were also made in October by the panel of the HHS perinatal guidelines:

After review of available study findings, the Panel continues to recommend tenofovir [Viread] as a component of first-line therapy and zidovudine [Retrovir, AZT] as a second-line agent for use in antiretroviral-naive pregnant women living with HIV in the United States.

Based on limited but increasing experience with use in pregnancy, dolutegravir [Tivicay] is now classified as an Alternative agent for antiretroviral-naive pregnant women.

The Panel has changed its classification of elvitegravir/cobicistat [found in Genvoya and Stribild] to Not Recommended for Initial Use in Pregnancy based on data showing inadequate levels of both drugs during the 2nd and 3rd trimester as well as viral breakthroughs.

Maraviroc [Selzentry] and enfuvirtide [Fuzeon] are not recommended for use in antiretroviral-naive pregnant women, in accordance with guidelines for non-pregnant adults and due to lack of pharmacokinetic and safety data in pregnancy.

The HIV opportunistic infections guidelines were changed in October to add isavuconazole as a treatment option for patients with uncomplicated esophageal candidiasis (thrush). Information on complications from fluconazole during pregnancy was added. Also added was information on infections by non-albicans Candida strains; drug-drug interactions and absorption issues with posaconazole; and the importance of HIV treatment and immune restoration in preventing mucosal candidiasis.

Go to aidsinfo.nih.gov to review all HIV treatment guidelines, including those for perinatal
and pediatrics.

A call for racial and social justice

A collaborative of 20 HIV movement leaders of color has developed a framework calling for “radical leadership” to overcome racial, social

and economic injustice in the HIV community. Working for several months to craft the document, the group hopes the framework will be adopted and used by organizations involved in HIV care, prevention, research and advocacy to analyze and adjust their practices, and also inspire leaders of color working in the HIV movement to join forces and demand a racial justice audit of their organizations.  The document, A Declaration of Liberation: Building a Racially Just and Strategic HIV Movement, is available at hivracialjustice.wixsite.com/framework. 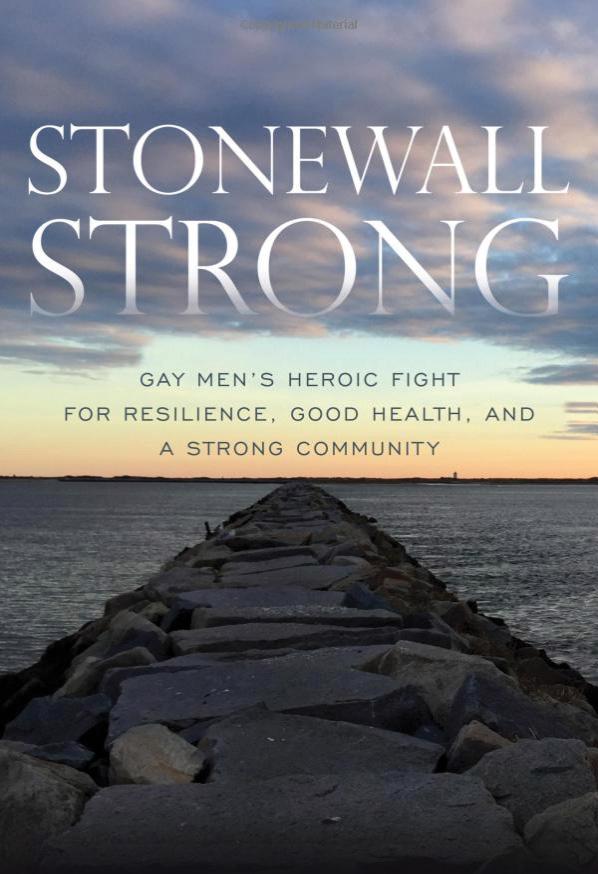 Journalist and author John-Manuel Andriote has written a new book, Stonewall Strong: Gay Men’s Heroic Fight for Resilience, Good Health, and a Strong Community. “I describe it as the ‘bookend’ for my earlier book, Victory Deferred,” wrote Andriote. “Where Victory Deferred documented the impact of HIV/AIDS on individuals, institutions, and the LGBT equality movement, Stonewall Strong celebrates the courage, resilience, and strength of gay men that became so evident in the epidemic.” Andriote interviewed more than 100 individuals nationwide for the book. He covers leading-edge research on gay men as well as personal experiences. Go to stonewallstrong.com.

The HIV.gov blog has highlighted POSITIVELY AWARE’s A Day with HIV anti-stigma campaign as an example of effective use of Instagram in combating stigma. “Every month, 700 million people around the world sign in to Instagram and 80% of them follow at least one business or organization,” the blog noted on October 10. “These data make Instagram one more reason our mobile phones have become an incredibly powerful tool for reaching, informing, and motivating people with HIV messages.”

The blog said, “A Day with HIV, observed annually on September 22, mobilizes people around the country to combat stigma through their social media posts.… The content uses clear, close-up pictures of people’s faces to create an immediate emotional connection with the audience.”

A new book featuring a selection of photos from A Day with HIV 2017 is now available as a free digital edition download; the print edition is also available for order at tpan.com/adaywithhiv.

Taking aim at HIV in the Deep South

Two new ventures have been announced which target what continues to be the region
of the U.S. hardest hit by HIV/AIDS—the Deep South.

A $2.65 million partnership among the Elton John Foundation, the Ford Foundation, Gilead Sciences, Johnson & Johnson, and ViiV Healthcare seeks to increase and expand HIV care and prevention services in nine states by collaborating with area HIV community organizations and social justice movements. The year-long effort is organized by Funders Concerned About AIDS and is administered by AIDS United. Alabama, Florida, Georgia, Louisiana, Mississippi, North Carolina, South Carolina, Tennessee, and Texas are the focus of this partnership. The program runs through Nov. 30, 2018.

According to the CDC, eight of the ten states with the highest rates of new HIV diagnoses are in the South.