The FDA already approved Cabenuva in January as the first complete HIV drug therapy to be taken once a month, but soon, Cabenuva may also be taken just once every two months.

The company that makes Cabenuva, ViiV Healthcare, has asked the Food and Drug Administration (FDA) to allow its long-acting injectable treatment to be taken every eight weeks instead of every four.

“Today’s submission of Cabenuva dosed every two months marks another meaningful step forward in our ongoing commitment to bring innovative HIV treatments to the community,” said Kimberly Smith, MD, MPH, Head of Research & Development for ViiV, in a press release dated February 24. (See “At the nexus of body and soul,” November + December 2020.) “This first-of-its-kind regimen reflects the evolving needs of people living with HIV, and, if this expanded use is approved, could allow adults living with HIV to maintain virologic suppression with six dosing days per year.”

Cabenuva is administered as two intramuscular long-acting injections, in the butt muscle. One injection consists of ViiV’s cabotegravir and the other of rilpivirine, from Janssen Pharmaceuticals. Injections begin after one month of taking oral forms of the medications (Vocabria and Edurant).

ViiV’s supplemental New Drug Application (sNDA) was submitted based on the results of a study showing that the two injections given once every eight weeks was non-inferior to administering them every four weeks. Those results came from the Phase 3b international clinical trial ATLAS 2-M (Antiretroviral Therapy as Long-Acting Suppression every 2 Months).

Before taking Cabenuva, individuals switching to it must already be on a stable anti-HIV regimen and have undetectable viral load (less than 50 copies), and have no history of antiviral drug failure or resistance to cabotegravir or rilpivirine.

An expert panel of the Department of Health and Human Services (DHHS) issued a recommendation in February that switching to Cabenuva to optimize treatment is seen as a good strategy.

“Based on the clinical trial results from two large randomized controlled trials [RCT, representing the gold standard in clinical research], the Panel recommends that once-monthly cabotegravir and rilpivirine intramuscular (IM) injections can be used as an optimization strategy for people with HIV currently on oral antiretroviral therapy (ART) with documented viral suppression for at least 3 months (although optimal duration is not defined) (A1 [recommendation]), who—

“Before initiation of the IM injection, patients should receive oral cabotegravir and oral rilpivirine for 28 days as an oral lead-in period to assess tolerance to these drugs. Clinicians should refer to the product label for information regarding IM dose administrations as well as management strategies for planned or unplanned missed doses.”

Read more on the recommendation regarding Cabenuva at hivinfo.nih.gov.

The panel noted that, “Switching to long-acting injectable therapy can be advantageous in patients for a variety of reasons, including but not limited to reducing pill fatigue, disclosure concerns or stigma associated with taking daily oral medications, and to improve quality of life.”

Another complete long-acting HIV regimen is in the works, and is being studied as both oral and injectable therapies.

Gilead Sciences and Merck announced an agreement to develop two of their long-acting drugs, still in clinical trials in combination with each other.

According to a joint press release in March, “Islatravir and lenacapavir are both potentially first-in-class medicines in late-stage clinical trials, with significant clinical data generated to date. Both medicines have long half-lives and have demonstrated activity at low dosages in clinical studies, which support development as an investigational combination regimen with long-acting formulations, both oral and injectable.”

The companies noted that, “While daily, single-tablet regimens are available for people living with HIV, options that would allow for less frequent, oral dosing or infrequent injections rather than daily dosing has the potential to address preference considerations, as well as issues associated with adherence and privacy.”

Merck is also developing islatravir in combination with the company’s doravirine (Pifeltro), and with doravirine and ViiV Healthcare’s 3TC (Epivir).  Merck is also studying islatravir as a medication for PrEP (pre-exposure prophylaxis—prevention), including a once-monthly oral formulation.

Gilead’s lenacapavir has data supporting use as a subcutaneous injection administered once every six months, for both treatment of HIV and for prevention of the virus. Two PrEP studies are expected to begin this year.

The two medications come from drug classes not currently on the market. Merck’s islatravir is a nucleoside reverse transcriptase translocation inhibitor (NRTTI). Gilead’s lenacapavir is a capsid inhibitor. Clinical study of the combination is expected to start later this year.

PleasePrEPMe.org, a comprehensive online educational resource originally created to bring together providers in California with people interested in PrEP (pre-exposure prophylaxis, or prevention) and PEP (post-exposure prophylaxis), has gone national and moved to HealthHIV.org. The user-friendly site provides information in both Spanish and English.

At the time PleasePrEPMe was formed in 2015, people interested in HIV prevention medications often had difficulty finding a receptive medical provider. This was true even with the emergency PEP schedule—treatment must be started within 72 hours of a known or suspected exposure to HIV.

“The opportunity to have been a part of creating a trusted, inclusive, welcoming source of HIV prevention information has been my honor,” said PleasePrEPMe founder Shannon Weber, a Renaissance woman who’s a social worker specializing in HIV services, an author, an advocate, and an artist. “I am confident HealthHIV will steward PleasePrEPMe to adapt and change in response to community needs.”

HealthHIV provides an extensive number of HIV prevention and care training and education programs, for both individuals and health care workers.

Out of the Closet thrift store opens in Orlando

Los Angeles-based AIDS Healthcare Foundation (AHF) has opened another of its Out of the Closet thrift stores, in Orlando, Florida. As with its other thrift shops around the country, the store will house a pharmacy and offer free rapid tests for HIV and a number of STIs.

“The grand opening [in February offered] the chance for Orlando shoppers to be among the first to discover the unique finds and hidden treasures for which ‘Out of the Closet’ is famous,” said Jonathan Kreuyer, general manager of the stores, in an AHF press release. “With 23 other locations in California, Florida, Ohio, Georgia, and New York, AHF’s Out of the Closet Thrift Store chain is the nation’s largest retail fundraising venture for HIV/AIDS services, and 96 cents of every dollar earned is directed towards local HIV/AIDS awareness efforts and AIDS care to those in need.”

Unlike the past, AHF now believes in PrEP.

Housing Works opened an online version of its own thrift stores back on National Thrift Store Day, August 17. This version specializes in high-end designer and vintage goods. The selection is small, but exquisite. Sometimes funky fun. And not necessarily a piggy-bank-breaker.

The New York-based non-profit, in existence for more than 30 years, provides housing and support services for homeless and unstably housed people living with HIV. It operates 10 thrift stores dotting Manhattan and Brooklyn. Go to eshop.housingworks.org. 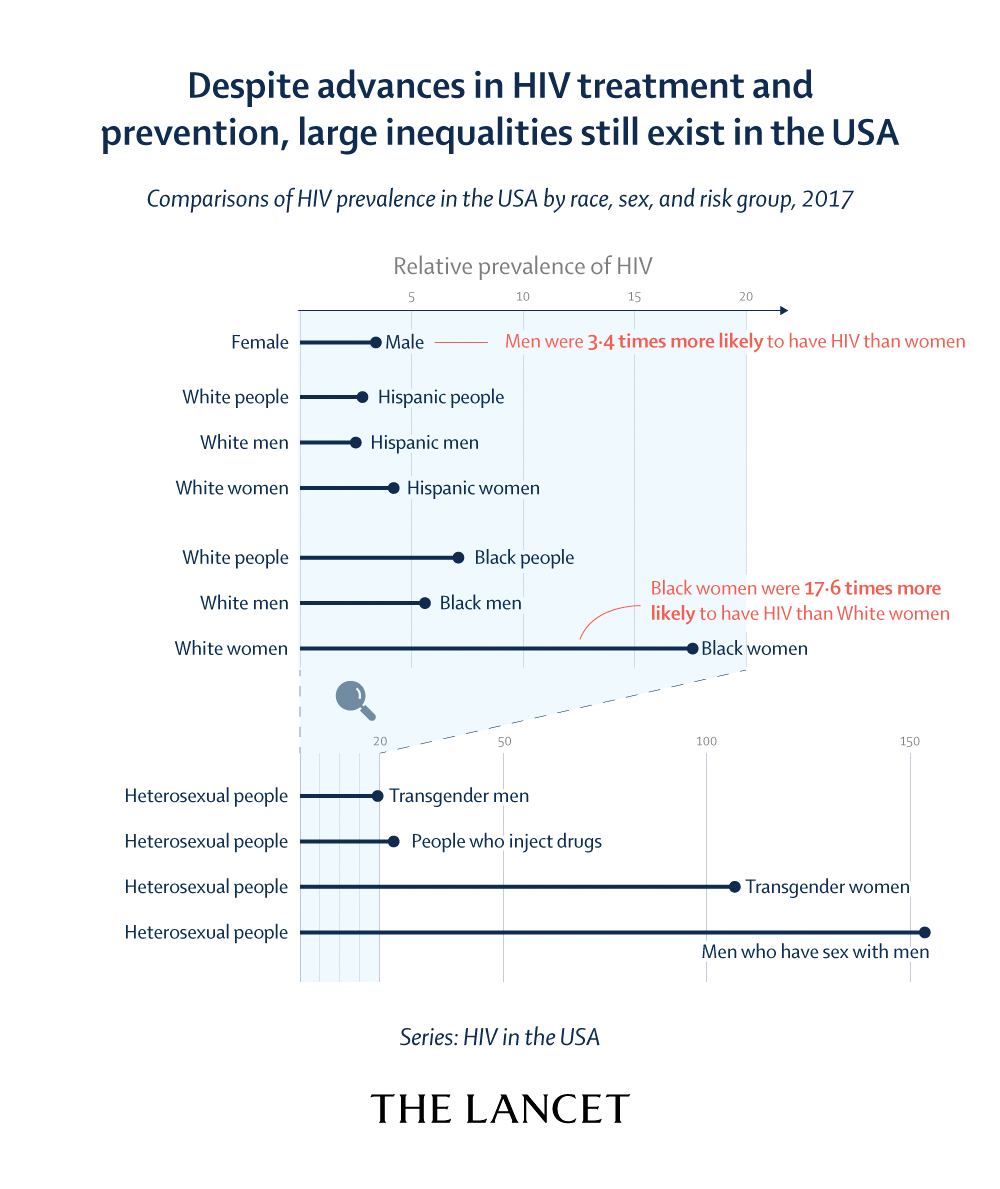 Lancet’s call to action on Ending the HIV Epidemic

The Lancet Series “HIV in the USA” from the February 19 issue concludes with a “Call to Action” outlining the measures needed for Ending the HIV Epidemic initiative to succeed. Among the many items addressed in the call to action, U=U (Undetectable Equals Untransmissable, an education campaign about how undetectable HIV virus may pose no threat of transmission) has a critical role to play. Ensuring that people living with HIV have the treatment and services they need to achieve and maintain an undetectable viral load not only saves lives, but also prevents new transmissions.

The Call to Action states: 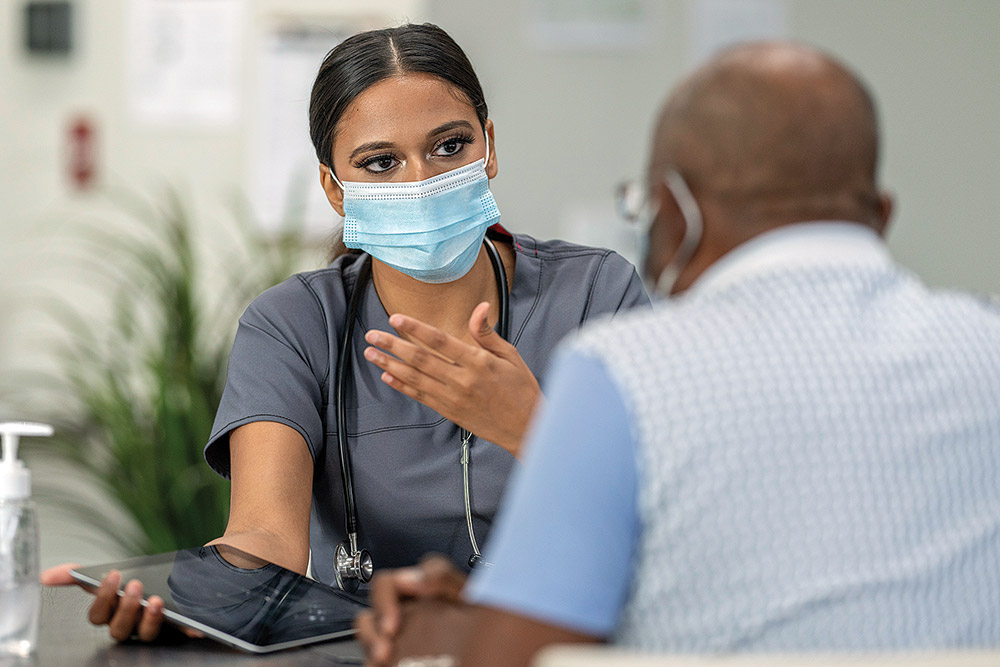 The Department of Health and Human Services (DHHS) on February 26 updated its COVID-19 recommendations for people living with HIV (PLWH). Of note: PLWH should get vaccinated; it’s still not known if HIV leads to a greater risk for COVID-19 infection. Much of the new information is provided below. There is also a discussion of COVID-19 treatments, which should be used the same way in people living with HIV as in the general population. Read the updates at clinicalinfo.hiv.gov/sites/default/files/guidelines/documents/HIV_COVID_19_GL__2021.pdf.

According to the update, “Whether people with HIV are at greater risk of acquiring SARS-CoV-2 infection is currently unknown. Data on the clinical course of COVID-19 in people with HIV are emerging. In the initial case series from Europe and the United States, no significant differences in clinical outcomes were found between people with HIV who developed COVID-19 and individuals without HIV. For example, data from the Veterans Aging Cohort Study compared outcomes in 253 mostly male participants with HIV and COVID-19 who were matched with 504 participants with only COVID-19. In this comparison, no difference emerged in COVID-19 related hospitalization, intensive care unit (ICU) admission, intubation, or death between patients with or without HIV. In contrast, worse outcomes, including increased COVID-19 mortality rates, in people with HIV have been reported in other cohort studies from the United States, the United Kingdom, and South Africa. In a multicenter cohort study of 286 patients with HIV and COVID-19 in the United States, lower CD4 count (less than 200 cells/mm), despite virologic suppression [undetectable viral load], was associated with a higher risk for the composite endpoint of ICU admission, mechanical ventilation, or death. In another study of 175 patients with HIV and COVID-19, a low CD4 count or CD4 nadir [lowest number ever found] was associated with poor outcomes. In a cohort study in New York, people with HIV had higher rates of hospitalization and mortality with COVID-19 compared to people without HIV.

“In the general population, individuals who are at highest risk of severe COVID-19 include those older than 60; those who are pregnant; and those with comorbidities, such as obesity, diabetes mellitus, cardiovascular disease, pulmonary disease, smoking history, sickle cell disease—as well as solid organ transplant recipients,” the report continued. “Many people with HIV have one or more comorbidities that may put them at increased risk for a more severe course of COVID-19. Both COVID-19 and HIV disproportionately affect communities of color. Based on the available literature, close monitoring is warranted for all people with HIV and SARS-CoV-2 infection, especially those with advanced HIV or with comorbidities.”

“People with HIV should receive SARS-CoV-2 vaccines, regardless of CD4 or viral load, because the potential benefits outweigh potential risks,” the guidelines advise.

Links are provided in the document.

“Patients and/or caregivers should be aware of warning signs and symptoms that warrant in-person evaluation, such as new dyspnea, chest pain/tightness, confusion, or other mental status changes.”

“Be aware that people with HIV with additional comorbidities may be eligible for one of the anti-SARS-CoV-2 monoclonal antibodies available through Emergency Use Authorization from the FDA.”

Added to the paragraph on greater risks of domestic violence during quarantine are the italicized words here, “Reports indicate that some measures designed to control the spread of COVID-19 may increase the risk of intimate partner violence and/or child abuse, as well as limit the ability of people to distance themselves from abusers or to access external support. Providers should assess patient safety at each clinical encounter, either in-person or via telemedicine, being cognizant of the patient’s ability to speak privately.”

Clinicians are referred to the NIH COVID-19 Treatment Guidelines (covid19treatmentguidelines.nih.gov/whats-new), which have a section on “Special Considerations in People with HIV.”

A lengthy section on pregnancy and another on children living with HIV have been added.