A round-up of CROI reports

Go to croiconference.org to read the abstracts and watch video presentations.

Once again, dolutegravir was shown to be safe and effective for pregnant women and their infants.

Previously, the DolPHIN-1 study found that for pregnant women, dolutegravir decreased viral load faster than efavirenz did in the first 26 weeks of treatment.

Now, the DolPHIN-2 study (Abstract 175) reported on what happens when pregnant women start antiviral treatment late in pregnancy, in their third trimester.

Half of the women on dolutegravir achieved undetectable viral load in around four weeks, while it took about 12 weeks for half the women on efavirenz to reach undetectable. This is a huge difference, especially for pregnancy, where time is of the essence for the infant, not just the patient carrying that baby.

Undetectable viral load (less than 50 copies) remained strong for both groups out to 72 weeks postpartum (116 of 125 women on dolutegravir vs. 114 of 125 women on efavirenz).

The research team noted that the study results support World Health Organization (WHO) recommendations for using dolutegravir at all stages of pregnancy as well as conception. The HIV perinatal treatment guidelines of the U.S. Department of Health and Human Services (DHHS) also support dolutegravir for conception and pregnancy.

There were three infant transmissions in utero for the dolutegravir group compared to one in the efavirenz group, which occurred postpartum to the baby of a breastfeeding mom. Both dolutegravir and efavirenz were effective in preventing postpartum transmission in breastfeeding (this was one of the goals of the study, for mothers who chose to breastfeed). The one infection observed despite adequate drug levels in the mother shows that transmission in this circumstance is still possible.

Women had fewer adverse events with dolutegravir than with efavirenz. 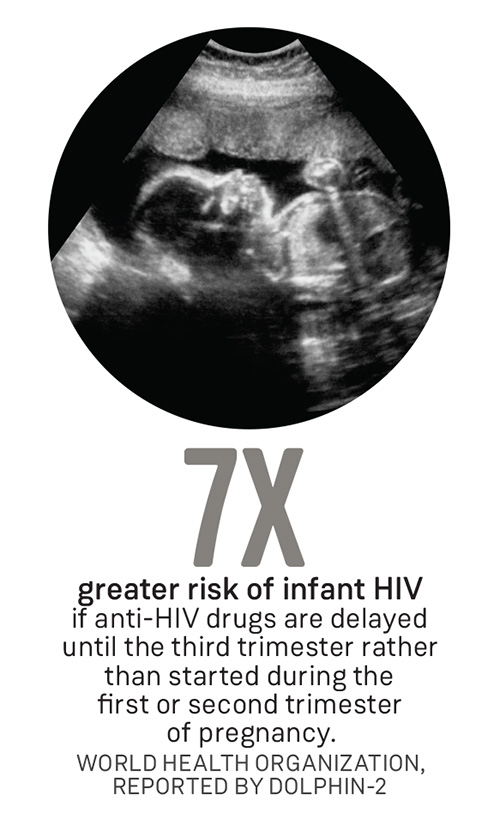 For women with a high-risk pregnancy—complicated by conditions such as diabetes, obesity, HIV, or high blood pressure—COVID-19 was not more dangerous for the women who were living with HIV.

“No significant differences for COVID-19 infection impact and outcome were noted for [pregnant women living with HIV] versus those without HIV,” reported a group of South African clinicians and researchers (See Abstract 171.).

But the positive women, the team noted, were on HIV treatment and had undetectable viral load.

COVID-19, however, hit the women hard.

According to the report, “The impact of COVID-19 infection in pregnancy was severe (40% complicated by pneumonia; 8% crude mortality rate); neonatal outcomes were favorable.”

The study team from Stallenbosch University were in a good position to note differences in COVID-19 in pregnant women. Most of them are clinicians working in a high-risk pregnancy clinic outside of Capetown, at Tygerberg Hospital in Tygerberg, South Africa.

The women were tested for SARS-CoV-2 infection only when they had symptoms.

One hundred pregnant women had COVID-19, and 28 of them were also living with HIV. This was in line with the number of women in the clinic living with HIV overall, 24%.

Most of the COVID-19 infections were diagnosed in the 3rd trimester (81%). Half of the women delivered within two weeks of the diagnosis.

Pregnancy outcomes included 91 live births (including 5 sets of twins), 5 stillbirths, 4 miscarriages, 2 mothers who died while still pregnant, and 1 medical termination of pregnancy. Birth outcomes for two women were unknown. The newborns did well, but one died shortly after birth.

CROI co-chair Sharon Hillier, of the University of Pittsburgh Medical Center and the Magee-Women’s Research Institute, said, “The bottom line is COVID-19 is very bad for pregnant women, but is not influenced by ART [antiretroviral therapy].”

Liesl De Waard, MD, an obstetrician gynecologist who presented the study, said the clinician team feels they should at least give women the option of being vaccinated against COVID-19.

Dolutegravir superior to other meds for children

Dolutegravir (DTG) was more effective at decreasing viral load in children than standard-of-care medications, which included efavirenz and protease inhibitors.

The study was the first randomized, placebo-controlled trial in children for HIV therapy. Children were taking HIV medication for the first time (treatment-naïve) or switching to their second-line therapy.

Dr. Turkova said that the results “clearly demonstrated dolutegravir was better.” She noted that in the U.K., dolutegravir is already a preferred drug for children.

Children had a greater drop in their viral load at 48 weeks (one year) that continued out to 144 weeks (three years). They also had a better lipid profile with dolutegravir, which may be better for cardiovascular health, Dr. Turkova said. They also did not have the weight gain increases seen with dolutegravir in adults.

“DTG-based ART [antiretroviral therapy] was superior to SOC [standard-of-care] based on treatment failure [400 viral load or higher] by 96 weeks in children/adolescents starting first- or second-line,” the study team reported (Abstract 174). “There were no safety concerns on DTG. These results support WHO guidelines which recommend DTG-based regimens as preferred ART for children [weighing 14 or more kg (31 pounds)] starting first- or second-line ART, allowing harmonization with adult treatment programs.”

Results in children weighing less than 31 pounds are expected later this year.

Most of the 707 children in the study were in Africa, but some were in Thailand or Europe. Dr. Turkova said the results were consistent across the countries. Most of the children in the standard-of-care arm received efavirenz for first-line therapy while those on their second-line treatment had a protease inhibitor-based regimen (the majority given Kaletra and 25% given Norvir-boosted Reyataz). 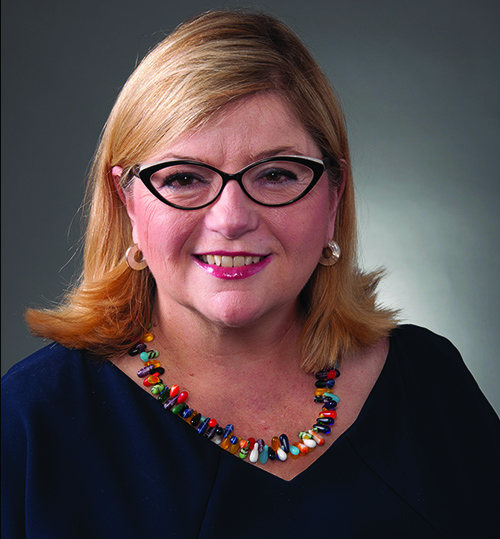 Last year, the Conference on Retroviruses and Opportunistic Infections (CROI) struggled to stay on track in the face of a growing world-wide pandemic before shutting down the event scheduled to take place in Boston and going virtual instead.

This year, CROI organizers were old—and weary—hats at dealing with the new pandemic on top of the old one, in which conference attendees are already specialists.

“We were very aware when we were planning the program that people would have Zoom fatigue,” said CROI co-chair Sharon Hillier, PhD, of the University of Pittsburgh. “And so what we wanted every day was to have a limited number of live sessions that would allow lots of audience participation.”

Indeed, virtual CROI 2021 was basically a half-day event during its run March 7–10, along with symposia recorded by speakers to be listened to at a later time. Once again, COVID-19 led to a precedent at CROI.

“We are in a unique time both with COVID and HIV,” said Dr. Hillier. “We have a huge footprint of COVID science in this program. About half of our invited talks have some COVID content. And 25% of submitted abstracts have COVID as part of the topic.”

The organizers created “Science Spotlights” to take the place of the interactive poster sessions in conference halls, where hundreds of attendees mill around looking at the research reported on posters and talking with presenters. “We can generate those chats that resemble somewhat what happens in those hallways,” said Dr. Hillier.

Dr. Hillier made her remarks on Monday, March 8, perfect for someone working in women’s issues, as she does.

“Today is International Women’s Day,” she noted. “It reminds me how women have been disproportionately impacted by HIV. And we’re hearing that women have been disproportionately impacted by COVID in terms of the job losses and economic loss. So today is also a good day to remember the women in our lives and the need to address disparities as they relate to women everywhere.”