The flipside of aging

This year marks 40 years since the first cases of pneumonia were reported in five gay men in Los Angeles, all of whom later died. That same year we also heard about Kaposi sarcoma, then known as the “gay cancer,” being reported in gay men.

This is the story we’ve all come to know as the beginning of the AIDS epidemic (see page 14). But years earlier in 1968, Robert Rayford, a 15-year-old African American male, presented with a strange series of infections that baffled doctors in St. Louis. Three months after his 16th birthday in 1969, he died of pneumonia. An autopsy revealed that Rayford had Kaposi sarcoma lesions within and throughout his body, and thankfully tissue samples were preserved by the treating physician, knowing that one day they might prove useful.

According to a Washington Post article in 2019, “In time, the case of a poor young African American who apparently never left the Midwest would add a surprising twist to the understanding of a disease many connected with gay white men in cosmopolitan coastal cities. Researchers would come to see Rayford as the country’s first known death from a strain of the human immunodeficiency virus, HIV, the virus that causes AIDS.” 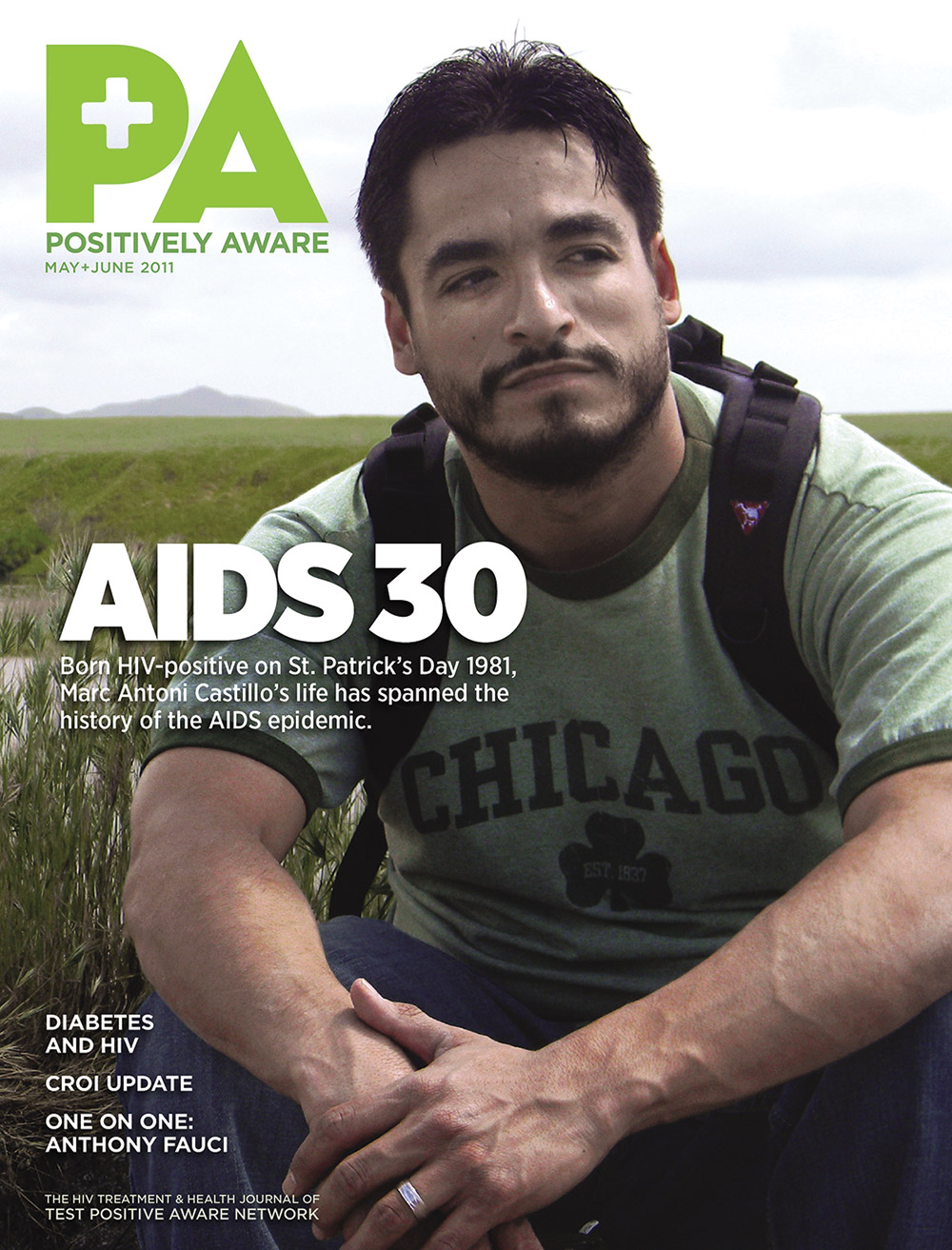 Cover of the March+April 2011 issue of Positively Aware

Ten years ago this month, we published POSITIVELY AWARE’s AIDS at 30 issue. On the cover we featured Marc, who was born with HIV. In my editor’s note, “The Year of Living Dangerously,” I recounted my move to Chicago in 1981 just a few months after those first cases were reported, and how not long after, I developed a flu-like illness that I couldn’t seem to shake. I went on to say that, “Like me, [Marc] also resided in Chicago. Like me, he and his mother…didn’t learn until years later that they were both HIV-positive. And, like me, they are both still here. Our stories are so very different, and yet, they are the same.”

In this issue, you will read about some of the younger long-term survivors we never hear about, the “forgotten generation.” Their stories and voices remind us that there is indeed a flip side to HIV and aging that deserves our attention.

Another thing we don’t always touch upon when it comes to aging with HIV is sex. Leave it to Mark S. King to approach the topic with humor and grace in this issue’s Positively Aging column. And Being Bridgette debuts in this issue, an ongoing column by Bridgette Picou about living and thriving with HIV as a woman of color.

Like HIV, we’re now in the midst of another pandemic that has forever altered our world. And yet many things remain the same, for better or worse. Institutional racism, White supremacy, the killing of innocent Black and Brown people at the hands of those sworn to serve and protect us—I often think, “it’s overwhelming,” but then stop myself. I mean, if it’s overwhelming for me… And as a white cis man, do I even have a right to say I’m overwhelmed?

And then I read in The New York Times Magazine about an outbreak of pediatric HIV, “The City Losing Its Children to HIV,” by Helen Ouyang. Eleven hundred children with HIV in a city of half a million people. It’s a devastating and heart-wrenching report, an indictment of a poorly run and drastically underfunded healthcare system in Pakistan that was already on the brink of collapsing before COVID, and now threatens to wipe out any advances made in ending the HIV epidemic. Parents who put aside their own healthcare needs to have their children treated by quack doctors who are incentivized to give unnecessary injections and infusions, re-using needles, then often tossing them out the clinic window into the street where children are playing. And I become overwhelmed all over again.

But I push on, and I do the work, as we all do, hoping and praying that I’m making a difference. Trying to put into the world good energy, but not always succeeding. Knowing that each day, I have a choice to do things differently from the day before. We’re all aging, and with age comes wisdom, right? So today I’m going to flip that aging coin, and see where it lands. Because whether it’s heads or tails, it’s up to us to make the next move.