Spirituality and faith in my HIV journey

The line between religion and spirituality can be difficult to navigate
By Clark Hawley Nov 7, 2018 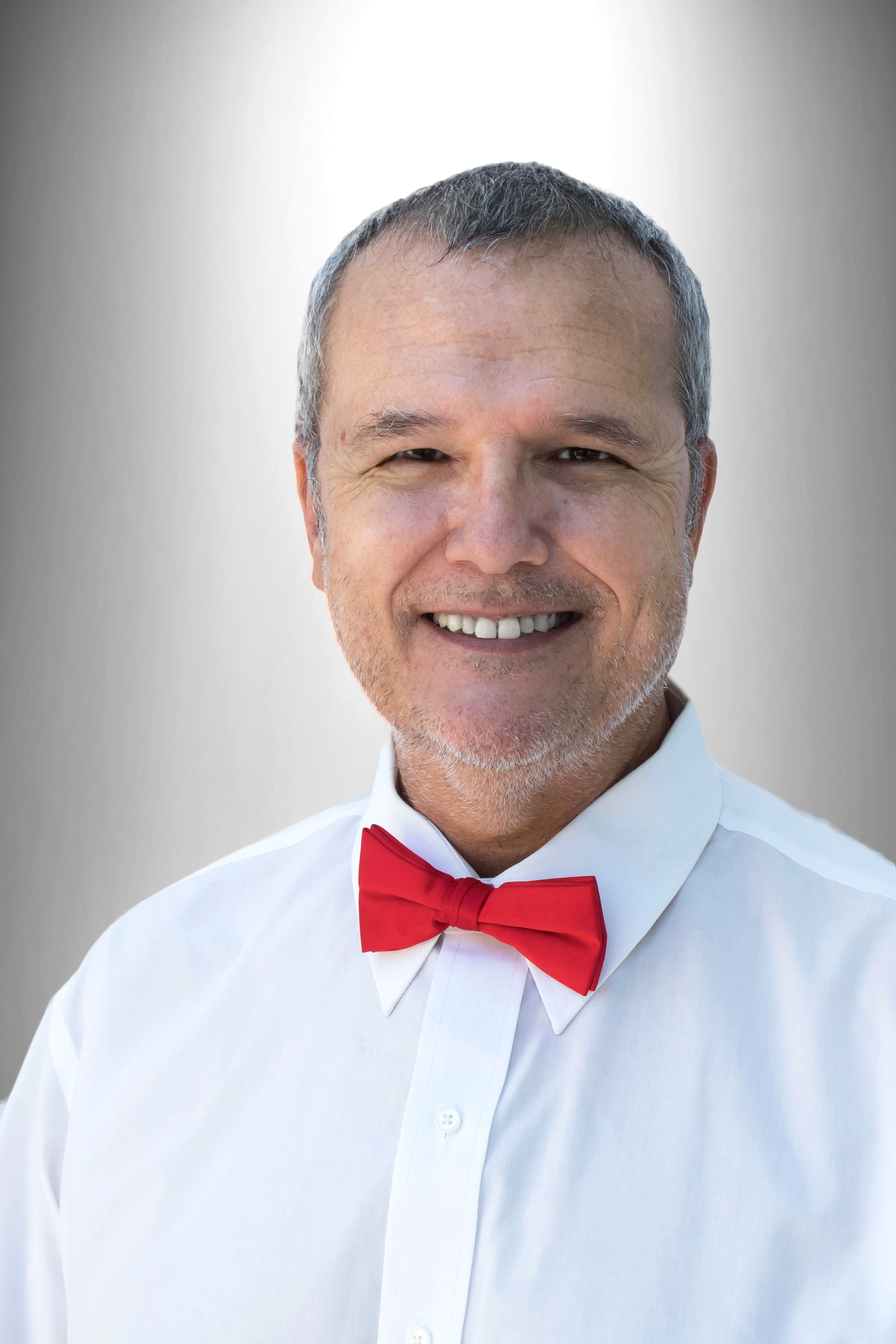 My name is Clark Hawley, but in the HIV cure research world, my cells have a bit more notoriety as those of SCOPE patient 2512, living pincushion and reluctant poster boy for the cause.

I was born a spiritual being. For my younger years this characteristic expressed itself as an intense desire to know the answers to the questions of life. In the last few decades it expresses itself by having an internal sense of wonder, respect, and gratitude for the majesty of this life we all find ourselves in. Richard Rohr says it best for me in his podcast, Utterly Humbled by Mystery, “I believe in mystery and multiplicity.”

A world-famous concert pianist once said, “There is a thin line between genius and insanity.” The line between religion and spirituality is even thinner, and more complicated to navigate. Neither of these is a force for good in the world when their systems try to impose structures on others. Both are very powerful forces when they assist people to find themselves, know themselves and express themselves. This is my story as a spiritual being having a human experience with HIV.

Establishing themselves as places of danger for LGBTQ+ people and especially folks living with HIV, many, many churches have aligned themselves with a philosophy of fear and exclusion, basing their decisions on tradition, dogma, or the interpretation of documents thousands of years old by people looking outside themselves for answers. This is not all churches, religions, traditions, and congregations; however, their members seemed to make the news and get elected. I myself was a conservative fundamentalist evangelical with a wife, minivan, and two kids who believed all five points of Calvinism. I had all the right answers for myself and everyone else in the WORLD (in my mind at the time), but I was miserable. I gained weight until I topped at 340 pounds. Once every third telephone pole seemed to call at me to drive into it, I got help from a psychologist. In all my miserable “rightness,” a dear friend asked me a simple question, and it was this, “Clark, what if God doesn’t care so much what you do with your genitals? Do you think He/She would really mind so much if you were happy?” I tried to respond, and he stopped me. “It’s a question. Just think about it.” I did, and started my journey from religion to spirituality.

God (whomever He/She/It is) doesn’t mind.

At 35 years old I discovered what my 12-step friends call a higher power that was bigger than a guy in the sky with lightning bolts in one hand to smite those he dislikes and a bag of jewels in the other that he distributes to those that please him. I simply let go of 12 apostles, 10 commandments, and four spiritual laws and embraced myself. Instead, I made four agreements with myself, with a little wisdom from Don Miguel Ruiz.

Finding a group of people so I would be supported and encouraged in living my journey, no matter what path it would take, should have been a challenge, but my friend, who taught me the magic words, “What if,” asked me if I wanted to go to his “Center” on Sunday. I found a philosophy that works for me, that does not require me to make anyone else wrong. There are groups of folks (it turns out there are hundreds of thousands of folks and hundreds of congregations) whose goal is to treat each other as they wish to be treated. Not in one church or path or spiritual philosophy, but many differing ones, including Centers for Spiritual Living, Unity, Unitarian Universalists, Agape International Spiritual Communities, and many others that are listed on the International New Thought Alliance website. These formalized groups of fellow men and women simply have no place in their philosophy for guilt over being gay. It simply is not an issue. They think you are made the way you are. There is no guilt for having HIV; you experience what you experience.

There are also mainline denominations that have come to a similar conclusion. They have focused on the expressions of love in their texts rather than judgement. A fairly comprehensive list of these can be found at gaychurch.org.

Even within affirming churches, there can be vast differences in receptiveness and celebration of their LGBTQ+ members and members who are HIV-positive. One of the most celebrative and expansive individual congregations on earth is Glide United Methodist in San Francisco, yet because of their radical inclusiveness, they are currently in conflict with their parent organization. Since my ex-wife attends a United Methodist church in ultra-conservative California congressional district 22, I personally have long been aware of the variation in belief and practice in that denomination.

Group spirituality and spiritual organizations are not for everyone, and I believe that one’s own spiritual journey is enough. Spirit, God/s, the Goddess/-es, the Universe, the Creative Impulse, whatever you want to call it, is actually big enough to support every individual without a group effort at all. You, alone, are able to find your spiritual expression without judgement from anyone. Yet, if you are built to have community support, it is helpful to have a couple of tools to find the community for you that considers you to be what you are—a wonderful expression of stardust and energy on earth, rather than an anathema.

I was fortunate to have that. On the day I was told about my HIV status, what was truly puzzling them was that the “number” of the positive test was like nothing they had ever seen. When a person is tested, what is normally found is a viral count of around 150,000 to 200,000. In the very rarest of cases, the count can be as low as 2,000. No one I encountered had ever seen a number less than 1,000. The number on the test result from the vial with my name on it was 212.

This result, I was later informed, was the earliest detected, lowest viral count positive test in the history of all mankind and modern science, coming in at four times lower than any previously encountered positive reading then known.

As I sat in the Civic Center BART station waiting to get on the train home, I was texted by a spiritual mentor to see where I was, and to care for me. After answering her, I checked my phone for any other messages. There were none, except for an automated app update notice from AVG. It read this exactly: ANTIVIRUS: You’re fully protected!

Perhaps there is no such thing as coincidence, perhaps there is just one life being lived. AVG is not intended to be a prophecy app, yet it didn’t say, “You are negative,” it said, “You’re fully protected.” As odd as the timing of this was, it has proven to be accurate. I was in the fray, but fully protected by doctors, researchers, experts, social workers, and a cornucopia of folks willing to devote their time, prayers, thoughts, intentions, and positive energies on my behalf.

Once again I found myself in this place of wonder. The place of mystery and multiplicity, knowing that faith means just that—faith—not a surety of outcomes or answers.

There had been some success in giving monkeys with a low viral load ART therapy, then having them clear SIV (the monkey equivalent of HIV). My virus count was so low that my doctor put me on maximum ART therapy, to see if my body might react the same way. I went 32 months on ART, with an undetectable viral count, not knowing if the virus was controlled or cured. Instead of getting judgement, pity, or shame from folks in my spiritual community, I got messages like this from dozens of dynamic leaders:

“There is only One activity ever taking place. It is that of God. You are one with this Power, this Creativity, this Intelligence. You are that which is greater than an outcome, a diagnosis, a medication. You are the Presence and Perfection of the Allness of the Divine. Therefore you are at ease, and not about Dis-Ease. Your life ahead is healthy—mentally, emotionally, physically, sexually, spiritually, financially. You are a conscious being and your relationship to the Universe reflects your acceptance of your Oneness. Any fear or doubt you may be experiencing is just your “awareness” needing to know more. You are bigger and on a higher plane than any diagnosis—EVER! Power, Peace, Beauty, Light, Love and Joy are your qualities of Life—ALWAYS! This is your truth because you are One with the ever-present, Infinite Nature of Spirit. The Law of Life is working through you with perfection, grace, ease, and completion. You trust all that is manifesting and let good be your Reality. All is well. All is well. All is well.

Though I would never expect anyone to interpret these things that encouraged me as scientific fact, even entertaining the possibility that there may be something “bigger” has helped my attitude and encouraged me to give what I can to my fellows.

What if there is an originating creative force? If so, when he/she/it began to create, then the only substance available was itself. So every doctor, researcher, patient, medication, and being is an individualized expression of it, made of the same stuff as stardust.

Clark Hawley holds a bachelor’s degree in Philosophy (with a concentration in Religious Studies) from California State University Bakersfield, a valid California K–12 teacher’s credential, a master’s degree in Educational Administration and Supervision, and a California administrative certificate. He is also the father of two adult boys, and is celebrating five years with the love of his life, Josh.

Read about Clark’s journey as an HIV cure research participant in the Summer 2018 special issue of POSITIVELY AWARE.

Amazing Grace or Highway to Hell?
Spirituality and faith in my HIV journey
Losing my religion
Religiously non-conforming
Today is A Day with HIV
Agenda for survival