Proposed legislation will address the harms of current laws
By Anna ForbesNov 1, 2020

Driving sex workers offline and onto the streets

—and then arresting them for carrying condoms there—has 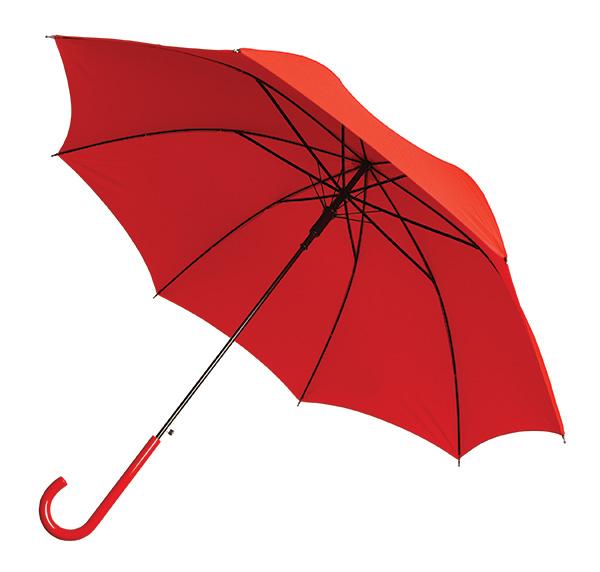 In 1991, Ashunte Coleman was forced to leave her hometown of Canton, Mississippi. It meant leaving friends, quitting her gospel choir, no more playing tuba in the band—all because her mother was ashamed of her. Her family enrolled her in a Job Corps program in Kentucky to “get her life together.” There, she got a GED and took courses in welding and culinary arts. Most importantly, she said, “I was finally able to live out my truth.”

She met and bonded with two other transgender women, close friends who helped her get through her transition. Of course, they also experienced transphobia at Job Corps but, for the first time, Coleman didn’t have to face it alone.

Job Corps ended after graduation, so Coleman went back home. Growing up, she was closest to her grandfather, her defender, and she frequently helped with loading her grandfather’s truck every morning to ease him into his workday as a roofer. But, when she went back home after her transition, he no longer wanted her help, “looking like that.” He gave her $100 and drove her to the bus station so she could get to the state capitol, in Jackson, where a friend had offered to take her in. The friend promised work for her there.

When she arrived, her friend told her to put on her sexiest clothes because they were going out. Coleman put on her “Daisy Dukes,” sandals, jewelry and a blond wig and they went to a designated spot. Her first guy offered her $20 for oral sex. After she provided it, the man tried to grab her breast and realized she was transgender. Enraged, he grabbed a machete from the back seat and tried to kill her. Coleman fought her way out of the car, terrified and sobbing. Her girlfriend told her it’s part of the game. “It’s all about survival,” she said.

After about six months in Jackson, Coleman moved to Florida, where she was arrested several times and ultimately sentenced to two and a half years in prison. In 1999, she experienced an epiphany, deciding that she would never again go through the abuses of prison, no matter what. Arriving home after her release, she found it empty, her former partner having taken all of Coleman’s clothes, furniture and photographs, leaving her with nothing.

Sex work is one of the very few jobs available to someone with felony conviction. But this time Coleman chose to diversify. She found shelter in a halfway house and worked for Goodwill. Then, with her culinary training, she got some restaurant jobs. She trained as a Certified Nurse’s Assistant—the first job, she said, that ever allowed her some weekends off.

Those Saturdays and Sundays were when she supplemented her income with sex work. Getting dates became easier and safer thanks to the internet. Online communication also introduced her to other people who were fighting for their rights as transgender women and as sex workers.

They helped her develop public speaking skills, to advocate for herself and bring her peers together to demand their rights. Today, Coleman works with SWOP/Tampa (Sex Workers Outreach Project/Tampa) and she founded LIPS-Tampa (Ladies Intervention Project for Success), to provide food, condoms, information and mutual support to Black transgender women and street-based sex workers.

Then, in April 2018, the U.S. Congress passed the Fight Online Sex Trafficking Act (FOSTA) and the Stop Enabling Sex Traffickers Act (SESTA). Both made sex work more dangerous by making it difficult or impossible for sex workers to screen clients online. While named to sound like a noble effort to protect people from sex trafficking, the acts haven’t alleviated sex trafficking—they may have worsened the problem—and they put those who choose of their own agency to engage in sex work at much greater risk of harm.

Some HIV and human rights activists pitched in on sex workers’ efforts to block FOSTA-SESTA, but it was not enough. The twin bills passed, making it very risky for sex workers to go online to screen potential clients, require photo IDs, confirm safe meeting places, and negotiate their terms (cost, condom use, etc.) before meeting—all steps that make sex work safer.

Data from Seattle, Washington, DC, Phoenix and San Antonio show that, since FOSTA-SESTA, the number of street-based sex workers has at least tripled. With sex workers unable to negotiate online to require condom use and take other protective steps in advance of meeting clients, HIV transmission rates started to rise. In some jurisdictions, police arrest “suspicious” people carrying more than a few condoms, citing possession or more than a couple of condoms as proof of an intention to sell sex.

Driving sex workers offline and onto the streets—and then arresting them for carrying condoms there—has made sex worker riskier and harmed HIV preventions efforts.

Since 2018, the numbers have been climbing of sex workers doing business on the street, earning less money and facing higher risks from both police and violent clients. The women visiting LIPS-Tampa, Coleman said, are desperate for food, condoms, clean clothes and bus fare—anything to protect themselves and support their families. And when COVID-19 showed up, things got much worse.

Massage parlors and strip clubs closed. Sex workers, even those legally employed, are not eligible for unemployment compensation. Those with the resources and skills to earn a living via cam work have over-saturated that market. For others, getting work is a desperate catch as catch can. Sex workers rights organizations are now holding fundraisers all over the country. Along with harm reduction organizations, they are fighting an uphill battle just for sex workers’ survival.

For those old enough to remember it, this feels a lot like the early years of HIV in the United States when HIV was invisible to most people. The president didn’t mention AIDS publicly until 1987 and the Ryan White CARE Act didn’t pass until 1990, by which time 1 million people nationwide had been diagnosed with HIV.

A few years from now, COVID-19 may be a memory for most people. But sex workers will still be fighting an uphill struggle to overturn FOSTA-SESTA and get sex work decriminalized. But it has to be done and the trend is favorable: New Zealand has decriminalized sex work nationally, several other countries are heading in that direction and the move for decriminalization has grown in the United States in recent years.

After getting kicked in the teeth by FOSTA-SESTA in 2018, late in 2019 sex worker activists and their allies got Rep. Ro Khanna (D–California) and Rep. Barbara Lee (D–California) to introduce HR 5448, the SAFE SEX Work Study Act (an acronym for the SESTA/FOSTA Examination of Secondary Effects of Sex Workers Study, or SSWSA). The same bill was introduced in the Senate, (S 3165) by co-sponsors Elizabeth Warren (D–Massachusetts), Ron Wyden (D–Oregon) and Bernie Saunders (I–Vermont).

The SSWSA will help policy makers and legislators understand the effect that FOSTA-SESTA has had on the health and safety of persons involved in the domestic sex trade. When passed, it will fund research to document what happens when sex workers are deprived of the ability to use online harm reduction strategies, such as client screening, negotiation and information sharing. It will assess outcomes across populations and locations of barring the internet from sex workers as a legitimate tool of their work. Finally, the SSWSA will take a deep look at different sex worker subpopulations and the disproportionally high rates of violence and discrimination they experience.

We need to get SSWSA passed for the same reason we needed to get the Ryan White CARE Act (and lots of other HIV legislation) passed: because people are dying without it.

FOSTA-SESTA is our government telling us that sex workers’ lives are not worth protecting. Whatever stigma and loathing that we have been able to lift from the backs of people with HIV since the ’80s has now been shifted onto the back of sex workers—the pariahs du jour.

The HIV world, of all people, should not tolerate this. As Coleman puts it, “My life has already been hard...trying to survive in this world. We need [SSWSA] just to be safe. We’re human, too.”

Anna Forbes has been working in HIV since 1985. A writer and consultant, her primary focus now is on integrating sex workers’ rights into our current HIV response.

This commentary originally appeared on poz.com.