Leaving behind struggles with COVID-19, there was a lot of great news for HIV treatment and prevention presented at AIDS 2020: Virtual.

An injectable drug in development for HIV prevention was reported to be 66% more effective than a prevention pill already on the market.

That may not be saying much, however, since the other drug is already highly effective at preventing HIV. But as a new drug that’s both highly effective and taken very differently, it could make a huge difference in fighting HIV.

“The context of this study is that despite remarkable efficacy of daily oral TDF/FTC [Truvada] to prevent HIV infections in diverse transmission contexts and populations, its public health impact has not delivered uniform benefits to all populations,” said Raphael Landowitz, co-director of the UCLA Center for Clinical AIDS Research and Education (CARE). “Those disproportionately affected by HIV are the same populations that have not found equal access, uptake, adherence, and persistence to oral tablets for pre-exposure prophylaxis [PrEP].”

“Unfortunately, due to delays in complexity and sample shipping and laboratory activities in the setting of global SARS-CoV-2 pandemic, I do not have drug concentrations nor resistance testing results from any of the incident or prevalent infections found in HPTN 083 here to present to you today,” Dr. Landowitz reported.

There were 52 HIV infections—13 in the CAB-LA group and 39 in the group taking Truvada. This represented an HIV incidence rate of 0.41% for CAB-LA, and 1.22% for Truvada.

More than 4,570 participants are in the study, from 14 trial sites around the world.

The clinical trial enrolled a diverse population of cisgender men and transgender women who have sex with men. Two-thirds of participants were under the age of 30. Nearly 13% were transgender women. Half of the participants from the United States identify as Black or African American. Study sites were in North and South America, Asia, and Africa—Argentina, Brazil, Peru, South Africa, Thailand, the U.S., and Vietnam.

HPTN 083 protocol co-chair Beatriz Grinsztejn, MD, PhD, said, “A long-acting injectable for PrEP that does not require adherence to an oral daily pill is a great addition to the HIV prevention toolbox. Prevention strategies have never been one-size-fits-all.”

Responding to the study’s report, Mitchell Warren, executive director of the HIV prevention advocacy group AVAC, said in a press release, “We need options that will work in people’s lives, we need existing daily PrEP delivered at scale now, and we need multiple additional PrEP options to address diverse needs. CAB-LA, the dapivirine vaginal ring, and future products that show efficacy must be brought to market as quickly as possible.” 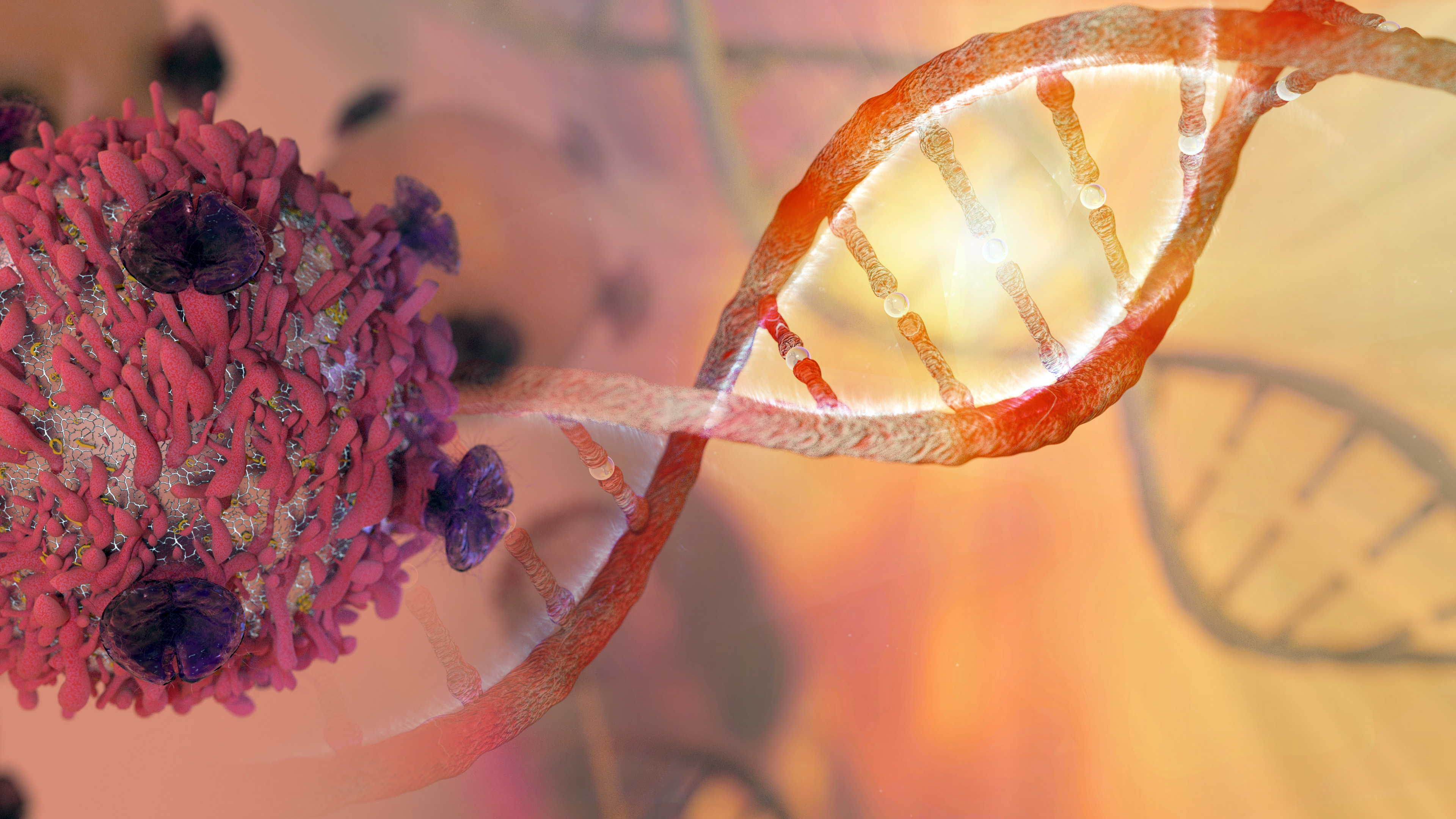 A Brazilian man appears to be the first adult to achieve long-term remission of HIV without first having received a bone marrow transplant. The case raised the possibility of a cure.

At the time of the IAS report, the man had been in remission for 64.7 weeks. He was off treatment for that time and HIV could not be found.

The man was diagnosed with HIV in October of 2012. Two months later he went on HIV treatment with TDF/FTC/EFV. The triple-drug combination available in one pill taken once a day is available under various brand names in other countries. (There are similar drugs available in the U.S., of which Atripla comes the closest.) He achieved and has maintained an undetectable viral load since then.

At the time of his diagnosis, he had a CD4 T cell count of 372 and a viral load of 20,221, indicating that he had a chronic (not recent) infection.

In this cure clinical trial he was one of five individuals whose HIV therapy was “intensified.” Participants were also given 500 mg nicotinamide (NAM), a form of vitamin B3, twice a day. He continued taking his antiviral treatment, but with the NAM and the HIV medications dolutegravir and maraviroc added to his regimen.

In brief, NAM is a compound with anti-latency properties for HIV—it helps flush HIV out of hiding places (latent sites) in the body, where medications can’t “see” it and thus destroy it. It also boosts the immune system. It can, however, be toxic, so don’t try this on your own.

Maraviroc was used because of its potential anti-latency properties as well.

The Brazilian patient stopped all therapy on March 28, 2019 as part of an analytic treatment interruption (ATI). He had tested undetectable for HIV DNA in his peripheral blood mononuclear cells (PBMCs) before his ATI. HIV DNA had tested low positivity at baseline and at 48 weeks for his PBMCs and rectal biopsies.

As of February 3, 2020, results of his EIA test (also known as an ELISA test) remain negative. The test looks for HIV antibodies, the body’s immune response to the virus. Basically, he’s testing HIV-negative. Other measures also indicate that he’s in remission for HIV.

His last viral load as of the time of the conference was on June 22.

Information on other participants in the study was not provided, but they did not achieve the same results.

Dr. Ricardo Diaz of the Federal University of São Paulo presented the report.

Press conference moderator Monica Gandhi, MD, MPH, of the University of California, San Francisco, noted that data are needed for more than one patient in remission, that this patient needs to be followed longer, and that it would be good to know how long he had been infected with HIV.

There was relief at the latest news about birth defects previously observed with the HIV medication dolutegravir (DTG). In the latest analysis, dolutegravir was not associated with an increased risk of neural tube defects (NTDs), which are birth defects of the brain, spine, or spinal cord.

Two earlier reports had shown an increased risk of neural tube defects when using dolutegravir around the time of conception compared to other antiretrovirals. Now, more data after a longer period of time were able to demonstrate that the risk was not greater.

Furthermore, the risk was stabilizing to a rate equal to that of the other antiretrovirals.

Dolutegravir is a first-line HIV treatment for pregnant women in guidelines from WHO and the U.S. Department of Health and Human Services (HHS).

The data came from the observational Tsepamo study in Botswana, a large birth outcomes study that began in 2014, funded by the U.S. National Institute of Child Health and Human Development (NICHD).

“These preliminary findings led to warnings from FDA [U.S. Food and Drug Administration] and EMA [European Medicines Agency], and stalled the plan for a roll-out of DTG and really adversely impacted treatment options for women living with HIV around the world,” said Dr. Nash.

“At IAS in Mexico City last year,” she continued, “Tsempamo reported out updated analysis using data from the beginning of the study through March of 2019 with a total of 5 neural tube defects in 1,683 exposures to DTG at conception a prevalence of .3%, or about 3 neural tube defects per 1,000 births. And although this was much lower than the initial report it still remained higher than the comparator groups. The Tsempamo study continued, so now we’re able to report on 13 additional months of data with a total now of more than 158,000 births up through April of 2020.

In response to a question about supplementation with folate, Dr. Nash said, “I think folate supplementation is a no-brainer. If we care about preventing neural tube defects, we know that supplementing with folate, especially putting it into food, so that everybody gets it preconception, will reduce neural tube defects by at least 50%. So that needs to happen everywhere. We’ve been a huge advocate for that. It’s been really slow to develop in a lot of countries.”

She also noted the problem of excluding pregnant women from studies. “I think if there’s really one thing that Tsempamo and the DTG story has taught us is that women aren’t a niche population in HIV. They make up half of the people living with HIV and maintaining gender equity in HIV treatment outcomes really requires pregnancy safety data. This is an important lesson not just for future HIV treatments like two-drug therapy and long-acting injectables and bNABs, but also for coronavirus, which also impacts women of reproductive age, and if we don’t include pregnant women in therapeutic and vaccine trials for COVID-19 we really aren’t protecting women. We’re failing them.”

“Oral PrEP is highly effective for HIV prevention, but we need better lower-barrier approaches for delivery in sub-Saharan Africa,” said Catherine Koss, MD, of the University of California, San Francisco.

Rather than wait for people to come to a clinic for PrEP, the SEARCH study research team used community-based HIV testing fairs to offer the prevention pill to those they considered at greatest risk for acquiring the virus.

“HIV testing is the entry point for PrEP and community-based HIV testing is an alternative to testing in health facilities that is more accessible for groups like young adults,” said Dr. Koss. “Community testing can also provide an opportunity to offer and engage people in taking PrEP. We offered a low-barrier model for PrEP delivery during community-wide HIV testing in 16 communities in the SEARCH study in rural Kenya and Uganda.

“To do this we offered universal access to PrEP. We have an inclusive approach to PrEP eligibility for individuals in sero-different partnerships, those identified by an HIV prediction tool, and those who self-identify as being at risk for HIV. We provided same-day PrEP start on site during the community-wide testing at health fairs and then we provided a flexible care delivery model with follow-up visits at clinics or community-based sites where people could receive repeated HIV testing and PrEP refills.”

“We think that these results show that in generalized epidemic settings, offering universal access to PrEP can reduce HIV incidence,” said Koss. “And moving forward, having comprehensive HIV testing with linkage to treatment and prevention, including PrEP, with flexible service delivery, is a promising approach to accelerate reductions in new infections.”

Koss was asked about the incidence difference between men and women.

“In terms of the reductions in incidence that we saw among women,” she replied, “we think that this really adds to the accumulating evidence from open label studies that PrEP is effective, that it works for women, and that women want to take it. So, this adds to the data that says PrEP works. We found that among men there were only eight seroconversions, so we saw a reduction in incidence that was not statistically significant, potentially due to limited [statistical] power to detect a difference there. We may have actually seen less of a difference in incidence in men because of a slightly lower PrEP coverage in that group, when we look at how people followed up for refills and reported adherence over time. We think, finally, that having a flexible model for PrEP delivery in this case may have also helped, and allowed women to match periods of PrEP use with periods of risk. We found that many individuals—far more than half—in this study stopped PrEP use at some point during the study, and half of them restarted PrEP. So that flexibility may have been important as well in the incidence results we saw.”