The Stories of Our Lives 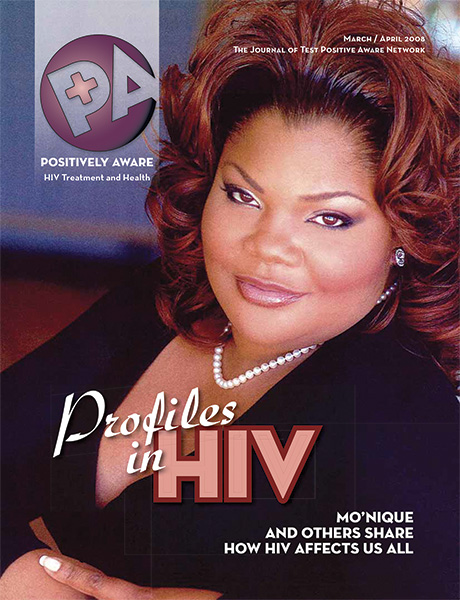 These and other stories remind us of our failings and our successes and sometimes tug at the heart.

Our stories are incredibly important, not only to remember and honor our history, but also as a map to help guide us forward, lest we repeat the mistakes of our past.

In this issue you’ll hear from Ross Slotten, MD, who chronicles his life as a gay physician in Chicago from the 1980s to current day in his new memoir, “Plague Years: A Doctor’s Journey through the AIDS Crisis.” Slotten’s unflinching look at his own life during a pandemic help shed light on our current crisis with COVID-19, and offer hope in a time of uncertainty and change.

S. Mandisa Moore-O’Neal in her first article for POSITIVELY AWARE poses the question, “What does abolition have to do with HIV decriminalization and modernization?” and offers up some thought-provoking answers.

These and other stories remind us of our failings and our successes, and sometimes tug at the heart. The following originally appeared in the December 1989 issue of TPA News, the forerunner to POSITIVELY AWARE. My husband came across some old issues of PA the other day while cleaning out a closet. I read this and wept. In honor of 30 years of publishing POSITIVELY AWARE, I’ve decided to rerun an edited portion in this column, just as I did in the March+April 2008 issue. Some stories are worth repeating.

‘It Was Your Love That Got Me By’

Thom Hudson helped begin TPA [TPAN] in the summer of 1987 and served on our first Board of Directors. In September of [1989], he spoke at TPA during our program on “HIV and AIDS Anniversaries.” That was four years after he learned he was HIV positive and 16 months after his first bout of pneumonia. After an autumn of mixed health, Thom died on October 19th [1989], surrounded by those he loved and who loved him. Here is a transcript of portions of his comments just five weeks earlier.

It was the beginning of ’85 when my lover Dale was diagnosed with AIDS. I knew, then and there, that I was positive also.

Lots of people have asked “is it like sitting around, waiting for something to happen?” Well, yes, but I never really dwell on it. And I didn’t. I just kept going and doing everything I wanted to do. I travelled more. That’s why so many folks don’t see me and think I’m a millionaire because I’m always out of town. Don’t talk about it, DO it. Just get up, get on a plane, train, bus and GO; you won’t regret it. Any of you can do it.

Many times I didn’t attend meetings because I just didn’t have the energy. You come home after trying to do different errands during the day and you’re huffin’ and puffin’ after trying to get up the stairs. But these things you have to expect; you can’t let them hold you back. Don’t use them as excuses. There’s no such thing as a good excuse.

When I was HIV+, I did not live in dread. I figured “whenever it happens, it will happen.” I think it helped me, it encouraged me. I still remember the day we knew Dale was diagnosed with AIDS, I turned to him and said “for some reason I’m gonna be a better person by the time this is all through.”

Dale only lived 18 months after his diagnosis. But I still believe that, because I know that’s the way it is in my life. I mean, look at this! Look at all of us sitting here tonight. That’s bad? No, that’s good. Think of all the good, all the love here.

I always like to mention this because deep down I’m really proud of it. There’s quite a few of you here, in fact, whose mouths used to drop wide open when we talked about this:

A couple years ago when I did orientation my

Get over it. Numbers aren’t everything. I’ve had three T cells for the last six months. I’ve named them after the Three Stooges: Mo, Larry and Shemp. (I always like Shemp better than Curley.) It’s what’s up here in your head, and here in your heart, that really counts.