The low-down on inflammation from an HIV doctor 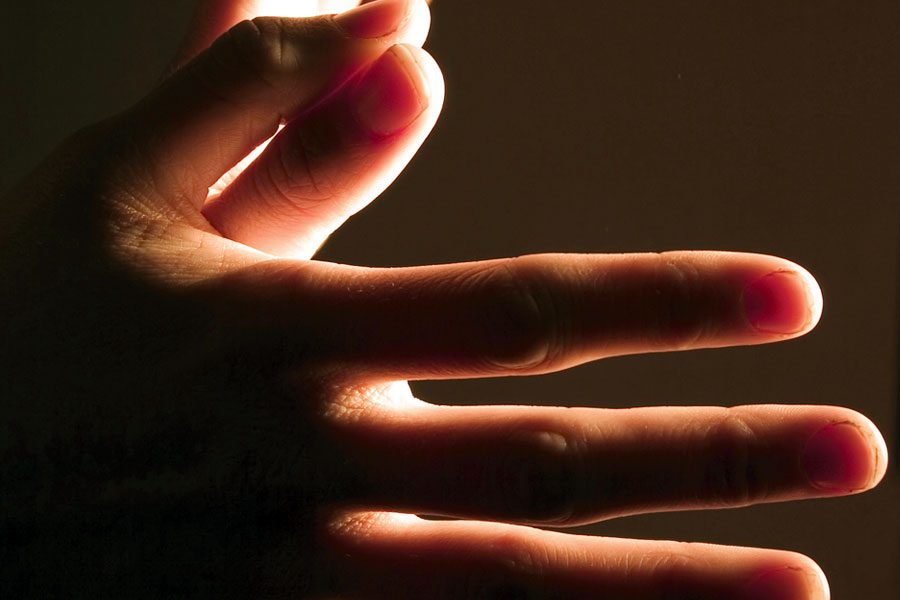 When doctors discuss inflammation, we usually end up wildly waving our hands around as we talk. I like to call this the international sign language for inflammation—it’s the same no matter who you talk to and it really captures just how little we really understand about why inflammation happens and what its long-lasting effects can be.

Inflammation is the generic term for the body’s response to injury. During injury, the immune system—our body’s defense system—activates a complicated network of cells and chemical signals. Acute inflammation, immune activation that’s rapid and self-limited, is essential for healing. But chronic inflammation, immune activation that continues even after the initial injury is gone, is problematic. Chronic inflammation is like a volume control knob on a stereo being stuck—with the volume turned all the way up.

Here’s what happens when you get a paper cut, for instance. Injured skin cells sliced open by the offending paper edge send out chemical SOS signals. These chemical messengers act locally, causing blood vessels near the wound to dilate and more blood to flow to the area. Chemical messengers also circulate in the blood to attract white blood cells—the warrior cells of the immune system—to the injured area. When the white blood cells arrive, they send out their own chemical signals, to create a cascading immune response to the injury. The end result of this process is healing.  A blood clot is formed, scar tissue is laid down and infection is prevented. At the end of this process, other chemical messengers turn off the immune response leaving the immune system free to respond to the next injury.

Chronic inflammation happens when the immune system doesn’t turn off after an injury or triggering event is over. We don’t have a cohesive, comprehensive way to measure inflammation as a whole yet, but we can measure separate “inflammatory markers,” or chemicals released by cells during the process of inflammation. Some of the main ones being studied right now include C-reactive protein (CRP), D-dimer, fibrinogen, Interleukin-6 (IL-6) and Interleukin-8 (IL-8), but there are many, many more.

Inflammation is linked to just about every bad thing that can happen to our body—cancer, heart disease, liver and kidney failure, dementia and autoimmune disease (just to name a few). A few years ago, HIV specialists and researchers started talking about inflammation more and more. We noticed that people living with HIV—even those successfully treated with combination antiretroviral therapy (ART)—had higher levels of inflammation than HIV-negative people. And, even though our patients weren’t getting opportunistic infections anymore, they still had higher rates of heart disease and non-HIV-related cancers higher than the general population.

This isn’t to say that ART has no effect on inflammation for people with HIV. We know from the SMART study that people with HIV are able to reduce the levels of some inflammatory markers, like CRP, with continuous ART. ART can decrease inflammation—it just doesn’t make it completely go away. We also know from the SMART study and the recent START study that continuous ART treatment decreases risk of both HIV-related events and non-HIV-related events such as cancer and heart attacks.

While we’re still not completely sure why people with HIV have chronic inflammation even when their viral load is under control, Steven Deeks, MD, an HIV researcher at the University of California, San Francisco, suggested these reasons during a presentation made at an International AIDS Society Conference:

So if you’re worried about inflammation, what can you do?

Quit smoking. Just about every study shows that inflammatory markers go up in people who smoke.

Pay attention to your diet. Try and get at least 5 servings per day of fruits and vegetables. Reduce the amount of refined sugar that you eat. You can get some recommendations on how to eat an anti-inflammatory diet at drweil.com/drw/u/ART02012/anti-inflammatory-diet.

Get plenty of exercise. If we had a drug that had all the benefits of exercise, it would be a best seller.

Cut out recreational psychostimulants. Cocaine, methamphetamine and ecstasy all appear to promote inflammation, especially within the brain.

Keep your HIV well-controlled. HIV treatment also plays a role in reducing inflammation. While many people worry about the toxicity of HIV medications, it’s important to keep in mind that the virus itself is toxic to every organ in the body. Early treatment also helps, too. We know that the lower a person’s CD4 count is before they begin treatment, the more slowly and less well it bounces back when ART is started. Low CD4 counts are correlated with an increased risk of sickness and death from non-HIV related causes.

Some studies have shown that you can increase CD4 counts with immune-boosting therapies—also called “therapeutic vaccines”—or the HIV drug maraviroc. Other studies have tried to “turn down” immune system activation using chemicals like interleukin-2. Unfortunately, none of these studies have produced significant health benefits for people.

To sum up, inflammation is beneficial when it’s part of the body’s early response to injury and problematic if it never goes away. For many reasons, people with HIV have higher levels of inflammation than people who are HIV-negative, and this is linked to health issues like cancer and heart disease. We still have a lot to learn about what causes inflammation and how best to treat it but, in the meantime, people with HIV can lower their risk by eating healthily, staying active and taking good care of themselves.

Reprinted with permission of BETA. Read more online at betablog.org.

Joanna Eveland, MD, is an HIV treatment specialist in San Francisco. She oversees HIV and homeless services as the Clinical Chief for Special Populations at the Mission Neighborhood Health Center, is a faculty member at the University of California, San Francisco Clinician Consultation Center, and leads a bi-monthly health education group for HIV-positive men through the San Francisco AIDS Foundation. Dr. Eveland received her M.S. and M.D. at the University of California, Berkeley-UCSF Joint Medical Program and completed her residency at the Contra Costa Family Medicine Residency Program.