The value of HIV treatment in helping to curb new infections, “on average,” doesn’t seem to be affected by STIs, according to a review of 14 studies with nearly 3,000 individuals. Historically, STIs are recognized as causing greater infectivity. Read the report published June 30 in BMC Infectious Diseases at biomedcentral.com/1471-2334/15/249.

That’s the conclusion of a George Washington University study looking at syringe exchange in Washington, DC, published online September 3 in AIDS and Behavior. The study estimated that the program, started in 2007, cut new HIV cases by 70% in two years and saved $44 million to boot. Read the HealthDay News story about the study at nlm.nih.gov/medlineplus/news/fullstory_154470.html.

Listen to the interview “Growing Up with Hemophilia, HIV and Tigers” on public radio, in which Craig McLaughlin talks about his new memoir, Passing on Curves While Death Rides Shotgun. Go to wcqs.org/post/growing-hemophilia-hiv-and-tigers#stream/0.

In August, Gilead Sciences applied to Canadian authorities for approval of Truvada for PrEP. To date, the United States is the only country that makes the medication available for HIV prevention in addition to HIV treatment.

A new version of an older HIV drug has met its primary research objective for safety and efficacy.

In September, Gilead Sciences announced the results of an advanced Phase 3 study comparing tenofovir DF (TDF) with the new tenofovir alafenamide (TAF). At one year, there were similar rates of efficacy shown in undetectable viral loads (under 50 copies), 94% for TAF takers vs. 93% for those on a TDF regimen.

There was, however, a statistically significant difference in bone mineral density (BMD) at the hip and spine and change in a measure of kidney function (estimated glomerular filtration rate, or eGFR). TDF has the potential for toxicity to bone and kidneys, and TAF was created to overcome these problems.

“For more than a decade, Truvada [containing TDF] has been a cornerstone of HIV therapy, and the results of this and other recent trials demonstrate the potential of F/TAF [the new version of Truvada] to become a next-generation backbone,” said Norbert Bischofberger, PhD, Executive Vice President, Research and Development and Chief Scientific Officer for Gilead Sciences, in a press release. “The results from this study reinforce the efficacy, as well as the renal and bone safety advantages of TAF for patients who face a lifetime of treatment.”

There were 663 patients in the ongoing study, some of whom were switched from a TDF-containing regimen to one using TAF instead. See more on switching to TAF on page 37.

A newer version of Stribild containing TAF instead of TDF (E/C/F/TAF) is awaiting approval and is expected to arrive in early November.

In September, the World Health Organization updated its HIV treatment guidelines to recommend antiviral therapy for all as soon after diagnosis as possible. In a press statement, the organization reported that, “With its ‘treat-all’ recommendation, WHO removes all limitations on eligibility for antiretroviral therapy (ART) among people living with HIV; all populations and age groups are now eligible for treatment. The expanded use of antiretroviral treatment is supported by recent findings from clinical trials confirming that early use of ART keeps people living with HIV alive, healthier, and reduces the risk of transmitting the virus to partners.” The organization also now recommends providing prevention with PrEP to people at “substantial” risk of HIV. Go to who.int/mediacentre/news/releases/2015/hiv-treat-all-recommendation/en.

PrEP should be offered

The Lancet of September 9 published final results of an important study with PrEP (pre-exposure prophylaxis, or prevention). The pilot phase of the PROUD trial looked at real-world effects of using once-daily Truvada for PrEP (see May+June 2015). “In this high incidence population, daily [Truvada] conferred even higher protection against HIV than in placebo-controlled trials, refuting concerns that effectiveness would be less in a real-world setting,” the research team concluded.

“The time for cautionary speculation is over: HIV prevention services should be expanded worldwide by offering PrEP routinely to those who could benefit,” concluded two U.S. doctors in a separate commentary providing an overview of PrEP history (Kenneth H. Mayer, MD, of Fenway Health and Harvard Medical School in Boston and Christopher Beyer, MD, of Johns Hopkins University and president of the International AIDS Society, or IAS).

Half of gay men in the United States using dating apps have interacted with a man using daily Truvada for HIV prevention—read the aidsmap report by Roger Pebody at aidsmap.com/page/2996161/?utm_source=NAM-Email-Promotion&utm_medium=aidsmap-news&utm_campaign=aidsmap-news.

People with HIV can share words, pictures, or videos on the website Your Story, Your HIV Wisdom. Launched in September by Janssen Therapeutics, the site donates money to AIDS United and the Black AIDS Institute for contributions that are made. Guy Anthony, Maria Mejia, and Josh Robbins serve as advisors to, and moderators of, the site. Go to ShareHIVWisdom.com.

Health care provider Kaiser Permanente reported seeing no new HIV infections in real-world medical practice after more than two years of providing PrEP, in one of the first and largest published evaluations of the prevention strategy outside of a clinical trial. This was despite the fact that PrEP users experienced other STIs. “Our study is the first to extend the understanding of the use of PrEP in a real-world setting and suggests that the treatment may prevent new HIV infections even in a high-risk setting,” said lead author Jonathan Volk, MD, MPH, a physician and epidemiologist at Kaiser Permanente San Francisco Medical Center, in a press release. “Until now, evidence supporting the efficacy of PrEP to prevent HIV infection had come from clinical trials and a demonstration project.” The study was published September 2nd in Clinical Infectious Diseases. Read the full text at cid.oxfordjournals.org/content/early/2015/09/01/cid.civ778.abstract.

In August, the FDA added a pediatric dose for Edurant (rilpivirine). It can now be used by pediatric patients ages 12 to 18 who have never taken HIV therapy before. As with adults, their viral load cannot be above 100,000.

“Depressive disorders” (depressed mood, depression, dysphoria, major depression, mood alterations, negative thoughts, suicidal ideation, and suicide attempt) are a known side effect of Edurant. The FDA reported that, “Patients with severe depressive symptoms should seek immediate medical evaluation to assess the possibility that the symptoms are related to Edurant, and if so, to determine whether the risks of continued therapy outweigh the benefits.” Advanced Phase 3 studies found a 9% rate of depressive disorders (vs. 8% for Sustiva, found in Atripla), but the study of pediatric patients found a rate of 19.4% (seven out of 36 participants). As with adults, most cases were considered mild or moderate.

There was also information added to the drug label about adrenal changes of unknown clinical significance.

What is high risk? 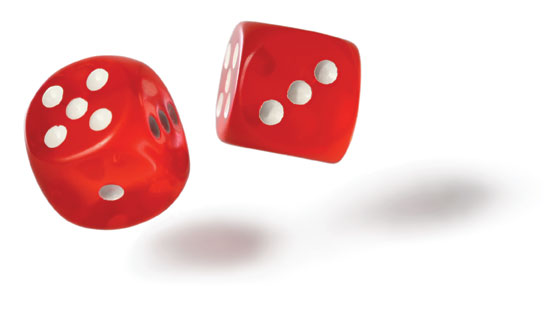 Groups with behaviors that are high risk for HIV transmission do not necessarily have a higher rate of infection. In San Francisco, researchers looked at MSM (men who have sex with men), people who inject drugs (PWID), and “high-risk” heterosexuals (HRH): women of color and people living in poverty. The heterosexuals had a greater number of high-risk behavior compared to the two other groups, but the lowest HIV prevalence. “Focusing on risk behavior alone to label populations without considering the background HIV prevalence in communities, the types of risks engaged in and actual HIV infections may obscure which populations truly merit the label ‘high-risk’ for HIV infection,” wrote the research team in AIDS and Behavior. Go to link.springer.com/article/10.1007%2Fs10461-015-1181-0.

Author’s note: HIV prevention activist Jim Pickett says that words like “at risk” and “high risk” are stigmatizing in and of themselves, and thus separate people from prevention efforts. He suggests using the word “vulnerable.” The HIV service organization Test Positive Aware Network (TPAN), the publisher of POSITIVELY AWARE, long ago gave up using the terms (when promoting PrEP, for example) because people could not identify with them, and were lulled into a false sense of security. Moreover, the idea that it’s your community—not necessarily your behavior—that can put you at risk, a concept that is bolstered by research, appears to be widely unrecognized by people who are particularly vulnerable to HIV.

A jury awarded an 85-year-old man and his wife $4 million after he was infected with blood containing HIV during open-heart surgery. Read more at montgomeryadvertiser.com/story/news/2015/09/09/couple-awarded-million-husband-given-hiv-tainted-blood/71963566/. 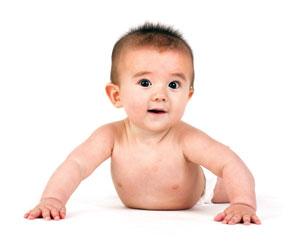 Infants exposed in the womb to the HIV medication tenofovir DF (TDF, brand name Viread, also found in Truvada, Atripla, Complera, and Stribild) may have lower bone mineral content than infants exposed to other antivirals, the National Institutes of Health (NIH) reported in September.

“At this point, we can say that those who care for pregnant women with HIV and their children should be aware that prescribing tenofovir to pregnant women could be a concern for their infants’ bones,” said George K. Siberry, MD, the lead author of a study finding that a 12% lower bone mineral content in babies whose mothers received TDF in their third trimester. The study was published in Clinical Infectious Diseases. Read more at nih.gov/news/health/sep2015/nichd-30.htm.

In October, the FDA approved the hepatitis C medication Olysio for use by patients with HIV as well as those who have genotype 4 hep C virus. Prior to the approval, these patients could use Olysio off label (without official approval). The dose for these patients, however, is with interferon and ribavirin, a combination that is not recommended by hepatitis C treatment guidelines. Most people take Olysio with another hep C medication, Sovaldi. For more information, go to olysio.com.