A look in the poster hall

One of the most interesting parts of CROI is the poster exhibition hall. Over 1,000 poster abstracts are displayed over three days, and you can stroll through and speak with the study authors about their findings. Here are just a few that caught my eye.   —Jeff Berry

Many people living with HIV have a zinc deficiency, which has been linked with disease progression and an increased risk of death. Sahera Dirajal-Fargo and colleagues at Case Western Reserve and University and Rainbow Babies and Children’s Hospital in Cleveland, Ohio, randomized 52 individuals to receive either zinc gluconate capsules 45 mg (low-dose) or 90 mg (high-dose) elemental zinc daily for 16 weeks. The goal was to evaluate the effect of zinc supplementation on inflammation and monocyte activation in ART-treated HIV. Participants in the low-dose arm were significantly older (54 vs. 47 years). Overall, biomarkers decreased when the arms were combined, and reductions “were meaningful with large effect size” according to study authors. In conclusion they stated that zinc supplementation is safe and effective at increasing zinc levels in participants who are HIV-positive and on effective ART; that it decreases biomarkers known to be abnormally elevated in this group; and “in treated HIV [zinc supplementation] has the potential to be an effective agent in decreasing microbial translocation and improving gut epithelial barrier dysfunction.”

Weight gain following initiation of antiretroviral therapy (ART) occurs with all modern regimens. Recent reports from small studies suggest that integrase strand transfer inhibitor (INSTI)-based ART may be associated with excess weight gain. In a cohort of adults with HIV on suppressive ART and long-term observational follow-up after participation in ACTG interventional trials, participants had to have enrolled in one of two ACTG studies (A5001 or A5332) between 2007 and 2017, switched to INSTI-based ART during follow-up, and then followed up to two years before and after switching to an INSTI in those whose viral load was less than 200 copies/mL at the time of switch.

For more information go to CROIconference.org to view a webcast of a Wednesday, March 6 themed discussion titled, “Weight Gain During ART,” or enter “weight gain” into the search bar for more posters on the topic.

Another ACTG study, A5322 or HAILO (HIV Infection, Aging, and Immune Function Long-term Observational Study) is a longitudinal, observational study of 1,035 PLWH who were over the age of 40 at the time of enrollment.

Study author MC Masters and colleagues point out that “slow gait speed is an established predictor of functional impairment and mortality in older adults. Persons living with HIV (PLWH) exhibit accelerated decline in physical function and high rates of frailty. The goal of this study was to identity characteristics associated with development of impaired gait speed in older HIV-infected adult HAILO participants.”

Study authors concluded that “increased levels of hemoglobin A1C, NCI, and black race are associated with gait speed decline among PWH; persons with these characteristics may benefit from early gait speed screening and intervention.” 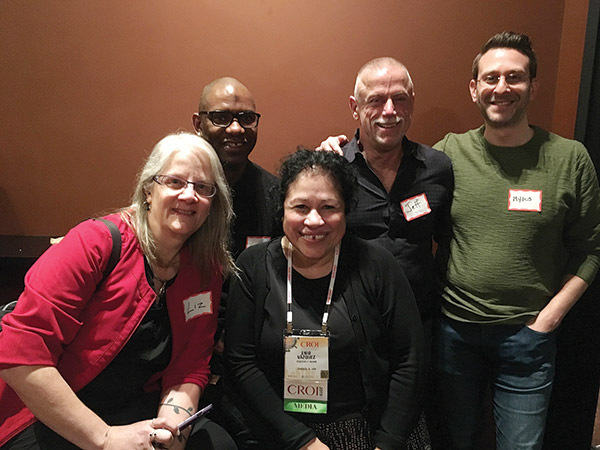