How women of color living with HIV helped win the election

Building on the power of the HIV community, Vote Positive USA is ready for more
By JD Davids Mar 13, 2021

On the night of November 3, 2020, the polls were just starting to close and a weary nation awaited the results of a deeply contentious election in the midst of an escalating pandemic. But the leaders of Vote Positive USA (VPU)—primarily Black and Brown cisgender and transgender women living with HIV—gathered online with a sense of well-earned victory, knowing that no matter what the outcome, their year-long efforts to build and focus the power of communities most affected by HIV had been a massive success.

“It’s been a wonderful day,” said LaTonya Roby in Atlanta, speaking on a Facebook Live video featuring VPU organizers from Colorado, Georgia, Pennsylvania, and Texas [bit.ly/Vote-Poz-Debrief]. “I’m super excited. We’ve actually been phone banking thousands and thousands of people for weeks, we’ve been just trying to get out the vote, and we’re pretty excited about what we were able to accomplish. Today we spent 12 hours at the polls, from seven to seven.

“The thing that I’m most excited about is that we had so many new people who volunteered, who had never worked the polls before… So, they had a chance to get their feet wet. And these are our future leaders, so I was excited about their excitement, and just the prospects of what we can accomplish in Georgia, and the groundwork that’s been done… We had a great time,” said Roby. 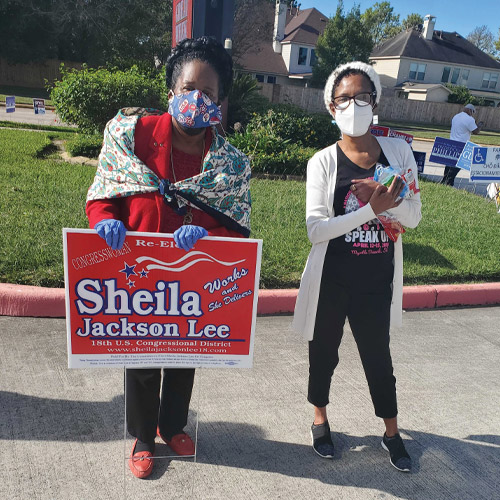 The excitement felt by VPU organizers was further bolstered by the massive numbers of people whose lives they touched over a year of organizing. According to a statement released by VPU right after the video session, their team had canvassed nearly half a million voters through phone banking, texting, and other efforts. They helped people to register to vote and make plans for mail-in or early voting, ensured that folks could get to the polls, and even participated in poll site monitoring in some of the states most anticipated to determine the results of the presidential election.

“We’ve been hitting the ground running since the beginning of [2020], before coronavirus even came into our lives,” said Teresa Sullivan, a Philadelphia-based VPU organizer. “We were door knocking and registering people to vote, giving people the information they needed. People’s anxieties were high even before coronavirus, because they were still feeling the impact of what happened in 2016.” 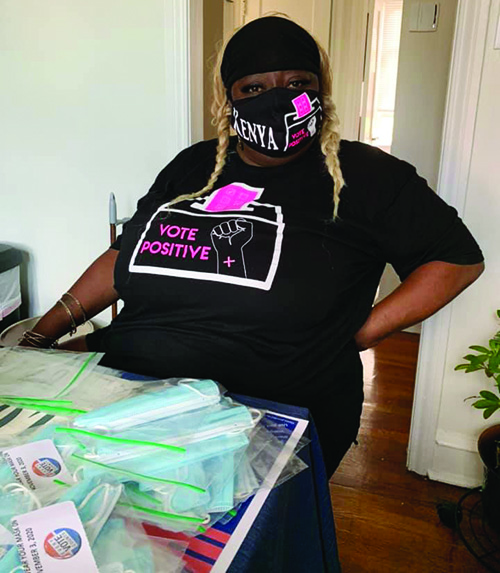 Even when the COVID-19 pandemic struck, Sullivan detailed the persistence of the VPU team, explaining that “we switched gears real quickly, we did what we needed to do. Wasn’t messing around. We have a strategy that’s in place here on hand here in Pennsylvania because we are a battle state in this election.”

Like other VPU organizers across the country, the Philadelphians’ effort intensified on Election Day. “We even had people on the ground, poll watching in the primary and tonight as well. We were answering questions in real-time, things that were happening at the polls in Pennsylvania, and making sure that we were addressing them and putting out alerts about what was going on at polls… People have that hotline [phone number] so that they’re in the line and if they said, ‘Well, you can’t vote, we don’t see your name,’ they can make their phone call right then and there.”

As we enter 2021, people living with HIV and their loved ones have perhaps guarded but real hope for the way forward. The incoming federal administration has vowed to tackle the massive COVID-19 pandemic and to renew efforts to sustain and extend access to health care that is vital to ending the HIV epidemic. And—unlike the Trump administration’s predominantly white and cisgender male Cabinet—the Biden/Harris team says they will staff their agencies with a diverse team that “looks like America,” including members of communities most affected by HIV that look like the ranks of VPU—LGBTQ people, people of color, and people with disabilities.

The terrain ahead will not be easy, but VPU is ready to continue to stay focused on building the power of the HIV community. Naina Khanna, Director of Vote Positive USA, delivered a rousing call to sustain their efforts:

“We do this work because we understand that as people living with HIV, our destiny, our fate, our human rights, and the dignity of our people… all of that is directly impacted by political leaders who are making decisions about our lives every day. And we understand that elections are not the be-all and end-all—we organize every day, all year round, 365 days a year… but we also understand that elections and electoral politics are one lever of power to build long-term community power for our people, our Black and Brown folks, low-income folks, LGBTQ folks, people who are at the intersection of many different forms of marginalization and oppression.

“Our people are powerful, and they have demonstrated their power and they showed their power, all throughout this election cycle and we are so proud of them,” she concluded.

In the lead-up to the January 5 run-off election in Georgia for the state’s two U.S. Senate seats, VPU partnered with Women Engaged, an Atlanta-based nonprofit organization led by Black women, to do voter engagement. Volunteers were recruited by VPU for Women Engaged’s phone and text banks to register new voters. 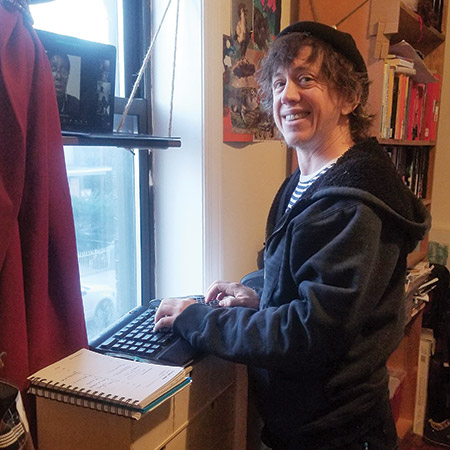 JD Davids is a longtime HIV movement strategist and writer who is creating the Cranky Queer Guide to Chronic Illness and can be found @TheCrankyQueer. He is a member of the What Would an HIV Doula Do collective and is a board member of ME Action.

Disclosure: The author has volunteered for Vote Positive USA and worked on two small contracts to provide written materials.