We have a basic, fundamental need as humans to connect 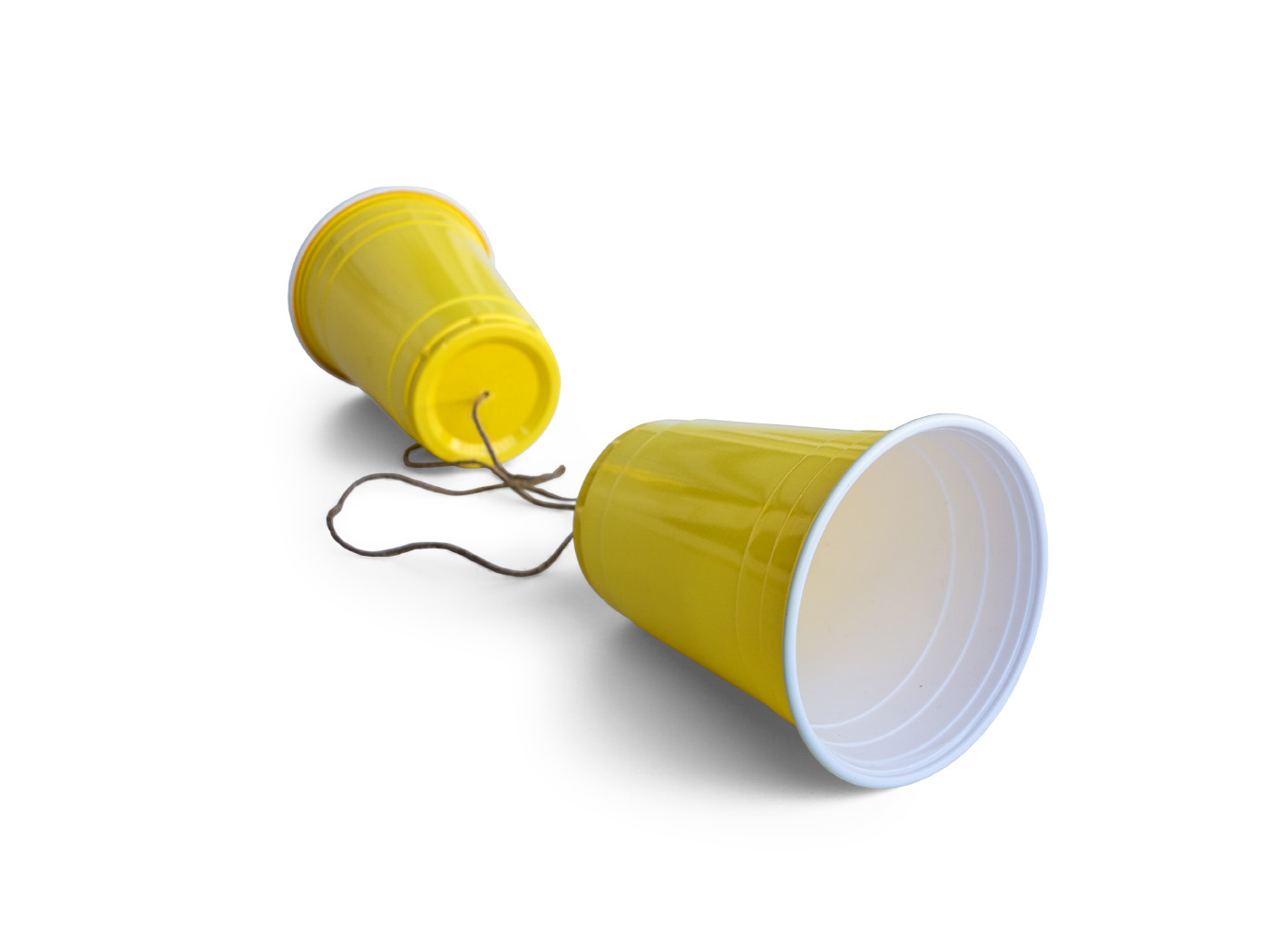 When I first started seeing the news reports coming out of China and Italy, it felt like I was trapped in a nightmare and couldn’t wake up. Reading the accounts from doctors who were fighting on the frontlines and risking their lives was surreal. When news arrived in early April that the first physician in the U.S. had died, Frank Gabrin of New York, 100 doctors, nurses, and providers around the globe had already lost their lives, mostly from Spain, Italy, and China. There are now over 500 health care workers on that list, which is likely incomplete. Gabrin, who was 60, died at home in the arms of his husband, Arnold Vargas, whom he called Angel, after being sick for nearly two weeks. He had been using the same N95 mask for four days in a row due to a lack of personal protective equipment (PPE).

One of the cruelest things about COVID-19, the disease caused by the SARS-CoV-2 virus, is that people often die alone, with no one by their side to comfort them or hold their hand. To make matters worse, families aren’t able to gather to honor the lives of their loved one.

As I write this, Illinois Governor J.B. Pritzker has extended the state’s stay-at-home order for another five weeks, through the end of May. My husband and I will continue to shelter in place, wear our masks when we leave the house, and wash our hands frequently. But I know we are incredibly lucky to be able to continue to have a job (although his hours have been significantly reduced because he works in the travel industry), health insurance, a roof over our heads, and each other. This experience has in some ways actually brought us closer together, we’re so grateful that we haven’t lost the ability to give and receive touch and intimacy—many who live alone don’t have that. The loss of another’s touch is depriving many of us of a basic, fundamental need we have as humans to connect.

This virus disproportionately affects black and brown communities, and lays bare the deadly effects of centuries of inequality and racism. Lack of access to health care, unstable housing and homelessness, malnutrition and lack of food, and economic disparities all lead to poorer health outcomes with more pre-existing conditions such as diabetes and high blood pressure. As of this writing [April 23, 2020] there have been over 51,061 deaths in the U.S. due to COVID-19, and nearly 200,000 worldwide. In those cases in the U.S. where race has been reported, over 33% of those deaths were in black or African American people while they represent only 13.4% of the U.S. population. The CDC reports that Latinos represent 27% of deaths in COVID-19 hotspots, but just 18% of our country’s population.

What is currently happening in our jails and prisons is unconscionable. Chicago’s Cook County Jail has already seen seven deaths, including at least one correctional officer. Nearly 400 inmates and scores of correctional officers have tested positive at the jail. In an Ohio federal prison, now one of the leading hotspots in the country, 73% of inmates tested positive for COVID-19, with 3,762 inmates and 319 staff testing positive in the state’s prison system overall. The New York Times Editorial Board has called for the immediate release of non-violent inmates, speeding up of paroles, and for law enforcement to issue citations for non-violent offenders instead of sending them to jail, in an effort to curb new infections from occurring within the prison system.

While many of us know people with HIV who have died from COVID-19, people with controlled HIV (on treatment and undetectable) and with no pre-existing conditions do not seem to be at notably greater risk of getting sick. But with over 50% of people living with HIV now over the age of 50, our survival has become a double-edged sword. Older adults are at increased risk, especially if they have a severe underlying condition such as diabetes or hypertension, so it seems that many of us survived one epidemic only to be facing another. The New York Times reports that people age 70 and up account for two-thirds of all deaths in New York, though they make up less than 10% of the population. Luckily a lot of smart folks, including many HIV activists, researchers, and physicians, are working on finding a treatment and eventually a vaccine for COVID-19, but it’s going to take some time.

So, what does all this mean? I have no idea, but I do know that when we come out of this, and we will, life will be forever changed. A few weeks ago, I was out walking our dog and saw a young girl with her mother. They had just pulled up and parked in front of an apartment building, with a sign taped to the van that said “Happy Birthday, Amanda!” They rang the doorbell, placed a gift bag and balloon on the stoop, and stepped back. Another young girl came out and took the gifts while they exchanged a few words. It was such an incredible act of kindness, but suddenly a great sense of sadness washed over me, and I began to get emotional. Young people everywhere are being robbed of the occasions in their lives that we all got to experience and took for granted: birthday parties, graduation ceremonies, weddings, and other family gatherings and events are now being postponed or cancelled. This is nothing compared to the sacrifices being made by people working on the frontlines of the pandemic, and it’s a small sacrifice to be made in the grander scheme of things. But it still made me incredibly sad.

There is a video that recently went viral of a young doctor who arrives home from work and is still in his scrubs. His little boy runs toward him to greet him, and suddenly the man shouts, “No, no!!” and the toddler stops. His father then falls to his knees and begins to weep, leaving his young son likely unable to understand why he can’t leap into his father’s arms as he surely had done every other night.

I realize I’ve been grieving the loss of life as it was. I also sometimes find myself fearful of what the future may hold.

This is where self-care comes in. It’s important for us to take care of ourselves if we are ever going to get through this. I try to limit my intake of news, and the weekends I pretty much unplug from it altogether. I try to stick to a regular schedule; keeping a routine is important. Each weekday morning I take a shower and put on a nice shirt before I sit down at my desk. Stephen and I both go to bed around the same times as we used to (besides, our dog and cat still wake up early!). I even pulled out my mixing board and have been deejaying at home on some weekends playing disco and dance music from the ’70s, ’80s, and ’90s, and have live-streamed it a few times. One friend commented, “I’ve never seen you so happy!” I realized that it’s important to find things that bring you, and others, joy.

We’ve all been finding new ways of connecting whether it be Zoom, FaceTime, Skype, or some other platform. It’s important to stay connected and interact with others, even if you can’t hug or see them in person.

A friend of mine was recently profiled in a story in the Wall Street Journal about using Zoom as a way to keep in touch with his family. Abel is able to be with his mom to do her daily rosary via Zoom, which he says had helped keep her calm during a recent birthday gathering. The article states that although Abel doesn’t share all his mother’s religious beliefs, he draws comfort from praying together. “I 100% realize the benefit of community that religion creates, and I know this is the time for this kind of community support to be kicked into motion.”

Let’s continue to find ways to stay connected and build community as we get through this pandemic, and beyond. Let’s imagine the world as we want it to be, and work together to help make it happen. The situation we are in now is giving us an opportunity to pause, rethink and reimagine everything that we once took for granted. Life will be different, yes, but change isn’t necessarily always a bad thing. We have an opportunity for a change in perspective, and to look at the world in a new and different way.