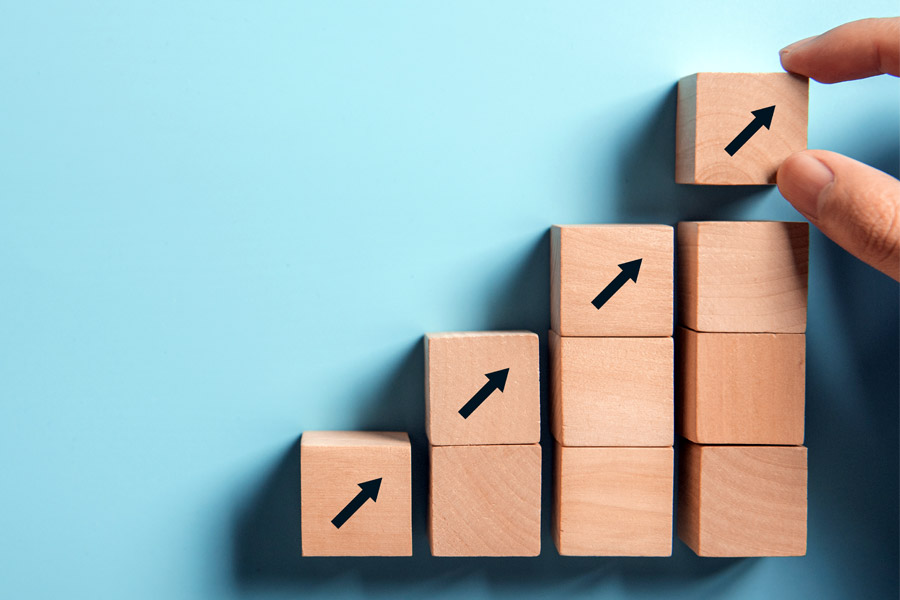 The 2020 Conference on Retroviruses and Opportunistic Infections (CROI) was scheduled to take place in Boston starting on March 8, before concerns about COVID-19 forced a last-minute switch to a virtual online meeting. The annual Pre-CROI Community HIV Cure Research Workshop similarly shifted to a Zoom webinar format, retaining the original planned agenda thanks to the flexibility of all the presenters and panelists. Brief summaries of the workshop sessions are below, and complete recordings are available online at: treatmentactiongroup.org/webinar/pre-croi-community-hiv-cure-research-workshop-2020.

Dan Barouch is principal investigator of the Immunotherapy for HIV Cure (I4C) Collaboratory, one of six U.S.-based collaboratories funded by the National Institute of Allergy and Infectious Diseases (NIAID) to pursue HIV cure research. Barouch noted that I4C is pursuing a dual strategy that aims to eliminate the majority of HIV-infected cells while also augmenting the ability of the immune system to control any virus that is left behind. Current candidates being tested include:

Vestilamod, an immune modulator known as a toll-like receptor 7 (TLR7) agonist which may both awaken the latent HIV reservoir and enhance the virus-specific immune response.

Broadly neutralizing antibodies (bNAbs) that can both directly inhibit HIV and promote destruction of infected cells (see “Scenes from the bNAb revolution,” Jan+Feb 2020).

In virus-infected macaques treated very early with antiretroviral therapy (ART), the combination of vestilamod and the bNAb PGT121 significantly delayed viral load rebound after ART interruption. Barouch debuted results from a new study showing that addition of therapeutic vaccination may further improve outcomes — six out of 10 macaques that received the triple combination (vestilamod, PGT121, Ad26/MVA vaccines) controlled viral load to undetectable levels 84 days after an ART interruption. Human trials of these candidates are underway, aiming to discern the optimal combinations for further evaluation.

Jim Riley from the University of Pennsylvania delivered an update on gene therapy in HIV cure research. A major spur for this work has been the case of Timothy Brown, who was cured of HIV after receiving a stem cell transplant from a donor lacking the CCR5 receptor that most virus strains use to infect cells (two more individuals may have recently joined Brown, see addendum below). Brown’s case has prompted efforts to eliminate CCR5 expression with gene therapies, and Riley is now testing whether this strategy can be combined with a different approach that genetically modifies T cells to better target HIV-infected cells. This latter type of gene therapy, called Chimeric Antigen Receptor (CAR) T cells, has been successful in the treatment of cancer and Riley showed results from macaque studies suggesting that virus-directed CAR T cells can contribute to viral load suppression. A clinical trial marrying CCR5 abrogation with HIV-specific CAR T cells is now ongoing at the University of Pennsylvania (clinicaltrials.gov/ct2/show/NCT03617198).

Liz Barr presented an overview of sex differences relevant to HIV cure research and the current status of women’s participation in studies. Barr described some of the relevant biological factors, including anatomic and genetic. The female genital tract is complex and there is evidence that it’s an important site of HIV persistence, but much remains unknown and more studies are needed. The X chromosome harbors many immune-related genes and contributes to sex differences in immune responses between men and women. Hormones can also influence both immunity and the HIV reservoir; for example, estrogen has been shown to inhibit reactivation of latent HIV. In terms of the status of women’s participation in cure-related research, results of a survey conducted in the fall of 2019 found that only 17% of participants were female—however only a subset of respondents were able to provide breakdowns by sex. The majority of studies did not have any pre-specified enrollment targets for women. Increased efforts are needed to overcome barriers to engaging women in the research.

Krista Dong described a unique cohort study underway in the Umlazi Township outside Durban in South Africa: Females Rising through Education, Support, and Health (FRESH). The rate of HIV infection among young women in the region is disproportionally high, with studies showing prevalence up to 66% by the age of 23. FRESH provides education and social services focused on empowerment, life skills, career exploration, job readiness, and poverty alleviation along with HIV prevention interventions. Because there is frequent monitoring and HIV infections still occur in the cohort, researchers are also able to investigate the very earliest biological events after virus acquisition. This work is providing important information on immune responses and determinants of viral load control that can contribute to both prevention and cure research. Dong emphasized that FRESH is very much a partnership with the participants, whose feedback is playing a critical role in shaping the study. A clinical trial is currently being planned in collaboration with Gilead, with the aim of studying a combination of two bNAbs—CAP256 and VRC-7—in combination with vestilamod in cohort members with HIV who’ve been on ART for at least 12 months.

Karine Dubé discussed results from social science studies exploring the views of women on participating in cure-related research. Questionnaires were administered during an AIDS Clinical Trials Group (ACTG) trial that enrolled only women in order to test whether modulation of estrogen receptors with tamoxifen influenced activity of a candidate HIV latency-reversing drug (vorinostat). Responses revealed that altruism was a common motivator, with freedom from daily medication and the stigma of HIV infection seen as key aspects of a cure. Most participants were cognizant of the potential for risks. Compensation was frequently cited as a benefit of participation along with contributing to the search for a cure, and all respondents stated they would recommend the study to others. A larger survey conducted in 2018 found that both cisgender and transgender women were more likely than men to be motivated to participate in research due to altruism, but were also more concerned about risks such as HIV transmission to others and pain or discomfort from study procedures.

David Hardy and Cynthia Gay provided an update on the fate of an ACTG trial evaluating the anti-PD-1 antibody cemiplimab in people with HIV on ART. Cemiplimab is an immune checkpoint inhibitor licensed for the treatment of cancer, and there is some evidence that these therapies might have potential to both reverse HIV latency and enhance virus-specific immunity by reinvigorating T cells that have become exhausted and dysfunctional. However, serious side effects can also occur, due to the potential for enhancing T cell responses against the body’s own tissues, causing autoimmunity. Hardy noted that the study very carefully monitored for adverse events. When data from two participants showed evidence of toxicity, cemiplimab infusions and further study accrual were stopped (a total of five participants had been enrolled; four in the cemiplimab arm and one in the placebo arm). In one case there was evidence of inflammation in the thyroid gland (thyroiditis) leading to hyperthyroidism, in the other grade 3 elevations in liver enzymes occurred (these elevations subsequently resolved). All four participants who received cemiplimab will continue to be followed. The results raise concerns about the safety of studying anti-PD-1 antibodies in people with HIV who do not have cancers.

An afternoon session at the workshop was devoted to the topic of analytical treatment interruptions (ATIs)—the temporary cessation of ART in trials in order to measure the effects of interventions or learn about the mechanisms and kinetics of viral load rebound. A meeting on ATIs involving multiple stakeholders—including community representatives—was held in July 2018, and generated consensus recommendations that are accessible free of charge via Lancet HIV (see links below). The main theme is to minimize risk by recruiting individuals with relatively high CD4 T cells without significant comorbidities or prior histories of AIDS-related illnesses. However, a number of areas of uncertainty remain, including how high a viral load rebound can be allowed during an ATI without causing undue risk to participants or their sexual partners.

Lynda Dee outlined a series of suggested best practices for mitigating risk of sexual transmission during ATIs that have been generated by a collaboration between community members and researchers. While created with a specific trial in mind (a combination therapy protocol that will take place at the University of California San Francisco), the hope is that they can be useful guidance in other settings. Dee explained that two cases of sexual transmission from ATI trial participants to HIV-negative partners have been reported over the past few years. Recommended steps to address the issue include creation of an information packet on risk reduction and ongoing engagement between the study team, participants, and partners. For participants with partners, support for disclosing HIV status should be provided when appropriate. Information on pre-exposure prophylaxis (PrEP) and direct, user-friendly referrals to PrEP services should be made available to partners. The full set of recommendations are accessible online in an open access paper published in the Journal of Virus Eradication (see links).

Bill Freshwater, Chris Roebuck, and Beth Peterson from the BEAT-HIV Collaboratory outlined their work toward a detailed educational position paper on ATIs. The effort is led by the BEAT-HIV community advisory board, in collaboration with the principal investigators and the community engagement group of partner organization Philadelphia FIGHT. The paper will be written at an eighth-grade level, and five modules are being developed on topics including ATIs, considerations for participating in cure-related studies, the informed consent process, the social implications of research participation, and women in HIV cure research. The paper will be accompanied by a bill of rights for research participants and staff. The plan is for the finalized publications to be available in the summer of 2020, although this might be affected by the current COVID-19 crisis situation.

The workshop also featured two wide-ranging panel discussions on issues related to women and HIV cure research and participation in cure-related community advisory boards; both of these sessions from the webinar are also available on the workshop webpage.

At the main CROI meeting, updates were provided on two individuals who may have been cured of HIV infection in similar circumstances to that of Timothy Brown. Both had life-threatening cancers and received stem cell transplants from donors homozygous for the CCR5Δ32 mutation, leading to the generation of new, donor-derived immune systems lacking the CCR5 receptor that most HIV strains use to infect cells. The London Patient—first described at CROI last year—has now been off ART for over 2.5 years without viral load rebound and no intact HIV genetic material can be found in blood or tissue samples. The researchers believe this is strong evidence that a cure has been achieved. During CROI, the London patient also went public for the first time in an article published by the New York Times, courageously identifying himself as Adam Castillejo and stating his aim to be an “ambassador of hope.” The second individual, known as the Düsseldorf patient, has now been off ART for just a little over a year, so greater caution is being exercised as to whether he may represent the third known case of an HIV cure.

Richard Jefferys began working in the field of HIV/AIDS in 1993 as a volunteer at the nonprofit AIDS Treatment Data Network in New York City. He joined Treatment Action Group (TAG) in 2001, and directs TAG’s Basic Science, Vaccines, and Cure Project.