The U.S. Department of Health and Human Services (DHHS) recently updated its guidelines on opportunistic infections (OIs) in HIV. Specifically, changes were made to information on cryptococcosis (“crypto” for short), cytomegalovirus (CMV), coccidioidomycosis, and bartonellosis.

The section on immunizations was also updated, on June 11. Go to clinicalinfo.hiv.gov/en/guidelines/adult-and-adolescent-opportunistic-infection/recommended-immunization-schedule?view=full. The guidelines noted that the only vaccine now available to prevent shingles is Shingrix (recombinant zoster vaccine, RZV). Zostavax (attenuated zoster vaccine live, ZVL) is no longer available for use in the U.S.

The DHHS expert panel recommends that for the treatment of crypto, there be an increased fluconazole dose from 400 mg to 800 mg daily “for consolidation therapy. For clinically stable patients who have been started on ART [HIV antiretroviral therapy] and whose CSF [cerebral spinal fluid] culture results return with no growth, the dose can be decreased to 400 mg daily.”

In addition, the updates “Clarified that the treatment of non-CNS [central nervous system] extrapulmonary [outside the lungs] cryptococcosis and diffuse pulmonary disease should be the same as that for meningitis and that treatment of mild–moderate focal pulmonary infection should be with fluconazole, 400–800 mg daily.” Also, in the table of treatment for cryptococcosis, treatment recommendations for the various forms of crypto have been clarified.

There is also information on people with antigens to cryptococcosis (a sign of exposure to the disease), but no crypto symptoms. “For patients whose serum titer is <1:320 using a lateral flow assay, treatment can be with fluconazole 400-800 mg daily. For patients whose serum titer is >1:640, the likelihood that meningitis is present or will develop is high, and treatment should be the same as that for cryptococcal meningitis.”

For coccidioidomycosis, changes include “revised section on serology for the diagnosis,” “added PCR as a commercially available diagnostic test,” and revised a section on people who are “asymptomatic with a positive serological test.”

DHHS updated the guidelines on July 22. See the June and July updates in “What’s New in the Guidelines” at clinicalinfo.hiv.gov/en/guidelines/adult-and-adolescent-opportunistic-infection/whats-new-guidelines.

It stands for “pre-exposure prophylaxis.” PrEP indicates prevention, not just HIV prevention. “Prophylaxis” refers to medication used to prevent disease. For example, people traveling to areas where malaria is endemic can take pills before their visit to prevent getting it.

Other interventions that are used to prevent disease also serve as prophylaxis. That’s why, for example, condoms are called “prophylactics.”

As is done with HIV medications, doxycycline is also being looked at for PEP, or post-exposure prophylaxis, intended to prevent an infection after a potential exposure.

Going back to HIV PrEP, there have been several reports of increased incidence of STIs related to its use, since it does not protect against other infections.

The Bill & Melinda Gates Foundation has awarded a $122 million, five-year grant to the University of Washington for Phase 3 study of islatravir as a once-a-month pill for the prevention of HIV (see page 33). The IMPOWER 22 study compares islatravir to a daily PrEP medication in 4,500 cis-gender women in southern Africa and the U.S.

The Gates Foundation has previously funded the university’s research of the medication for use as pre-exposure prophylaxis, or PrEP, as part of a collaboration. The university announced the newest award on July 23.

Islatravir for HIV PrEP is also being studied in other populations. It is also being tested as a once-weekly oral medication for treatment, for use in combination with another HIV drug.

The Elton John AIDS Foundation and Gilead Sciences announced a new wave of its funding application for the RADIAN “unmet need” fund.

The RADIAN Partnership was formed by the foundation and the pharmaceutical company to promote HIV prevention and care, education, and community empowerment efforts in Eastern Europe and Central Asia (EECA).

According to a July 21 press release issued by the foundation, “There are an estimated 1.6 million people living with HIV in EECA. It is one of the few regions in the world where the annual rate of HIV infections continues to rise, having seen a 43% increase in annual new HIV diagnoses between 2010–2020, while rates have declined by around 30% globally. Each day in EECA over 400 people acquire HIV, and around 100 people die from AIDS-related illnesses. Factors contributing to the HIV epidemic are manifold including late diagnosis, low treatment rates, and HIV-related stigma.”

Responding to the increasing spread of the COVID-19 virus’ Delta variant, NMAC announced that the U.S. Conference on HIV/AIDS (USCHA) is going virtual and has been pushed back to Dec. 2–3. This is the second year in a row that USCHA has gone online-only as a result of the pandemic.

“This is not the announcement we wanted to make,” said NMAC executive director Paul Kawata. “We were very hopeful that we could hold an in-person USCHA this year. However, the health and safety of our constituents must be our primary concern. The continued spread of the Delta variant and the data from both the Provincetown outbreak and the study released at the IAS conference in Berlin about the impact of COVID on people living with HIV led us to this decision. We are as disappointed as everyone else by the need to make this decision, but we could not, in good conscience, potentially put attendees at risk of exposure.” 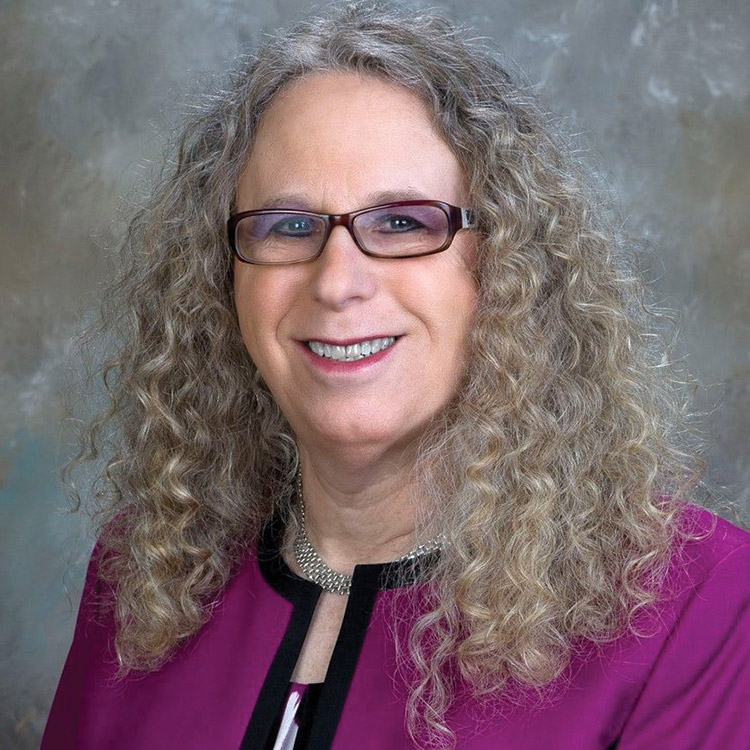 U.S. Assistant Secretary of Health Rachel L. Levine, MD, was originally scheduled to appear at USCHA, and will address the virtual gathering. She is the first transgender official to hold a government position requiring U.S. Senate confirmation.

“We’ve made so much progress—from testing to treatments—but there is still a long way to go,” Levine said in an initial statement announcing her attendance at USCHA. “We need to increase access to testing and treatment (including PrEP), and expand telehealth services.”

Joining Levine for USCHA’s virtual opening plenary will be Dr. Anthony Fauci; his remarks will be made in a recorded address.

Pushing back the virtual conference date will allow for discussion of the Biden administration’s Plan to End the HIV Epidemic, set to be released on World AIDS Day, Dec. 1.