Another international HIV conference goes virtual amidst a global pandemic

COVID-19 and PLWH; islatravir for PrEP; lenacapavir for treatment; adherence with vaginal rings and oral PrEP

This year’s 11th IAS Conference on HIV Science (IAS 2021), held July 18–21, moved online, dropping its original plans to take place in Berlin. It was a change that once again was made necessary due to the COVID-19 pandemic.

“It’s been 40 years since the first reported cases of the disease now called AIDS, one of the worst pandemics in human history. To date, we have lost nearly 35 million people to AIDS,” said IAS president Dr. Adeeba Kamarulzaman, dean of the faculty of medicine at the University of Malaya and an adjunct associate professor at Yale University, and IAS 2021 co-chair, as she opened the conference.

“Thanks to scientific inquiry—including the dogged determination of many IAS Members—a positive HIV test no longer means a death sentence,” said Dr. Kamarulzaman. “A mother living with HIV can give birth without passing it on to her child, and an undetectable viral load is untransmittable between partners. Each year, our treatment and prevention efforts improve. And each year, we continue to unlock the mysteries of how HIV interacts with the human body.” 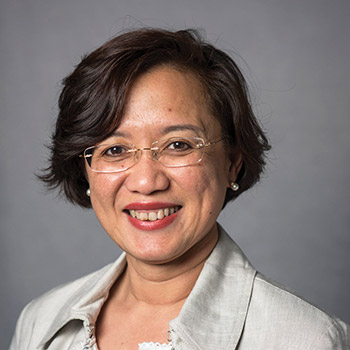 At the time, the society announced that, “The International AIDS Society views racism, wherever it occurs around the world, as one of the greatest threats to public health and greatest obstacles in ending AIDS. Stigma and discrimination drive health disparities worldwide and determine whether or not someone has access to health care, effective treatment, and lifesaving information to stay healthy. We stand in solidarity with those personally facing racism and discrimination and with those calling for meaningful change. The IAS pledges to confront racism, stigma, and discrimination, and contribute to ending disparities, wherever we see them.”

Professor Hendrik Streeck, director of the Institute for HIV Research at the University Hospital, Medical Faculty University Duisburg-Essen, in Germany, and IAS co-chair, spoke to the disappointment of not being able to host the international conference in his country and of the continuing devastation of COVID-19. In spite of the setback, Berlin managed to include a face-to-face hub for many providers, scientists, and community people.

“We do not know yet the precise impact of the COVID-19 pandemic on HIV and AIDS, but what we already know is nothing but alarming,” Dr. Streeck reported during the conference opening. “The COVID-19 pandemic has exacerbated many inequalities worldwide. UNAIDS programs and activities of joint partners were interrupted or could not be implemented, despite all efforts and best intentions. HIV infections have gone undetected. Life-saving drugs have not been distributed. While the COVID-19 pandemic is a devastating catastrophe for so many, so are the collateral damages in health, economic, and social inequalities that put many in precarious situations.

“While HIV cannot be compared to SARS-CoV-2 in structure and complexity, one point is clear: with political will, we can achieve more in the fight against HIV and AIDS. HIV is still a global problem. While we are hopefully on our way to end one pandemic, the other has endured far too long,” Dr. Streeck said. “The time is now to end HIV and AIDS. We have the means and we have the opportunity.”

Large-scale analysis from the World Health Organization (WHO) showed that people living with HIV were at greater risk of severe illness during hospitalization due to COVID-19.

There was also an increased risk of dying while still in the hospital.

The risk of severe illness or death due to COVID-19 more than doubled for people living with HIV. These are global statistics that may look much different in resource-rich countries like the United States (see next item).

Based on the WHO findings, the IAS called on countries to add people living with HIV to their lists of groups prioritized for receiving COVID vaccination.

“The global community must also do much more to bring COVID-19 vaccines to countries around the world with high prevalence of HIV and other diseases. It is unacceptable that as of today, less than 3% of the entire African continent has received a single dose of the vaccine and less than 1.5% have received both doses,” Dr. Kamarulzaman said in a press release.

According to the statement, “Previous evidence regarding the impact of HIV infection on the severity and mortality of COVID-19 has been limited and sometimes conflicting, and most analyses have been based on relatively small cohorts of individuals in specific settings. In this report, WHO researchers analyzed clinical data submitted to the WHO Global Clinical Platform for COVID-19 from 24 countries on more than 15,500 people living with HIV who were hospitalized for COVID-19. The mean [average] age of these patients was 45.5 years. About 37% were male, about 92% had received antiretroviral therapy, and about 36% had severe or critical COVID-19 illness on admission. Their most common underlying chronic conditions were hypertension, diabetes, and obesity. Among patients with a known outcome, 23% died in the hospital.”

U.S. study finds no increased risk of severe disease or death from COVID-19 in people living with HIV

Unlike the global report from WHO, a team of U.S. HIV researchers found no increased risk of dying in the hospital for COVID-19 patients who also had HIV.

Matthew S. Durstenfeld, MD, of the University of California, San Francisco and Zuckerberg San Francisco General Hospital’s Division of Cardiology, presented the findings on behalf of his study colleagues. The research group included all adults hospitalized with COVID-19 from March to December 2020 at 107 hospitals participating in the American Heart Association’s COVID-19 Cardiovascular Disease Registry.

There were 21,528 hospitalization records of confirmed COVID-19 cases. Of these, there were 220 people living with HIV (PLWH).

“In this registry-based study of over 21,000 people hospitalized for COVID-19, HIV was not associated with adverse outcomes including in-hospital mortality, MACE [major adverse cardiac events], or severity of illness,” the group reported.

Thirty-six of the 200 PLWH (16.4%) died in the hospital compared with 3,290 HIV-negative individuals (15.4%). This was not a statistically significant difference. Nor were there differences in terms of admission, ventilation, or length of stay.

After adjusting for age, sex, race, and insurance, HIV was not associated with in-hospital deaths, even after considering body mass index (basically, obesity) or co-morbidities (other medical conditions).

Lenacapavir is a long-acting HIV drug in development that can be used orally or via injection, and has shown the potential to be taken just once every six months.

That six-month possibility was demonstrated with results from early Phase 2/3 study in the Capella clinical trial. At half a year (26 weeks), 81% of people given a subcutaneous shot of lenacapavir achieved undetectable viral load (less than 50). This was 29 out of the 36 individuals in the randomized part of the study.

It wasn’t just lenacapavir doing the work, however. These were heavily-treatment experienced (HTE) people with drug resistance to HIV medications they had previously taken. So in addition to the lenacapavir shot, they were also put on an optimized background regimen (OBR). This meant changes to the daily HIV treatment regimen that they were taking when they entered the study.

So it’s not a big surprise that four of the 36 randomized participants had some emergent drug resistance observed to lenacapavir. Three of them later suppressed that emergent resistance. Two of them suppressed that resistance with yet another OBR, and one did it without further optimization.

Options are always needed, especially for people with drug resistance. Also, lenacapavir is being studied in combination with another long-acting HIV medication, islatravir. It’s hoped that these two can be given as twice-yearly injections as the entire HIV regimen.

A separate group of 36 individuals who were not randomized in Capella all received oral lenacapavir in addition to having their HIV therapy optimized.

Like lenacapavir in the previous item, islatravir is a long-acting HIV drug in development that is also being studied for PrEP (pre-exposure prophylaxis—prevention).

Early safety and PK (pharmacokinetic) results were presented out to 26 weeks on once-monthly oral islatravir for PrEP.

However, AEs that the researchers considered related to islatravir were reported in 15% of participants. These AEs were all considered mild to moderate.

Two participants stopped islatravir because of an AE considered related to the medication. One was a “mild foreign body sensation in the throat.” The other was moderate rash and pruritis (itchiness).

There are two current HIV prevention medications commercially, Descovy and Truvada, each to be taken as one pill a day. There are some expert guidelines allowing less than daily use, but none calling for once-a-month oral dosing. If approved, long-acting injectable cabotegravir would be the first long-acting HIV prevention drug, taken every other month.

So stayed tuned for more from islatravir as another option. Options are always needed. (Did we say that already?) 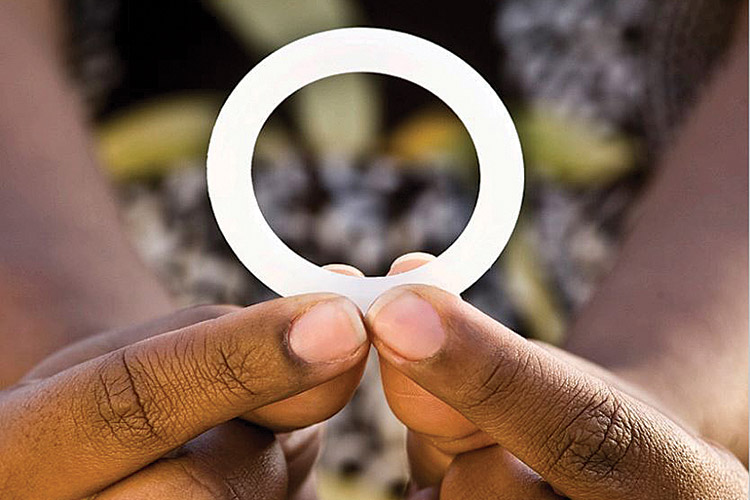 “Adolescent girls and young women (AGYW) account for more new HIV infections in sub-Saharan Africa. WHO has endorsed oral PrEP and dapivirine vaginal ring (ring) for women at substantial risk of HIV infection,” noted an international team of researchers. “However, adherence to both products was lower among younger women in randomized placebo-controlled trials.”

The team studied the use of a vaginal ring containing the medication dapivirine or the use of a daily pill for HIV prevention, containing tenofovir disoproxil fumarate (TDF) plus emtricitabine (sold under the brand name Truvada in the U.S.).

In this study, the team found that, “Adherence to oral PrEP and dapivirine ring was higher than previously observed among African AGYW, and both were well-tolerated and highly acceptable. Dapivirine ring is a viable, promising new HIV prevention method, and adherence to both products can be achieved with support strategies.”

Dr. Gonasagrie Nair of Stellenbosch University, Center for Medical Ethics and Law, in Cape Town, South Africa, presented on behalf of the MTN-034 (REACH) study. The study enrolled 247 young women ages 16 to 21. Their average number of sex partners in the last two-and-a-half months at the time of enrollment was 2.5. Nine percent of the women said they were “very worried” about acquiring HIV and 39% said they were “not at all worried.” Nearly a quarter of them, 24%, thought that their primary sex partner had other partners. About a third of them had at least one STI at baseline (28.7% had chlamydia and 8.5% had gonorrhea).

A little more than two years into the study, the young women overwhelmingly continued to make their study visits (94.4%).

Most participants had at least moderate adherence—78% to the ring and 59% to oral PrEP. A high level of adherence was demonstrated by 50% of the women using the ring and 22% of those taking oral PrEP.