From left Cheryl, Stewart, and Tammy: Overcoming hepatitis and other challenges

Behind the cover: I chose to live

Overcoming hepatitis and other challenges

Hepatitis C doesn’t exist on its own; a variety of conditions and circumstances often exist beforehand and come into play. That was the takeaway in hearing the life experiences of Cheryl, Tammy Kinney, and Stewart Nelson-Reid, who met at Exchange Park, just outside of Atlanta, to be photographed by Habeeb Mukasa for the cover of this issue, POSITIVELY AWARE’s annual Hepatitis Drug Guide. 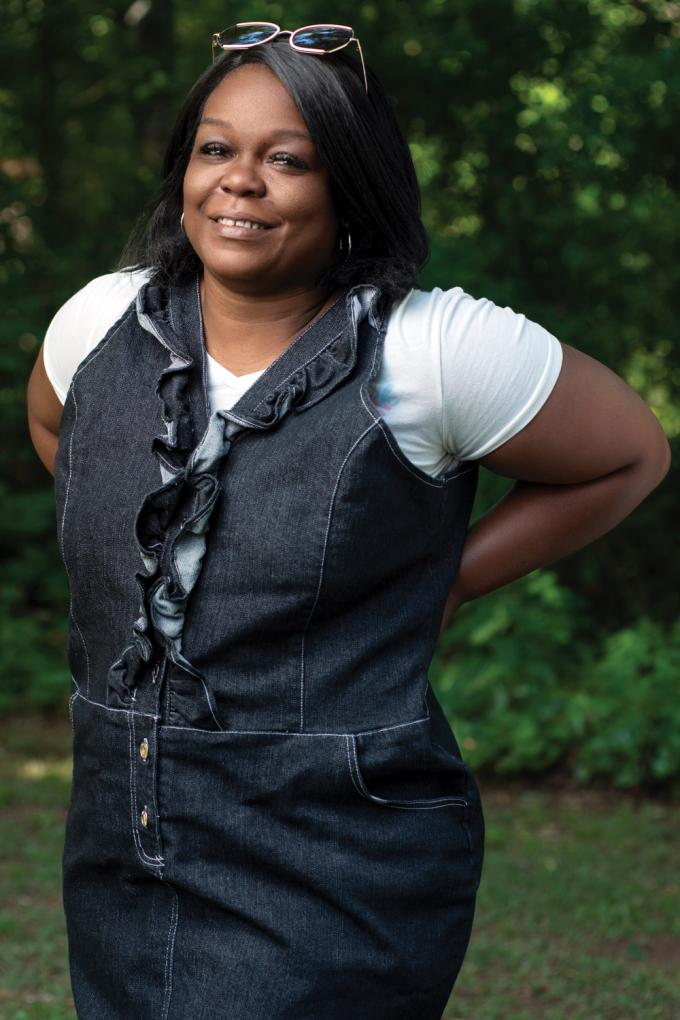 For Cheryl, the news that she had hepatitis C (HCV) was unexpected and could hardly have come at a worse time. It was 2003, and she had just moved to Georgia when she got sick and had to go to the hospital. There, she learned she had neurosyphilis. She had contracted syphilis sometime earlier, long enough that, untreated, it had spread to different parts of her body, including her brain. But then, the nurse told Cheryl that her liver “wasn’t right.”

Tests concluded she had HCV, and she was started on treatment. But with the first shot of interferon, a hepatitis treatment at the time, she became sick to her stomach. A change in treatment marked a turning point for Cheryl; she eventually cleared the HCV, received treatment for the syphilis, and went on HIV medication.

Today Cheryl is undetectable for HIV, and is a peer advocate, talking primarily with other Black women about HIV prevention and how they can take better care of themselves. She’s candid about her experiences, and isn’t afraid to talk about her past drug use.

“I overdosed in jail once,” she says. “It was the scariest moment of my life. Other inmates brought me back to life, giving me CPR and giving me milk to drink.”

“There is hope,” she adds. “It’s up to us, but there are medications that will help us to take care of ourselves.” 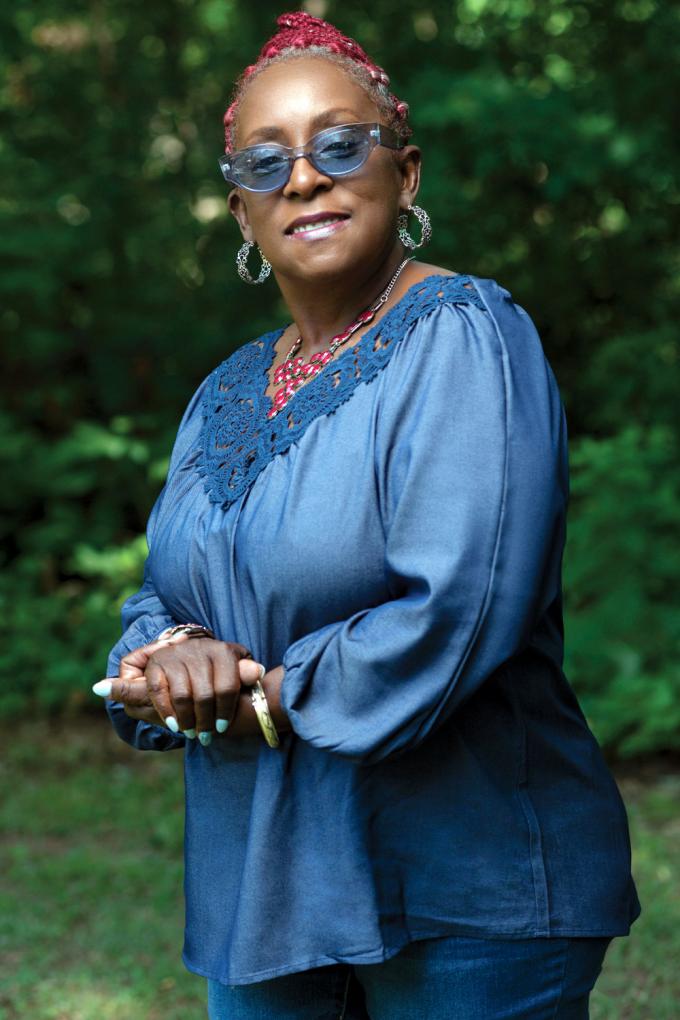 Sixty-two-year-old Tammy Kinney had gone 12 years since her diagnosis of hepatitis C in 2002 before getting treatment. Because of her depression, IV drug use, and inconsistency in taking her HIV medication, she was deemed not a candidate for the series of injections of interferon for HCV treatment.

Diagnosed with HIV in 1987, she had gone in and out of treatment and care. Kinney often missed appointments with her nurse practitioner. When she did show up, her mood was usually either extremely down or unusually upbeat. She was often distracted and lost in her own thoughts. Kinney was eventually diagnosed with “manic depression,” now called bipolar disorder.

This kept her from being treated with interferon, the standard HCV treatment at the time, because one of interferon’s possible side effects is depression. (A difficult drug for most people to tolerate, interferon is no longer used as an HCV treatment.)

“I remember going into the doctor’s office, and it just seemed like I could not get it together, mentally and emotionally,” Kinney says. “I was all over the place, wasn’t adherent to the medication. I was fortunate that I had a health care team that saw something in me, that I could have a healthy productive life, that I didn’t see in myself. One day, the nurse practitioner was almost in tears. She asked me, do you want to live? In my state, I was like, let me think about this. I literally paused and thought, let me think about this. That’s when I made the conscious decision and said I want to live. It was a struggle. It was a real struggle, but I made it. I’m in long-term recovery—11 years.”

Today, Kinney is a certified peer specialist in mental health and a case manager at Advantage Behavioral Health. She’s also the founder of Rural Women in Action and member of Common Threads, an HIV prevention and vocational development organization for Black women. While her work focuses on Black women and HIV, she believes in raising awareness about hepatitis.

“A lot of people don’t understand that hepatitis C needs to be talked about just like HIV,” she says. “The focus has been on HIV, but we have drugs that make hepatitis C curable. I can bear witness to that today. I didn’t really know that I was going to make it, having HIV. I was diagnosed with HPV, and then hepatitis C. I was like, am I gonna make it through having all these Hs? But keeping up with treatment played a part in me being here today. And I’m grateful.” 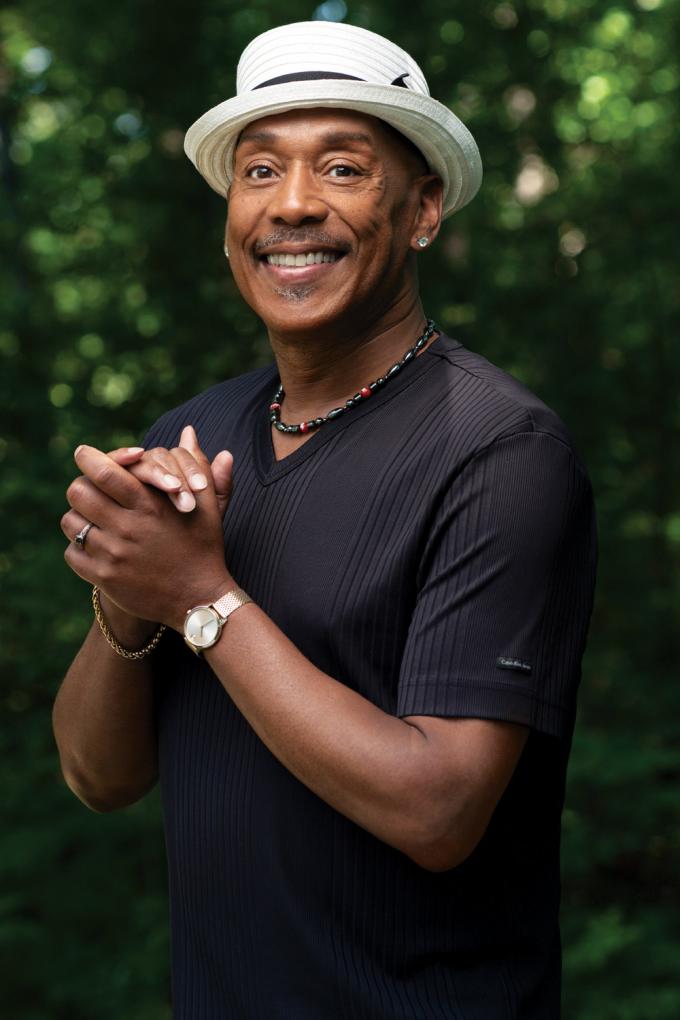 Between the HIV and the rectal cancer diagnoses, Stewart Nelson-Reid was told he had hepatitis C and cirrhosis of the liver. It was the year 2000, and Nelson-Reid was about to undergo chemotherapy and radiation treatment for the cancer. The treatment

had been grueling; although he had tolerated the chemo, Nelson-Reid was burned from the radiation.

“After they treated the cancer they wanted to treat the hepatitis C,” he says, “and at the time they didn’t have anything [for treating HCV], except a shot—interferon.”

“But after my first dose, I got deathly sick from it,” he adds. The interferon caused him to feel “unbalanced,” he says. So, his doctor took him off the drug, and Nelson-Reid decided to wait for something better. In October 2014, Harvoni, the first once daily single-tablet-regimen for hepatitis C, was approved.

“My doctor said, ‘We have a new pill. It’ll take eight weeks for you to clear your hepatitis C but if you take it, you’ll be good.’ And I did. And it went away. Harvoni was a lifesaver.”

Nelson-Reid, who turned 65 in December, has been cancer free since 2001, and his HIV is undetectable. He’s had other health challenges along the way, however—Legionnaire’s disease, diabetes, and painful swelling from gout, all while working as a professional makeup artist.

“I was never surprised when I found out that I had HIV—I grew up in the ’70s, I did a lot of things.” he says. “I watched my friends pass. I had that why them and not me kind of thing going on for a minute. But when I found out about the hepatitis C, it was kind of scary because they didn’t at the time have a cure for it. I was scared that something would happen to my liver and my kidneys because I had chronic kidney disease and cirrhosis of the liver at the same time because of the hepatitis C. Harvoni saved my liver from any more trauma. I don’t have scarring on my liver like I did when I had hepatitis C.

He also attributes smoking to the damage done to his liver and his health. “I realized I had to stop smoking cigarettes. I was a smoker. Smoking can kill you in a lot of ways people don’t realize, especially when you have gout and HIV and hepatitis C all at one time. That’s a lot to manage.”

“I am feeling much better every day as I move along,” he adds. “These medications, I am amazed that they’re working. But you gotta be dedicated to going to the doctor and getting checked out on a regular basis. If I sneeze wrong, I’m calling my doctor.”

This year marks his 25th anniversary married to Malcolm Reid, cofounder of THRIVE-SS, an HIV/AIDS service organization for Black men who have sex with men.

“We all have an expiration date,” he says. “You can’t control when you pass, but you can control how you live, and I chose to live. My purpose is to bring happiness to people that I meet and uplift my family, my friends, my husband. It was not my time. Since I’ve been involved with my husband, my purpose is for us to have a happy life and do what God gave me the will to do—be my authentic self.”

The Conversation July+Aug 2022
Note from the Hepatitis C Editor
Briefly Jul + Aug 2022
Being Bridgette: You are not how you feel
Poz Advocate: Strategic victory

First aid for mental health
How to create calm while engaging with distressed people
Acting up for people who use drugs
My journey to wellness
Behind the cover: I chose to live