Acting up for people who use drugs

I’m not old enough to remember the early days of the HIV epidemic. I’m old enough to have been alive for most of them, but not old enough to really experience them. That’s not to say I can’t empathize with long-term survivors who found a way to live with HIV from then until now, because I can. I can only imagine the terror and paralysis of watching friends and partners contract a virus that cut their life expectancy from decades to days. I can only imagine what it must have been like to bury friends and partners who were healthy one month and dead the next, wondering when it was going to be my turn. But empathy and imagination are no match for experience and direct impact, especially as pandemics and their aftershocks are playing out in real time. People who hold the burden of living with illness and trauma know more about what has happened to them than those who treat and legislate their bodies, and they possess an urgency to act that is often reserved for those who don’t have the luxury of ignoring a crisis. It’s a lot harder to take a conservative approach to a problem when that problem wakes you up every morning and is literally trying to kill you.

Whatever it felt like to live through the harrowing peak of the AIDS crisis in the 1980s and ’90s, I can’t help but think it felt a lot like being someone who uses drugs or who loves someone who does in 2022. Statistics don’t adequately convey the horror and magnitude of what is happening. Nearly 108,000 people died from overdose in the United States in 2021. 108,000—it’s one of those numbers that is so large that it ceases to have meaning in the abstract. Think back to Queen’s iconic Live Aid performance in 1985. You’ve got Freddie Mercury in his practically painted on jeans and little white tank top, belting out a capella eeeeyyyy-ooooos with a capacity crowd at Wembley Stadium packed in like sardines to see him. Can you picture it? The crowd that day was about 72,000. Imagine every one of those people dying in a calendar year and that’s still just two-thirds of U.S. overdose deaths in 2021.

But even more than the raw numbers and lives lost, I think it’s the unending fog of grief and disappointment and rejection enveloping those of us who use drugs and our allies that links the present day overdose crisis to the worst days of the HIV epidemic. To work in harm reduction and drug user health right now is to know that there is a decent chance that when you say goodbye to a colleague, client, or friend it might be the last time you ever speak with them. On a monthly and sometimes even weekly basis, leaders of the harm reduction movement in the U.S. are killed by an unsafe drug supply poisoned by decades of entirely avoidable prohibitionist policies. We are exhausted, yet we burn our candles down to wax nubbins because to rest is not an option if we want to live.

There is reason for hope, though. Or maybe it’s that there was reason for hope. In this year’s State of the Union Address, President Joe Biden explicitly endorsed a harm reduction approach to ending the overdose epidemic and urged Congress to increase funding for harm reduction programs. At the same time, the Substance Use and Mental Health Service Administration (SAMHSA) was in the process of determining who would receive the first wave of $30 million worth of harm reduction funding that was included in the American Rescue Plan Act, the first time SAMHSA money had been specifically designated for harm reduction programs. In Congress, the House passed an appropriations bill that would have rescinded the harmful ban on funding for syringes and related materials, with Senate Democrats following suit. Overdose numbers were still rising, but there seemed to be a very real chance for a sea change in the federal government’s approach to the overdose crisis.

I think it’s the unending fog of grief and disappointment and rejection enveloping those of us who use drugs and our allies, that links the present day overdose crisis to the worst days of the HIV epidemic.

Unfortunately, our efforts to tear down the war on drugs from the inside out have since stalled, and in some instances reversed course. The increased harm reduction funding that President Biden called for in his address wasn’t explicitly outlined in his Fiscal Year 2023 budget, the vast majority of harm reduction grants handed out by SAMHSA didn’t go to organizations that were primarily focused on harm reduction, and the FY 2022 appropriations package kept the federal syringe ban in place.

On top of all this, the emergence of fentanyl as the primary driver of overdose in the U.S. has led to a reenactment of the crack panic of the late ’80s and early ’90s, complete with racist sentencing laws and a newfound embrace of drug war policies by many in the political middle.

There will be those of us—myself included—who continue to work behind the scenes with administration officials and members of Congress to push for the types of incremental changes to federal drug policy that reside within the comfort zone of many of our elected officials. But this is not enough. It never will be. The inertia of the federal government’s support for drug warriors, Just Say No prevention zealots, and the substance use disorder treatment industrial complex  cannot be halted through Congressional advocacy days and sign-on letters alone. We need radical, outside action too. We need an ACT UP for the overdose epidemic.

What would that look like in practice? Well, right now the overdose reversal drug naloxone is classified as being a prescription-only medication by the Food and Drug Administration. As a result, harm reduction service providers and individual citizens have to jump through a ridiculous number of legal and logistical hoops just to get their hands on these life-saving drugs. The FDA has the authority to switch naloxone from prescription-only to over-the-counter. They’ve already done it with antifungal and anti-flatulence medications, so what are they waiting for? Are ingrown toenails and some stomach bloat more urgent issues than drug overdose?

If the Biden administration and the FDA want to act of their own volition, do the right thing, and make naloxone available over-the-counter, or at the very least allow harm reduction organizations to buy naloxone in bulk from distributors, then god bless. But if they won’t answer their phones, then we’re going to have to show up at their door, dressed in bloody lab coats and with body bags and tombstones in hand like the AIDS activists who came before us did. We don’t have time to wait and we don’t have time to play nice. We just have time to act up. 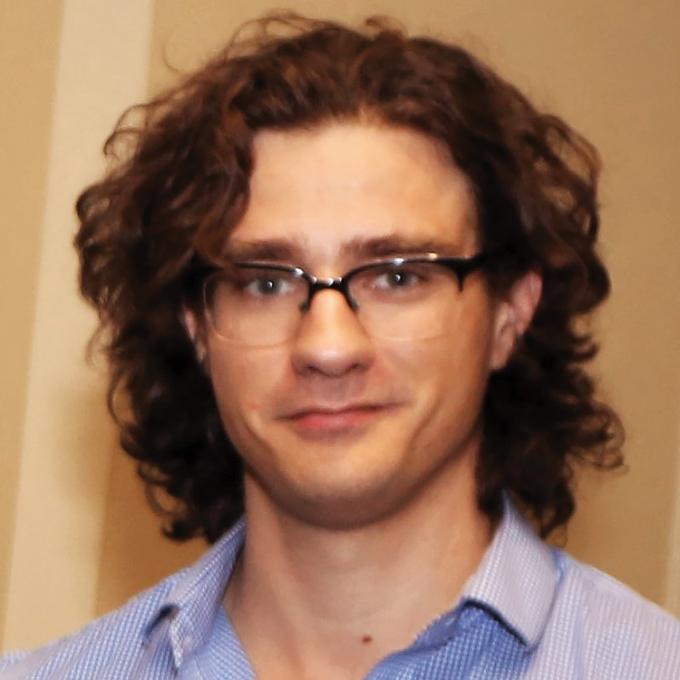 Drew Gibson (he/him) is a harm reduction and HIV advocate and writer living in the Greater Washington, D.C. area. He currently works for AIDS United as their Director of Advocacy and chairs the Coalition for Syringe Access.

The Conversation July+Aug 2022
Note from the Hepatitis C Editor
Briefly Jul + Aug 2022
Being Bridgette: You are not how you feel
Poz Advocate: Strategic victory

First aid for mental health
How to create calm while engaging with distressed people
Acting up for people who use drugs
My journey to wellness
Behind the cover: I chose to live