The latest on sexual transmission of hep C 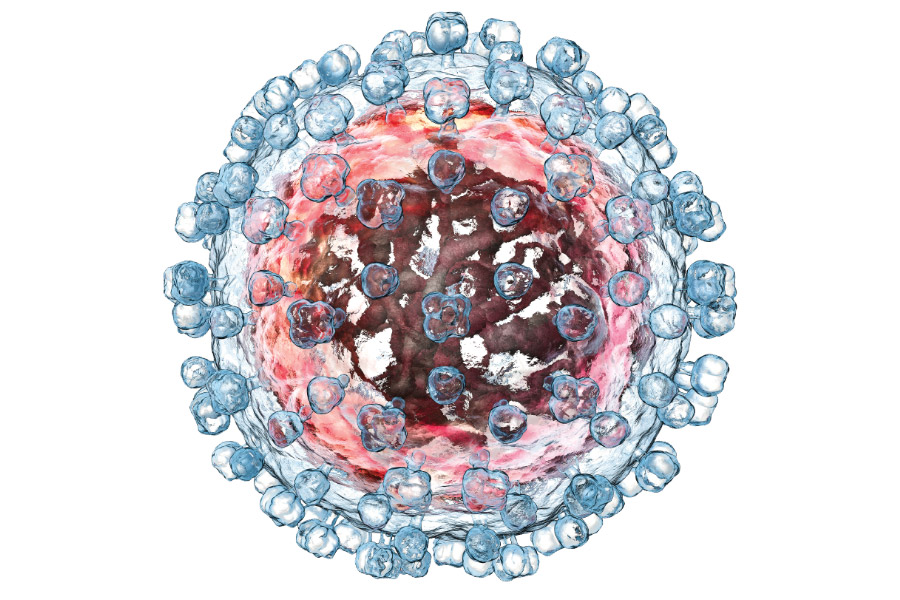 In 2014, I wrote an article titled “Can Hepatitis C be Sexually Transmitted?” with a subhead that answered, “Yes. No. Maybe. It’s complicated. All of the above.” Fast forward more than five years later and while we have more clarification on sexual transmission of HCV thanks to excellent research on the topic, it can still be pretty complicated. We have consensus that MSM living with HIV are at increased risk of sexual transmission of HCV. We have a clearer picture of risk factors and sexual practices that may enhance the chance of infection, including re-infection of HCV. We are also starting to see warning signs for a potentially newly emerging population at risk of sexual transmission of HCV: More and more examples of HIV-negative MSM on PrEP with no history of injecting drugs. Finally, and most importantly: In 2014, we were at the start of the direct acting antiviral era, in which HCV can be treated and cured without interferon injections, with far fewer side effects and at much higher cure rates. Today, we have come even further, with HCV cure and treatment that is short (8–12 weeks), effective (a cure rate of over 95%) and easy (very few side effects).

This article will provide an update on our current state of knowledge about sexual transmission of HCV in HIV-infected MSM and in HIV-uninfected MSM on PrEP, and close with a list of ways to reduce the chances of getting HCV.

For more information on hepatitis C, what it is, how it’s transmitted, tested for and treated, check out the Positively Aware Viral Hepatitis Drug Guide: positivelyaware.com/issues/july-august-2019.

HIV and sexual transmission of HCV?

There is consensus that people living with HIV (PLWH) are at risk of sexual transmission of HCV, but it’s still not entirely clear why. We know some of the activities and behaviors associated with HCV transmission, and that there are some likely biological reasons, too (see Harm reduction tips to reduce your risk for hepatitis C). A recent scientific review of sexual transmission of HCV in MSM living with HIV found a prevalence (that is, the percentage of people who acquired HCV) of 8.3%. By comparison, that same study found a prevalence of 1.5% in HIV-negative MSM.

What about HIV-negative MSM who are on PrEP?

We are learning a lot about this, with more and more scientific papers and conference presentations addressing sexual transmission of HCV in MSM taking PrEP, and there is emerging evidence of increased risk for it in this group.

We don’t have as much data and information with MSM on PrEP as we do for MSM living with HIV, but there is enough to inform our health education and prevention work. A report looking at 14 case studies of HIV-negative MSM on PrEP who acquired HCV through sex found that, similar to people living with HIV, risk factors such as multiple partners, non-injection drug use, condomless receptive anal sex, and co-occurring STIs were associated with sexual transmission of HCV. Another recent study out of France found new infection rates for HIV-negative MSM on PrEP exactly mirrored the new infection rates of MSM living with HIV, and another recent study out of Amsterdam found higher rates of sexually transmitted HCV in MSM on PrEP.

A final thought on HCV risk and PrEP: PrEP is an effective and excellent way to prevent HIV. Overall, the studies referenced here and the number of HCV cases is pretty small compared to the over 90,000 people taking PrEP in the U.S, not to mention all those in Europe who are taking it. It’s worth noting that none of the men in the studies referenced above tested positive for HIV, and ultimately, that is what PrEP is: an HIV prevention intervention.  In this respect, it is a remarkable success. Routine prevention counseling, screening, and treatment of HCV and STIs are important components of PrEP service delivery.

Routine HCV screening, followed by treatment for all people is the ideal way to improve both the individual health of the person living with HCV as well to reduce transmission and improve public health. We’re not there yet, but in the meantime, testing for HCV—at least annually, and maybe even every six months—is a great way to keep up with your HCV status.

There has been so much progress in both HIV prevention and treatment, and we can eliminate HCV among MSM, too. We’re learning more and more about the sexual transmission of HCV: We know it’s a significant risk for MSM living with HIV and it may be an emerging concern for HIV-negative MSM on PrEP. As we learn more, we can engage in prevention education and awareness, test for HCV routinely, and get people treated and cured. It’s my hope that the next time I write an update about sexual transmission of HCV, it’s to tell you that it’s gone.

What activities increase the risk of sexually transmitted HCV?

Group sex: Engaging in group sex appears to increase the risk of sexual transmission of HCV. This may be due to longer sex sessions that might lead to more trauma and bleeding, but it could also increase the likelihood of coming into contact with someone with HCV.

Multiple sex partners: As with group sex, having multiple partners is associated with sexual transmission of HCV: More partners increases the possibility of having sex with someone with HCV, but it has also been shown to coincide with other risk behaviors.

Using non-injectable drugs with sex: HCV transmission can occur due to the sharing of intranasal straws or pipes, but using substances during sex might also decrease one’s inhibitions and lead to more risk taking than usual.

Contributors
The Waxing and Waning of HIV Drugs
Getting the Most Out of Your Drug Guide
Choice Options
HIV Life Cycle
Picking Up the Tab
2020 HIV Drug Chart
Find Your 2020 HIV Drug Here
What's Cooking?