For the third year in a row, the Conference on Retroviruses and Opportunistic Infections—CROI—was held remotely via the internet. Tons of reports and presentations kept to CROI’s high standards. Next year is the 30th anniversary of what is arguably the most important HIV research conference in the world. It would be especially great to get together in person at CROI 2023. Some cake would be in order.

Go to croiconference.org for more on the following presentations along with many others. 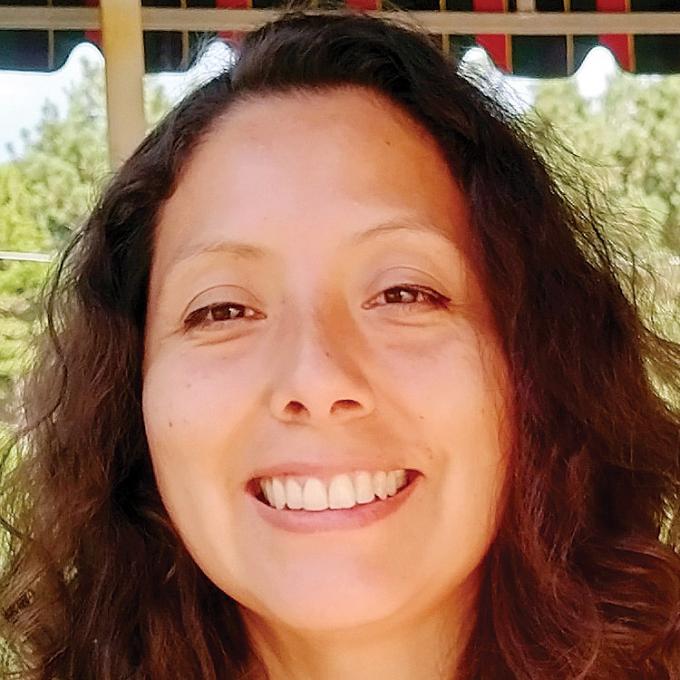 “CDC estimates that one in eight people with HIV do not know they have it. One of the goals of the federal Ending the HIV Epidemic in the U.S. initiative, called EHE, is to diagnose all people with HIV as early as possible,” said Pollyanna R. Chavez, PhD, an epidemiologist with the CDC’s Division of HIV Prevention. “HIV self-testing is a key innovation being used in pursuit of this goal. HIV self-testing is important because it can help provide testing to people who may not have easy access to in-person prevention services, especially during COVID-19. To support the EHE, CDC created a program to promote and mail 100,000 HIV self-tests to three priority populations: Latin, Hispanic, and Latino gay and bisexual men; cisgender Black women; and transgender women.”

People had the option of ordering one or two tests, and the majority (76%) requested two. Of the respondents to a follow-up survey, 26% reported that they had never before been tested for HIV. In less than eight months, all the tests were mailed out to people in all 50 states, Washington, D.C., and Puerto Rico.

While it’s unknown how many tests came back positive, the CDC report noted that, “This program highlights the demand for HIV self-tests, even reaching persons who never were tested for HIV. Clinicians, community-based organizations, and testing clinics should be aware that persons with preliminary positive HIV self-test results will require further testing and care.”

Changes in HIV and STI testing during COVID

Another institution in a good position to gather data is Kaiser Permanente in Southern California, which is both a healthcare provider and an insurer. Serving 12.5 million in eight states, Kaiser’s patients are racially and ethnically diverse.

Kaiser conducted an analysis of the electronic health records of more than four million participants over a four-year period. In the three years before the COVID shutdown, HIV and STI testing had consistently increased. For the year after COVID hit, however, testing saw a reversal, and this may hurt public health.

“There were really dramatic declines in the diagnosis of HIV and chlamydia of more than 25% each,” said Jennifer Chang, MD, of Kaiser. “We saw a smaller 7% decline in gonorrhea cases and a 32% increase in the diagnosis of syphilis compared to the three years before the pandemic. Because HIV and chlamydia are not often immediately noticeable in terms of symptoms in contrast to syphilis and gonorrhea, which often have symptoms that prompt patients to seek care, we believe that this data suggests, really, a widespread under-diagnosis of HIV, chlamydia, and gonorrhea and declines in testing for HIV and STIs can potentially have a really long-term impact on public health efforts to slow the spread of infections.”

Asked how to reverse this setback, Dr. Chang said, “I think that an emphasis on primary care and really bolstering our support for primary care as much as possible, not just within Kaiser Permanente, but across all healthcare systems, is absolutely essential. And while I can’t speak to specific strategies, as this was more of an exploratory study, I think using telehealth and other modalities that maybe remove personal interaction in some ways and destigmatize the act of asking for an HIV test—if we can deploy those public health measures systemwide in the same way or in similar ways that we’ve approached COVID-19 testing, that would be an amazing approach.”

Providing six months of PrEP along with self-testing

Using medicine to prevent HIV (pre-exposure prophylaxis, known as PrEP) can be burdensome—there’s labwork to be done, multiple clinic visits, and more. One research team looked at providing six months’ worth of PrEP at a time, along with HIV self-tests (HIVST). Their innovative strategy succeeded.

“Dispensing six months of PrEP with HIVST for interim testing at three months reduces the number of PrEP clinic visits in half without compromising HIV testing, PrEP refilling, or PrEP adherence,” the team of researchers based in Seattle and Kenya reported. “HIVST to support PrEP continuation can enable models of care that require less frequent contact with the health system.” 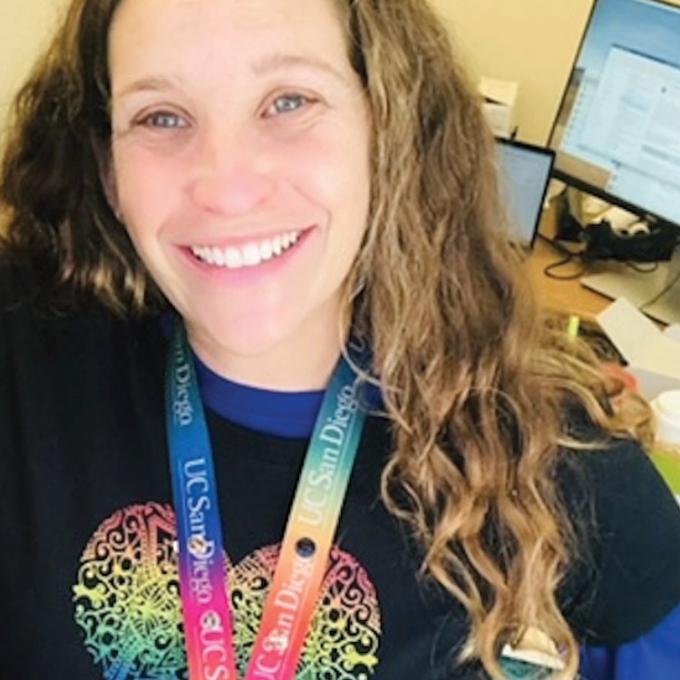 “Drug-drug interactions are not expected between gender-affirming hormone therapy and PrEP, primarily due to different metabolic pathways,” said presenter Jill Blumenthal, MD, MAS, of the University of California San Diego.

And that’s what her U.S. team of researchers found. “Serum hormone concentrations were not affected by [Truvada for PrEP] use, and there were no changes in the perceived effect on [hormone therapy] in those taking PrEP.”

This was a larger group of individuals (172 trans men and women and non-binary people in the hormonal sub-study) and a longer period of time (three months) than has been seen with previous studies.

See Poster 990 and Abstract 84, The Bidirectional Effects of Hormone Therapy and PrEP in Transgender Individuals.

One shot to prevent pregnancy and HIV

Exciting early report: good news on a long-acting injectable for the prevention of both pregnancy and HIV.

How early are the results? They’re from mice. Next, the product will be studied in non-human primates—the research is that early.

Still, the good news from these little mice is finding adequate drug levels for both PrEP and contraceptive medicine over three months, with no safety concerns.

The product studied was a biodegradable and removable in-situ (in its original place) forming implant (ISFI).

Two different HIV medications were used for PrEP evaluation—cabotegravir or dolutegravir. Cabotegravir was actually approved as a long-acting injectable PrEP medication by the U.S. Food and Drug Administration (FDA) late last year, under the brand name Apretude, taken as one shot every two months.

The contraceptive medication evaluated in the ISFIs were etonogestrel (ENG) or medroxyprogesterone acetate (MPA).

HIV and syphilis go together

“HIV and syphilis are common sexually transmitted infections globally and in sub-Saharan Africa (SSA); however, most prevalence data come from clinical cohorts,” reported a research team based at Columbia University.

“The high prevalence of active syphilis among HIV-positive persons from the general population and a considerable number of infections among HIV-negative individuals in four SSA countries indicates the need for consistent and frequent screening for syphilis among PLHIV and at-risk groups and improved access to effective treatment for syphilis,” the Columbia team reported in their abstract (No. 141, Presence of Syphilis and HIV/syphilis Coinfection in 4 Sub-Saharan Countries).

“The findings from the study are unique because they’re based on results from a nationally representative random sample from the general population of each country. Additionally, some possible interventions supported by this study include the increasing of dual HIV/syphilis testing, and partner notification for individuals diagnosed with syphilis,” said presenter Rose Killian, an MPH candidate at Columbia Mailman School of Public Health. “Among HIV-positive individuals, we did not find significant associations based on demographic categories such as sex, education, place of residence—urban or rural, or socioeconomic status. However, behavioral characteristics such as having two or more sexual partners in the past 12 months was significant among HIV-negative individuals. Older age, lower education, poverty, and being divorced, widowed, or separated were associated with syphilis.”

Hanging on to tenofovir—the NADIA trial

The NADIA clinical trial research team hopes its new longer-term data will convince the World Health Organization (WHO) to change its guidelines once and for all. WHO did not change its guidelines when NADIA previously found that keeping tenofovir in a regimen despite the presence of some drug resistance was non-inferior compared to switching it over to zidovudine (AZT), as WHO guidelines recommended. That was 48-week data.

But this year, 96-week data reported in a latebreaker abstract showed that keeping tenofovir onboard was actually superior to switching.

The NADIA study also found that the protease inhibitor darunavir (brand name Prezista, also found in Prezcobix and Symtuza) was non-inferior to the newer gold standard dolutegravir in the WHO recommendations.

“Dolutegravir and darunavir-based regimens maintain high levels of viral suppression at 96 weeks in second-line therapy, even when used with NRTIs [nucleoside reverse transcriptase inhibitors, like tenofovir and zidovudine] that have no predicted activity. Dolutegravir resistance does not increase substantially during later follow-up. Tenofovir is superior to zidovudine and may protect against dolutegravir resistance,” the NADIA team said in its conclusion. “Guidelines that recommend a switch from tenofovir to zidovudine for second-line therapy in the public health approach should be reconsidered.”

NADIA stands for “Nucleosides and Darunavir/ Dolutegravir in Africa.” It was the first controlled clinical trial to test the WHO recommendation on switching tenofovir. See statement from Dr. Nicholas Paton, on page 30. WHO guidelines are important around the world, while HIV treatment in the U.S. follows guidelines from the Department of Health and Human Services (DHHS) and the International AIDS Society-USA. See Abstract 137. Go to doi.org/10.1016/S2352-3018(22)00092-3.